Yamaha are offering the opportunity of a lifetime for young riders 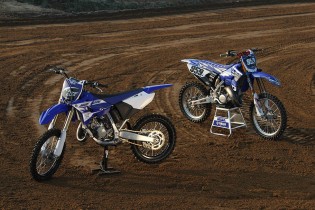 In an effort to develop young talent Yamaha and it’s BluCru program are holding a European YZ125 cup. The winner of the competition will ultimately be handed a contract for Yamaha’s 2017 Official EMX125 Team.

The championship will be held across 13 countries with the best scoring riders from each nation going on to compete at the Superfinale in Germany, October 8th, 2016. In total 42 competitors will contest the finale with each country allocated a set number of race entrants.

The top six riders of the Superfinale alongside two wildcards will enter a Master Class camp hosted by 2008 MX1 World Champion David Phillippaerts. The mentors will then decide which rider will become an official Yamaha Rider for 2017.

Entries are open for young riders born between 2000 and 2004 and are racing in one of the FIM approved national championships onboard a Yamaha YZ125.

Ken Roczen has claimed his second victory of the season in a stunning performance at AT&T Stadium. […]