Ahead of this weekend’s event we thought we would revisit an old feature from Dirt Action 183 written in the wake of the 2014 edition.

Story and photos by Damien Ashenhurst 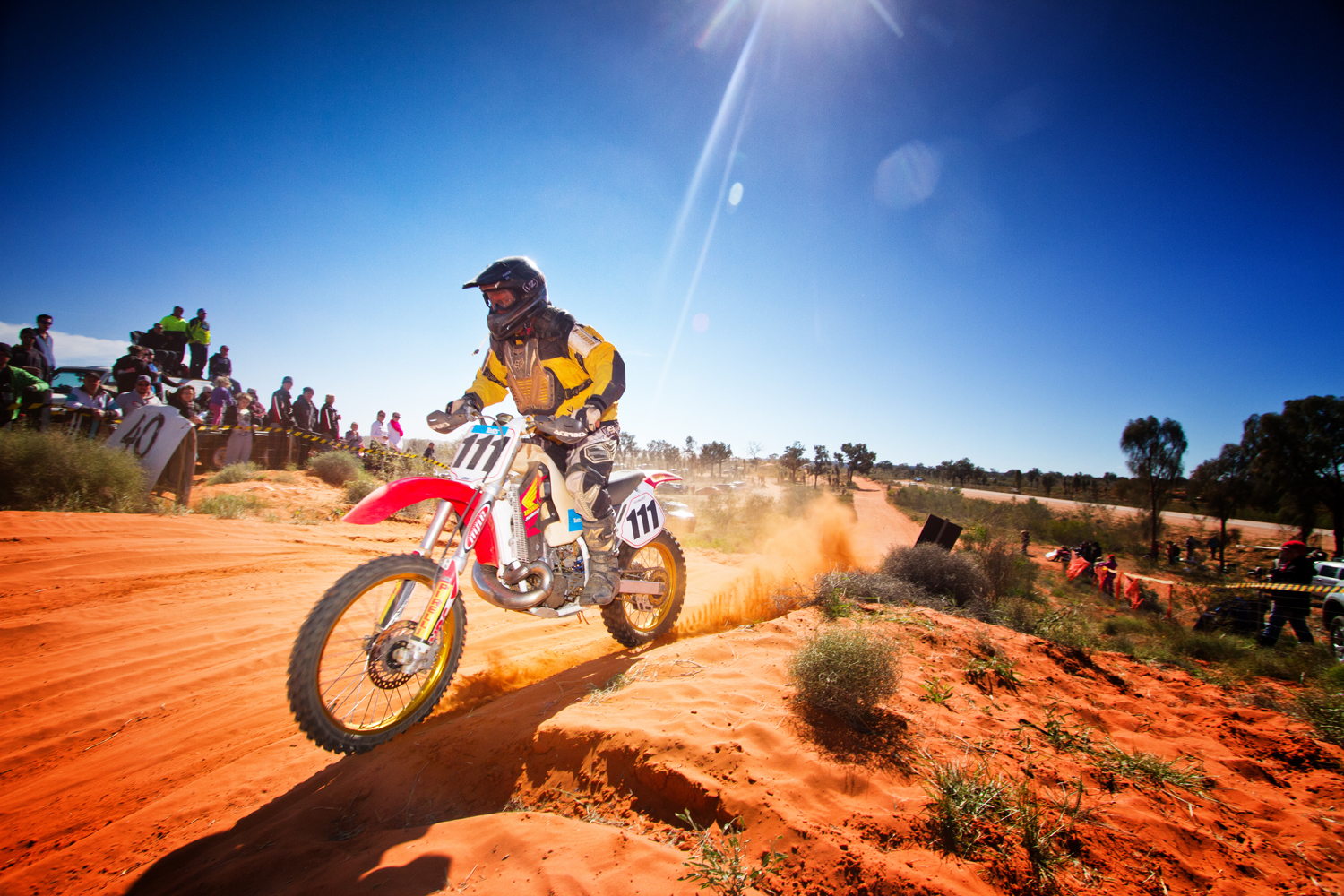 Seems an odd question but does this great race belong to the kings that win, or is it much bigger than that? To survive it must be remembered that Finke is more than just the podium and everyone who enters is as valuable as a factory rider

Finke is Toby Price and Stephan Gall and Rick Hall. Finke is Ben Grabham, Stephen Greenfield and Geoff Curtis. The DNA of Finke is made up of champions like these blokes, but Finke is also so much more.

Finke is the desert. It’s community and volunteers. It’s adversity and tragedy, good times, long drives and family. It’s not just about who won — that’s a small part of the story that plays out every year.

The race doesn’t belong to the team trucks and big budgets. The Finke Desert Race belongs to everyone who has a go, who camps along the track, mans the control points and fuel stops and cleans up the aftermath.

But its most important component is the entrant. Finke is unique in that every single person who enters is exactly as important as a Price, a Greenfield or a Gall. It’s important that this is always understood and that the average rider doesn’t get turned off by the fact that they’re sharing a track with guys who have been and will be making history that will be forever etched onto trophies and featured on morning television.

Everyone who enters makes Finke history. If you’ve ridden it then you’re part of what it’s always been and what it will forever be. If you enter for 2015, then you’ll also be etching your story into the perpetual Finke tale. It becomes yours as much as it is any winner’s. 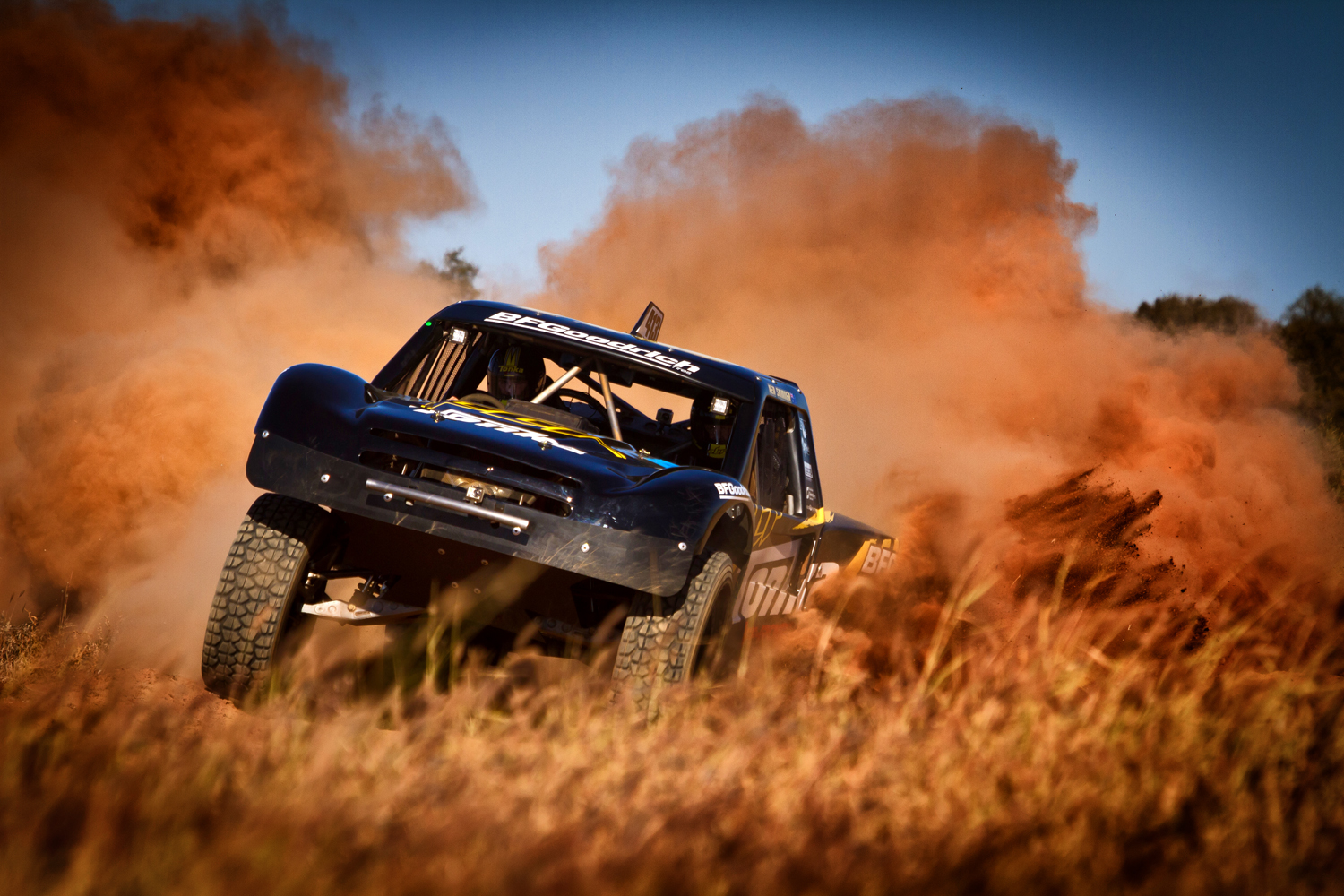 King of the Desert

Toby Price won this year because he’s a one-in-a-thousand competitor. A racer who has sublime skills, a killer drive and the mental and physical capacity to come back from debilitating injuries that could have seen him in a wheelchair for the rest of his life. A racer who can train, practise and focus through the pain to win the biggest race of the year.

What we saw this year, if you’re one for such things, could be viewed as miraculous. Toby is a rider we will all feel privileged to have seen race when the years wind on. “I think it’s going to be really hard to wipe the smile off my face for a while,” he said. “I’ve put in the work but I was never sure I could come back to this level after my injury, and be able to go flat out the whole way. It feels great to get that monkey off my back; I feel like I can put the neck injury in my past and forget about it and go back to doing what I normally do.” 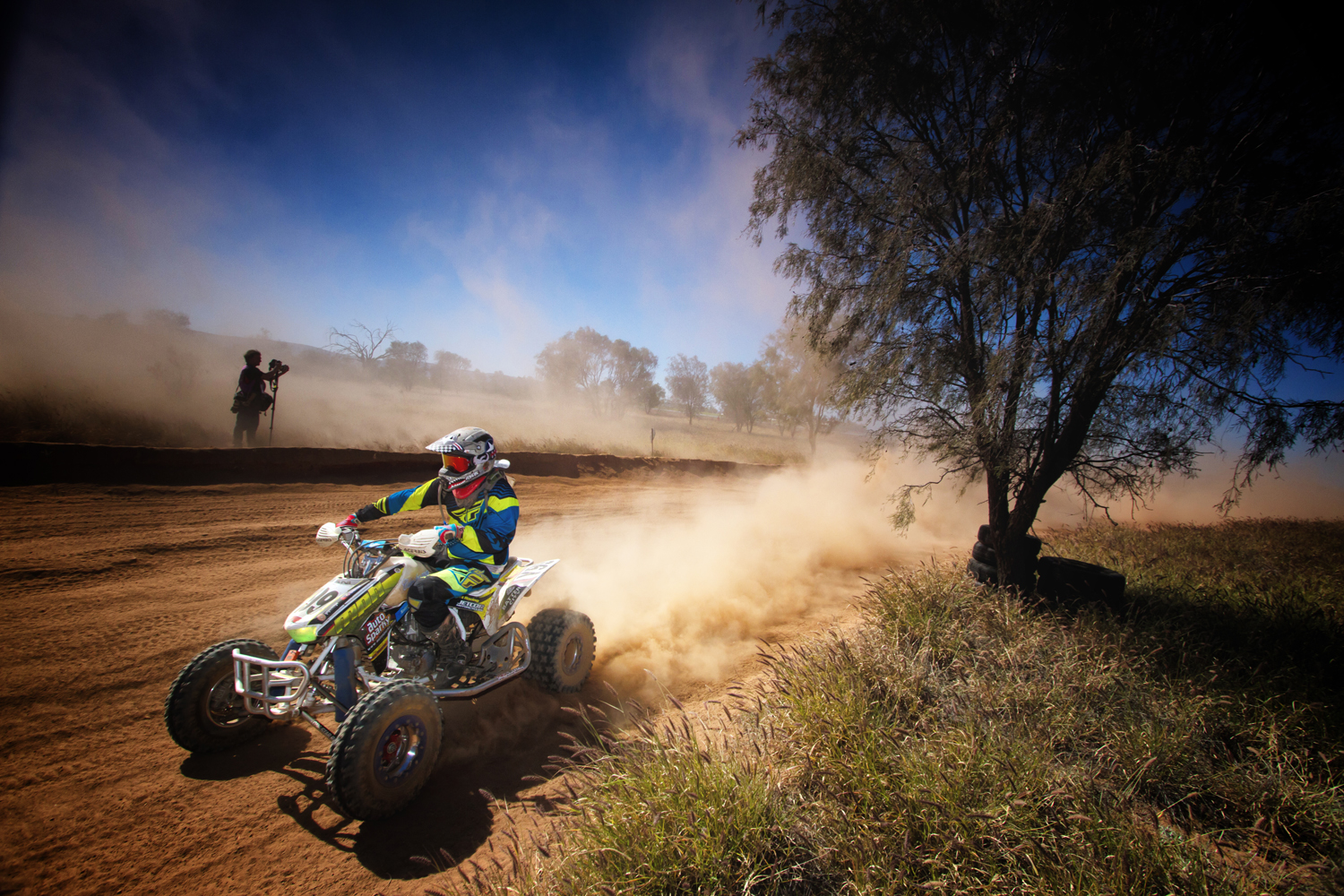 Billy Geddes did something most people thought was next to impossible. He raced to Finke on day one in an Extreme 2WD car, then flew in a helicopter back to the start line at Alice Springs. There he jumped on a bike and raced it down once again. The next day he raced back to Alice in the car, got on a helicopter back to Finke, got on his bike again and raced back to Alice Springs. Yep, he did the race twice in a car and on a bike. That is friggin’ awesome. 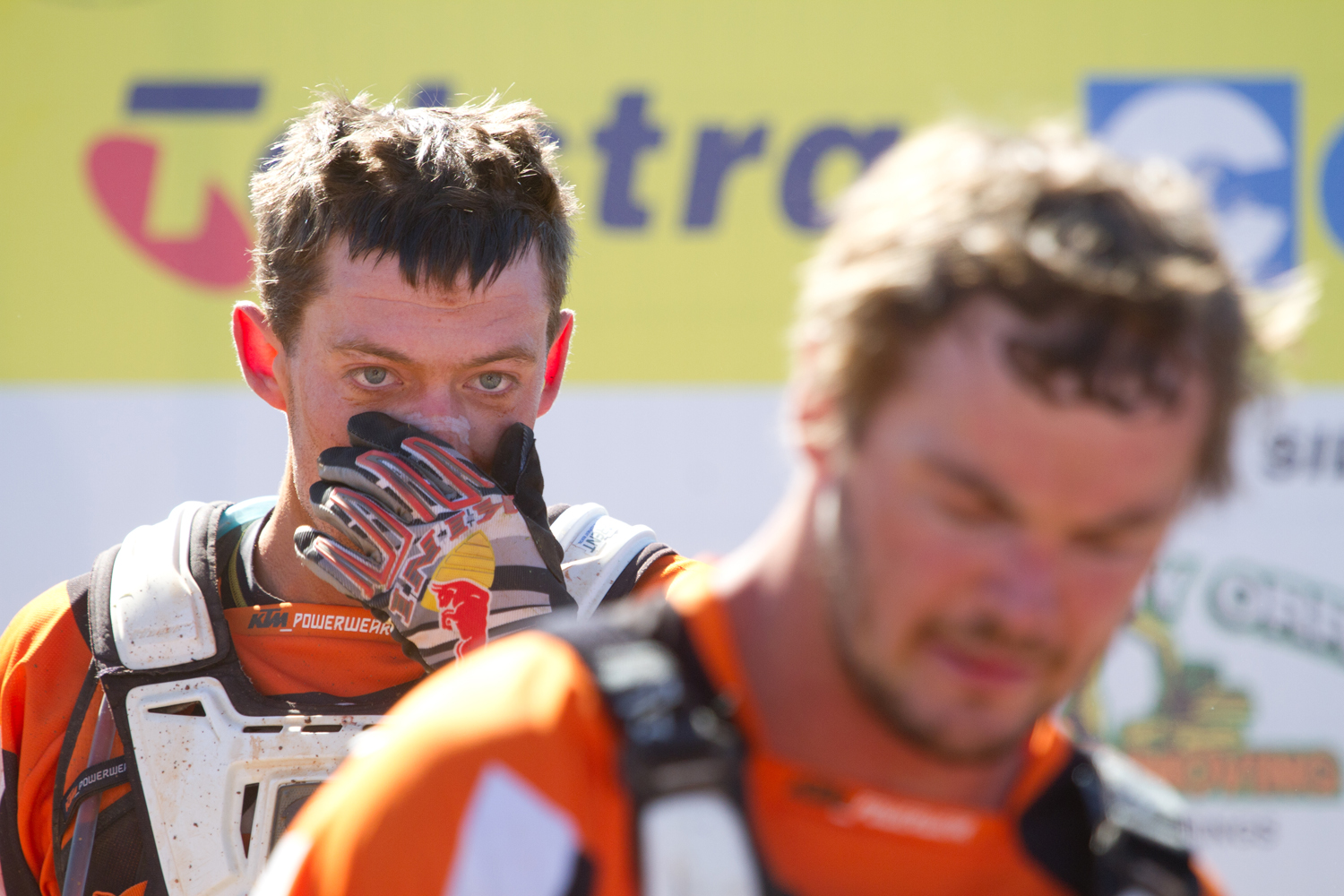 Honda’s David Walsh is an Alice Springs local who represents the best chance for a Territorian to take back the race from the interstate invaders. Toby managed to pull two minutes on Walsh by the conclusion of day one, but that gap didn’t change much for the ride home, which means Walsh was flying. He had a horror year in 2013 but his second place in 2014 is a reward for pushing hard. It might not be too far off when the trophy is signed over to a local and the place will go off when that happens. 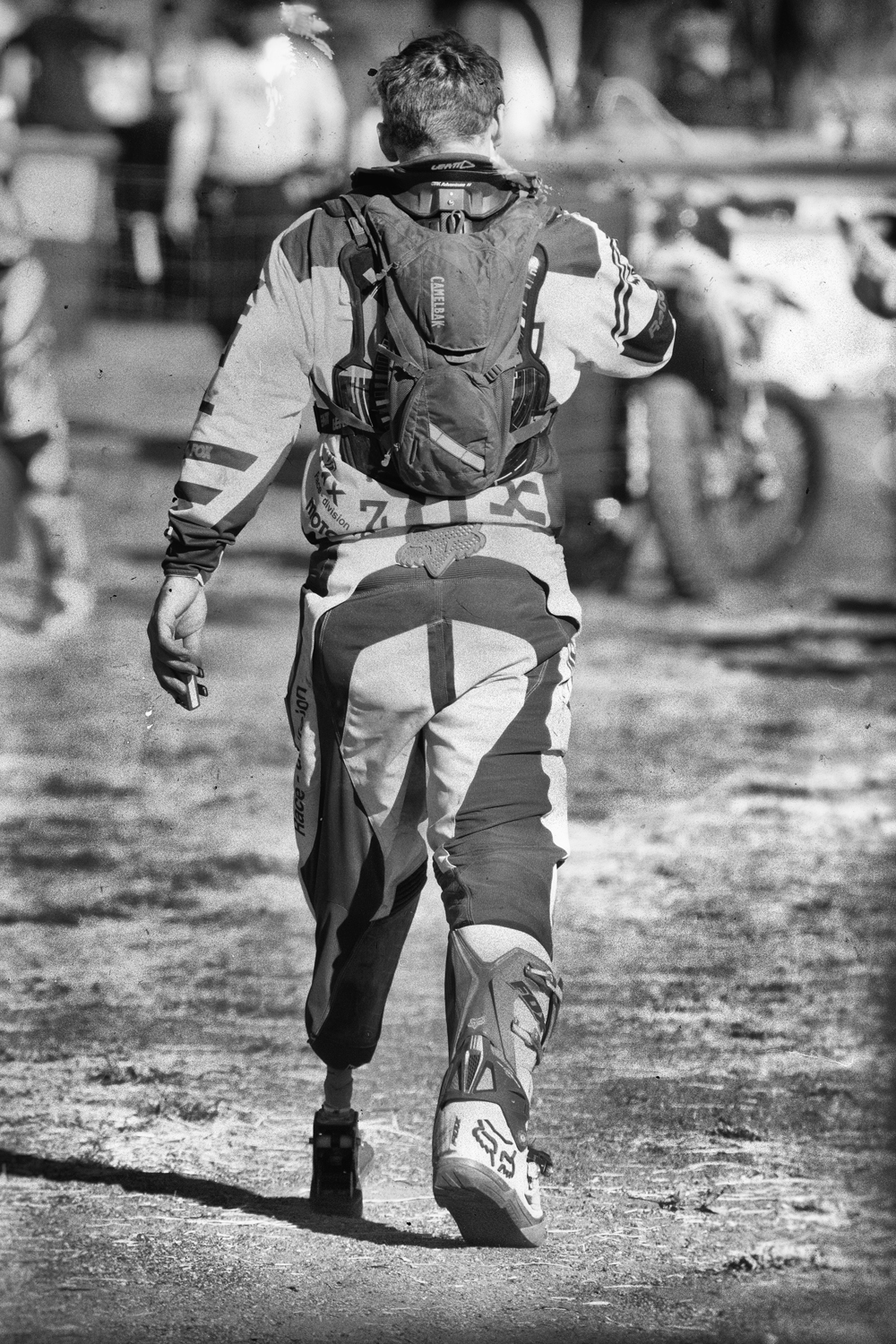 Long way to the top

Ivan Long rides like he’s being chased by Godzilla. Everything is full commitment… pinned. He is insane to watch and has something special about him. He’s on the KTM team under the mentorship of Ben Grabham, who now runs the desert racing program, and there’s no better rider to learn from. Ivan came in third and as soon as he rolled into the area reserved for podium finishers, he held the throttle pinned to the stop and let the maximum revs say everything. It was nice to see some real personality from a bloke who must have been hammered. “This race is so exciting; it’s just ridiculous — the speed over the whoops is out of control!” 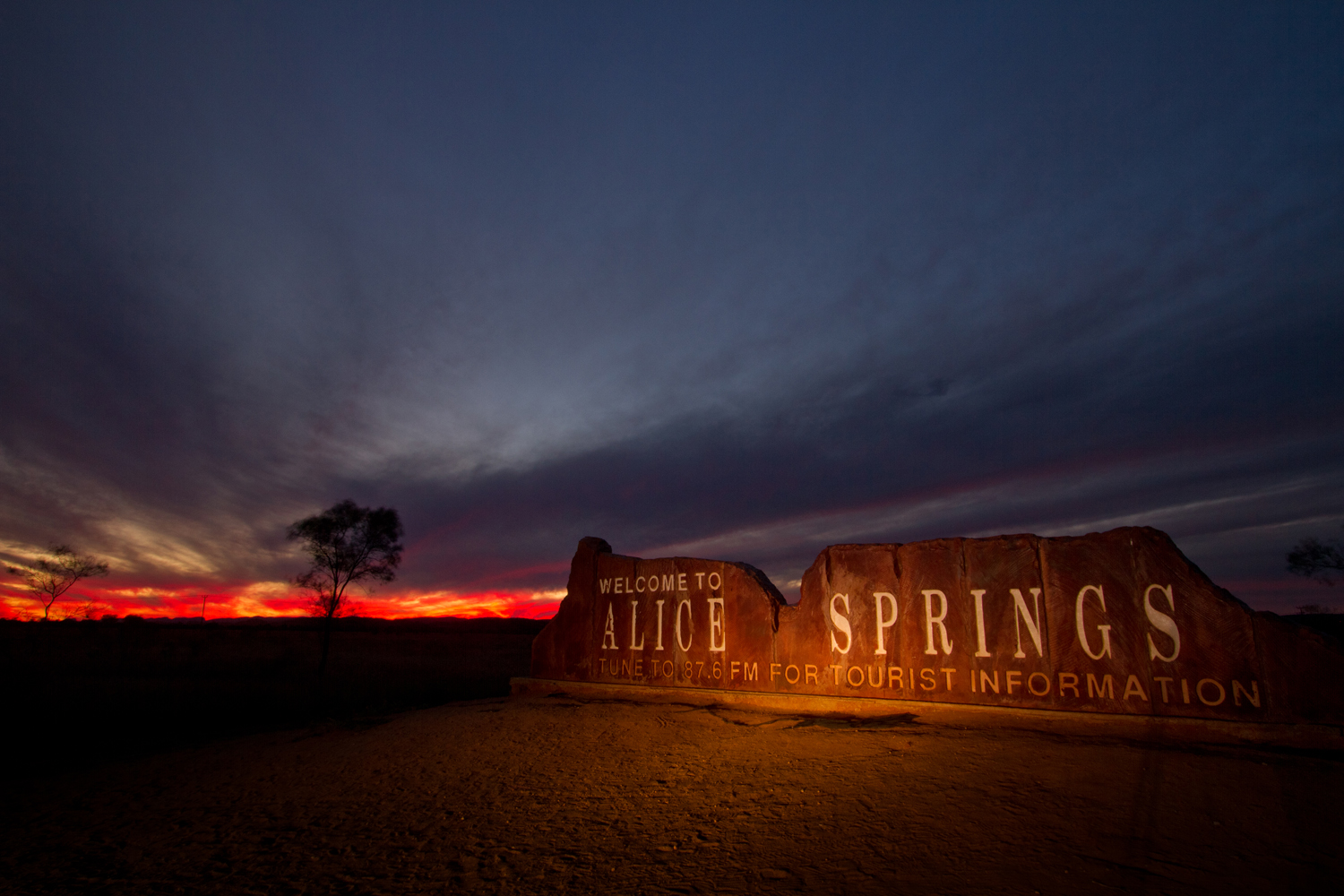 Down but not out

The Active8 Yamaha Yamalube team had a year that didn’t quite come together. The preparation was there, but just before prologue, Josh Green was hit with severe gastro and if he wasn’t at the track he was in hospital. The fact that he eventually finished the race in fourth is testament to what Josh can achieve at Finke. Tom McCormack was hit by the same bug a day later and that put him out of the race and into the hospital bed Josh was in just hours before. Beau Ralston went about his business with a freshly fractured elbow and still brought it all home in 13th in his first attempt at Finke. 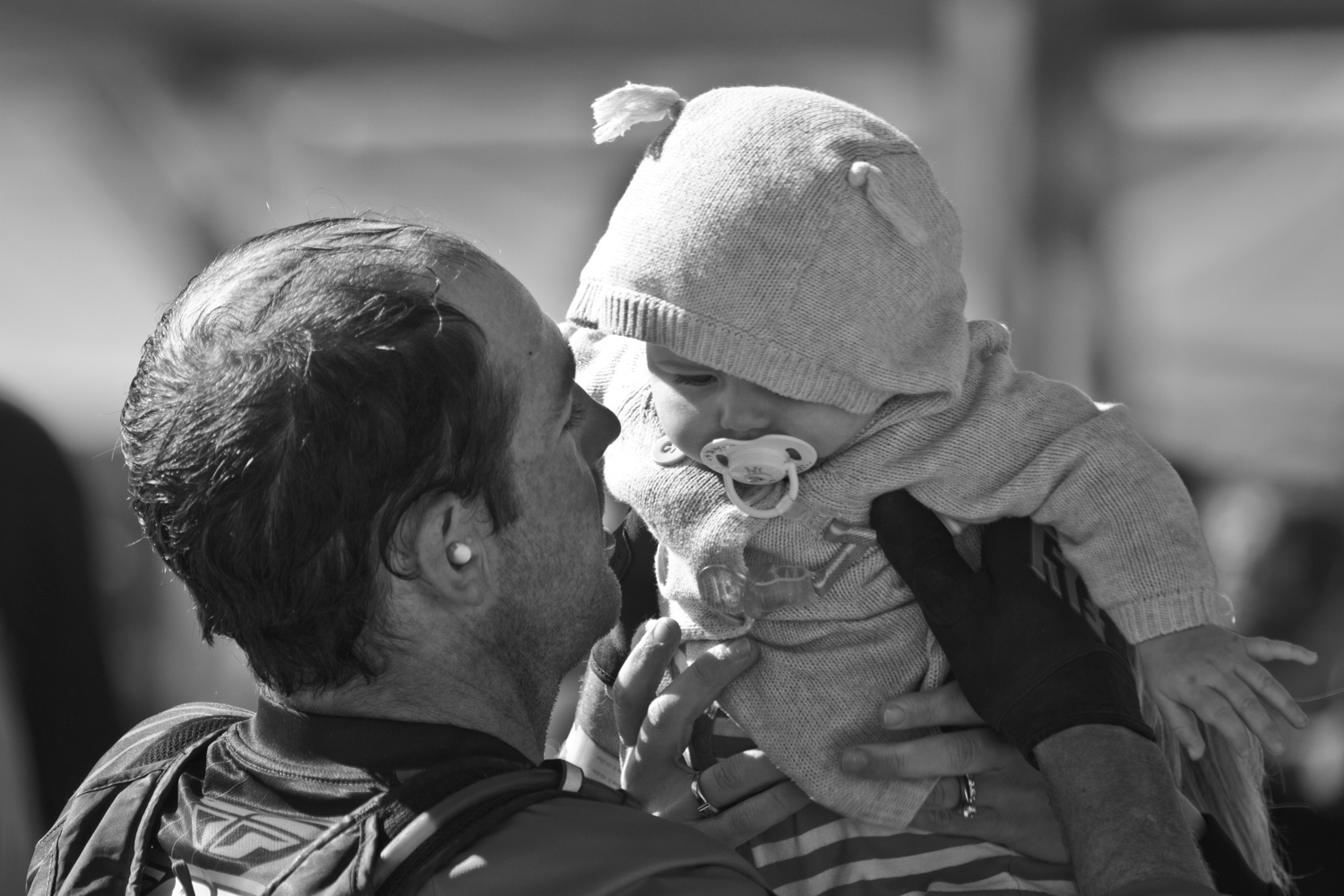 Rick Hall has won Finke twice on CR500s. He and his family are the nicest and most generous people you could ever meet. Rick entered this year with his young daughter Isabelle. This was the first father/daughter entry in the history of the event and both of them finished. “I wanted to experience Finke and see what it’s like to actually race it,” said Isabelle. “I always thought it was tough, but today out there it was really tough. It was so rough out there. I had two falls but it was great crossing that finishing line. This was my first motor bike race and I not sure mum and dad will cope with me doing another Finke.” 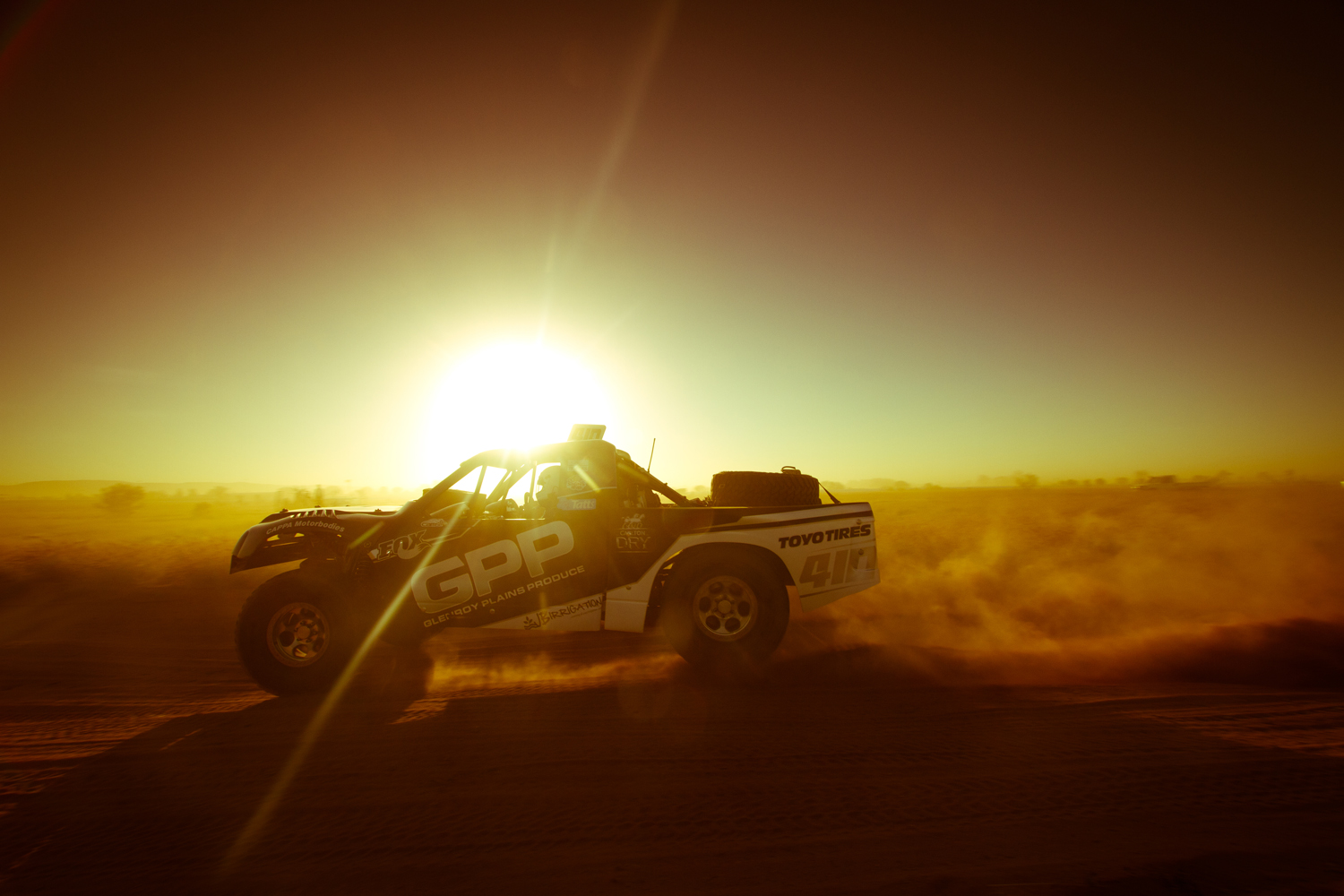 From there you’ve got Tayla Jones winning the Women’s class and finishing an awesome 59th overall. There was a bloke riding a 1200cc BMW HP2 Enduro for the second year and another on a 1981 Maico 490. I even met a bloke who only bought his first dirtbike last December and six months later was racing Finke. How cool is that? There were heaps of 500cc two-strokes as well and nothing sounds better than one of those big units making its way up the track towards you. Well, nothing except the trophy trucks, which sound like the ground has opened up to reveal the earth is powered by an internal combustion engine.

You see, for every ceramic-pistoned, factory-supported rider in the hunt for big contingency, there are a few hundred others who had to take time off work, convince the family, rope in some mates, get their bike sorted and budget for the trip. And no matter where they come in or even if they finish, just having a crack makes them forever a part of the greatest desert race in Australia. Every race after that is built on what they put into it when their time came.

That’s why — and you won’t see this at many races — the finish line crowd stays and applauds every rider who comes in all day till the final bike rolls in. 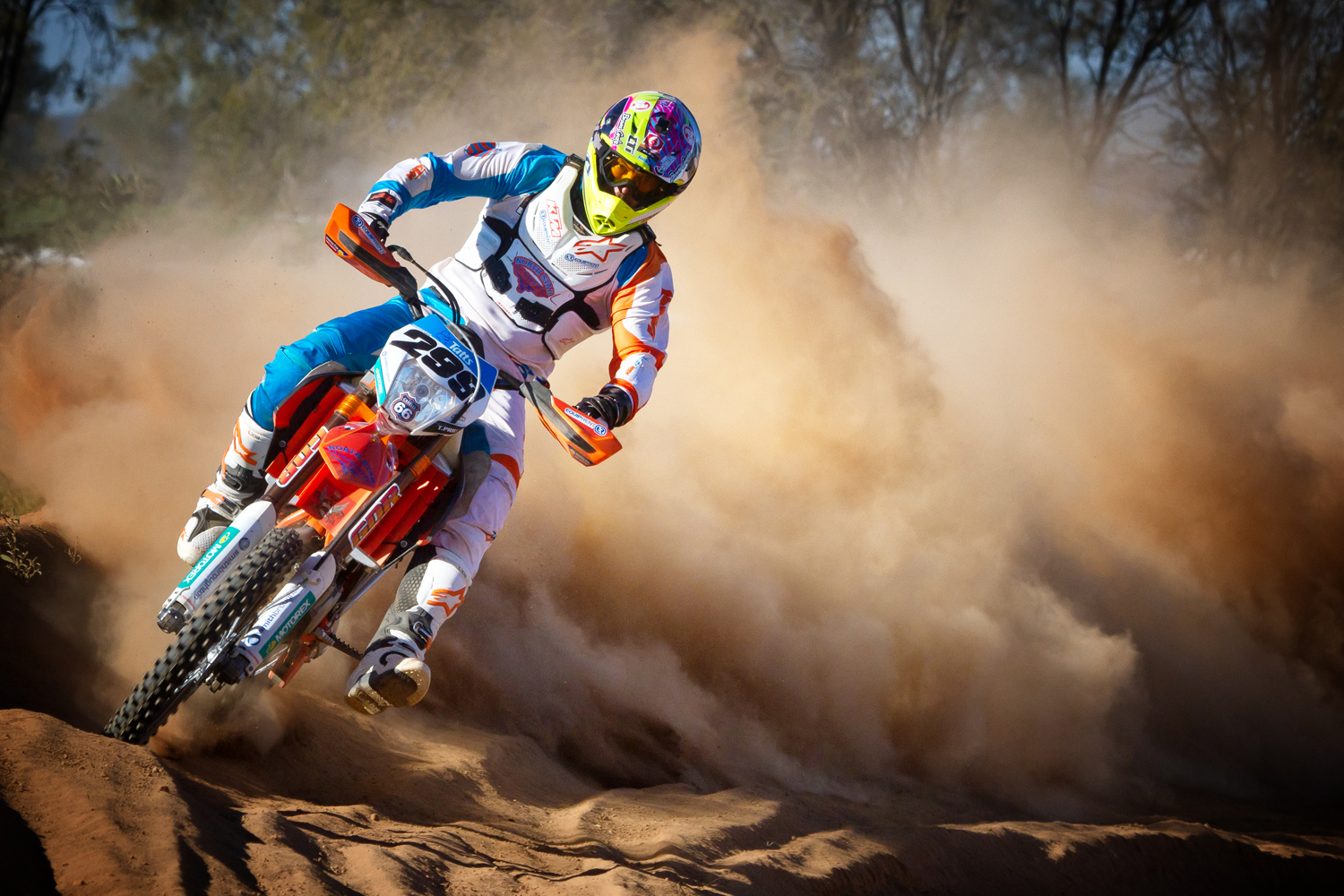 The Australian rider finished runner up at round seven of the 2016 championship. […]

Go behind the scenes with the Yamaha bLU cRU Team as they take on Broadford. […]