This weekend, 2016 champions will be crowned at the Coolum Pines MX Track on the Sunshine Coast. 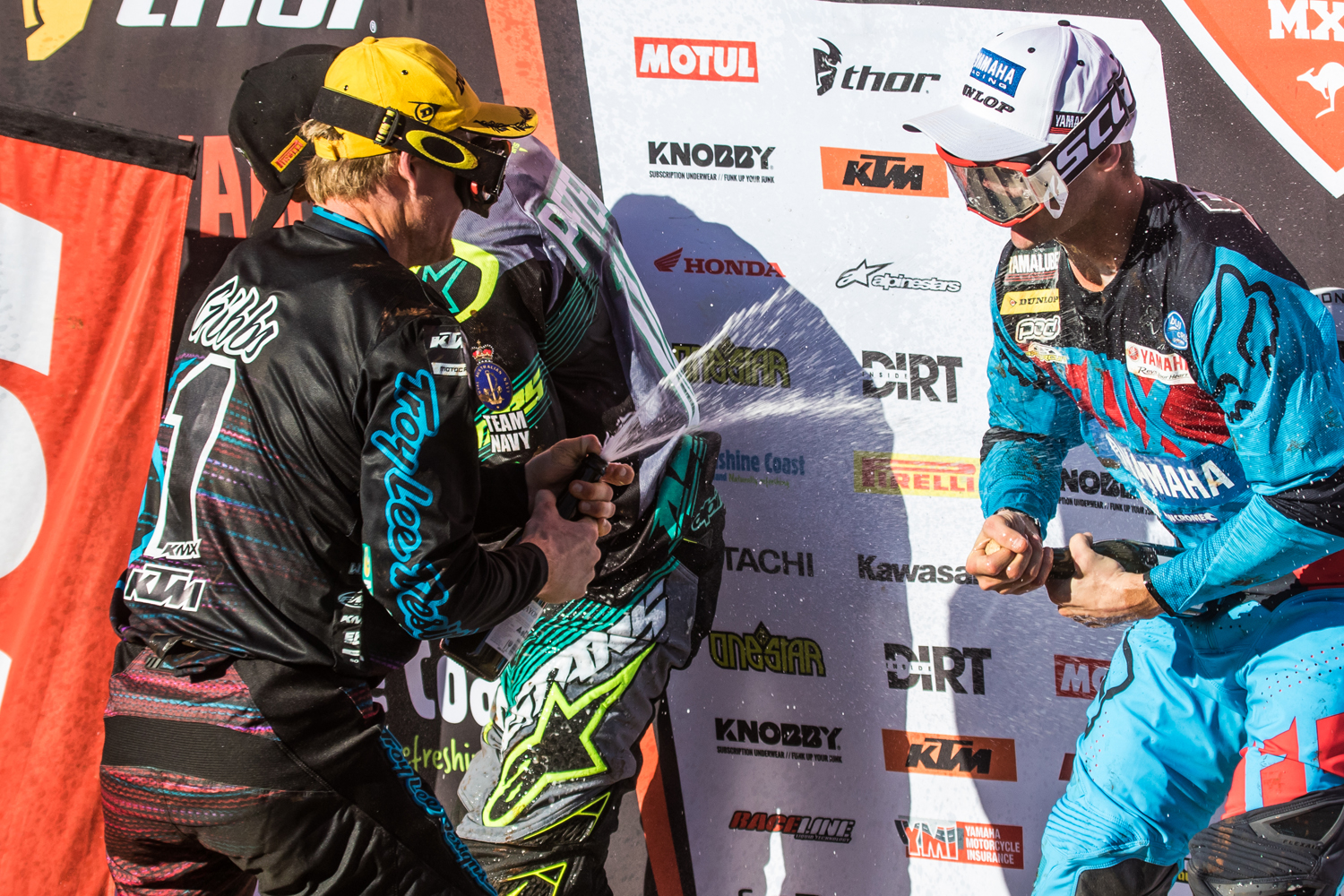 With just a single round of the 2016 Motul MX Nationals remaining, we look back at the numbers that brought us here, and breakdown the fundamental results that now sees three top level riders fighting for a Thor MX1 Title.

This weekend, there will be numerous key factors that will play a role in deciding this year’s champion. The 3,2,1 points system in GoPro Superpole will be crucial to the top three riders, and in the event that riders tie on points on Sunday, the 2016 title will be awarded based on number of race wins. One thing’s for sure, when it comes to racing, ANYTHING can happen.

KTM Motocross Racing Team’s Kirk Gibbs has proved this year that consistency is the key to success. He’s been on the podium more times than any of his competitors, yet hasn’t won as many races, and his ‘quietly chipping away’ attitude has paid off. With one round remaining, Gibbs holds on to a six-point lead, but this weekend there will be no backing off for last year’s MX1 Champion.

CDR Yamaha’s Dean Ferris has been explosive this year. He’s won double the amount of races than his competitors, and despite being the only rider in the top three to register a DNF, he trails his closest competitor Gibbs by only six points. This weekend, Ferris’ will be aiming for two race wins, and another GoPro Superpole victory if he’s to finally clinch this year’s championship.

Wilson Coolair Motul Factory Suzuki’s Todd Waters has only won a single round this year, however has been on the podium an impressive six times throughout the season. Despite trailing points leader Gibbs by 24 points, Waters is still within striking distance of this year’s championship. Both Ferris and Gibbs would need to have an issue at the front, but if there’s one thing we all know at the MX Nationals, it’s that it’s never over until the final chequered flag flies.

The tenth and final round of the 2016 Motul MX Nationals is set to be held at Coolum Pines MX Track, this coming weekend August 27-28.

Raceline Pirelli Suzuki had an encouraging day at the opening round of the 2014 Monster Energy MX Nationals, with both Ryan Marmont and Geran Stapleton showing glimpses of what is to come this year. […]

Intense is one word that sums up today with temperatures soaring so high, to the point the Event Management team together with the team managers decided to reduce both MXGP and MX2’s second race by five minutes. […]

JDR/J-Star/KTM rider Tye Simmonds earned his career best finish at the final round of the AMA Supercross Series. […]