The Red Bull KTM rider has succumbed to a knee injury he picked up at Anaheim 2. 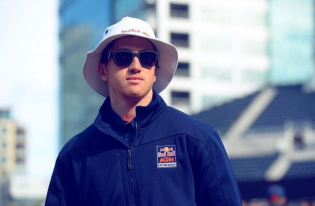 The injury woes continue for Dean Wilson who has confirmed he will miss the remainder of the Supercross season. The rider suffered a torn ACL and bruised MCL following a nasty crash during practice for round three.

This is the second season in a row that Wilson will sit out due to a leg injury. Before the incident he had recorded 9-15 finishes and was looking strong in the 450 class.

Red Bull KTM will now rely on the two rider lineup of Ryan Dungey and Marvin Musquin who both scored a podium finish in Oakland.

The 2014 KTM SX range has broken cover. Check out studio images of the entire range. […]

Victorian Josh Cachia has risen for his first podium of 2012 in the MX2 category of the MX Nationals, Australian Motocross Championship, at Wonthaggi in Victoria on Sunday. […]