The 2013 champion will join Rockstar Energy for the CMRC Canadian MX1 Nationals next year. 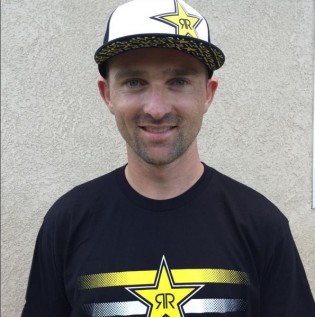 The South Australian rider finished third in this year’s championship and will be teaming up with 2015 MX1 victor Matt Georke for 2016. The pair will form a formidable partnership for the Rockstar Energy team and will be extremely competitive aboard their Yamaha YZ 450F bikes.

“For me to return to Canada is a great move for my career.” Metcalfe commented. “It’s been a successful move thus far, looking back at the two seasons I’ve raced there.

“Signing with Rockstar Energy OTSFF Yamaha is something I’m excited about. It looks like a strong team and I’m looking forward to getting started and keeping the ball rolling,” Metcalfe added.

Rockstar Energy’s Marketing Director Mike Kelso, was instrumental in configuring the deal and is extremely excited to have Metcalfe back on board. The Australian rider previously rode for Rockstar in the 2012 AMA Pro Motocross Championships.

“We have been trying for years to get Metcalfe back on a Rockstar program, as he is a world class athlete and a true pleasure to work with. I’m happy to say Brett is back where he belongs,” Kelso noted.

Metcalfe’s next move will be a return to South Australia to compete in the third round of the Australian Supercross Championship at Wayville Showgrounds.

For a handful of classes today the stakes were extra high, with riders wanting to put their best foot forward in as they continue their 2015 KTM Australian Junior Motocross Championship campaigns. […]