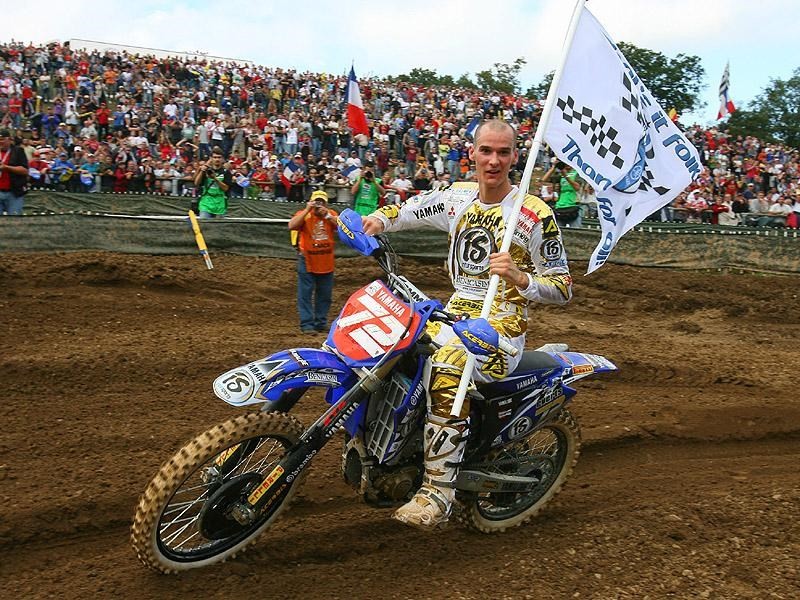 4 – He is the only person to win world titles on all four Japanese manufacturers.

5 – He won the 2003 Brazilian International Six day Enduro (ISDE): “I am really proud I won my first enduro race, especially as it was the Six Days. “The big difference between motocross and enduro is that at cross I need to be focussed for 40 minutes; but at enduro we ride for five hours. I haven’t really made any special preparations for this event. I came here to enjoy myself.”

7 – He had rad bikes. This factory machine was developed for the World Championship and based on the production YZ426F 4-stroke motocrosser. In order to compete with the over 600cc 4-stroke machines entered by other manufacturers, the engine displacement was further increased and mounted on a specially designed aluminum frame. Large-scale modifications were also made to the un-sprung components to boost overall performance in terms of lighter weight, greater compactness and boosted output. On it, Stefan won his first 500cc championship and his fifth career title. It also brought a third Manufacturer title for Yamaha.

9 – He won his final race at the 2006 MXdN where he shadowed and then passed James Stewart around the outside of a right hander and then in the press conference he dropped this sweet burn; “It was a pretty easy win you know. James said he was riding for the team. It was of course very pity (sic) that Ricky didn’t ride. Probably he would’ve tried to race for the individual victory.”

Ken Roczen has swept the third round of the Lucas Oil Pro Motocross Championship to extend his overall points lead. […]

Todd Waters on the podium! […]

Take the top five MX1 contenders, six test riders, 200 litres of Mt Franklins and enough sports tape to run a gymnastics team and we’ve got ourselves a shootout! […]