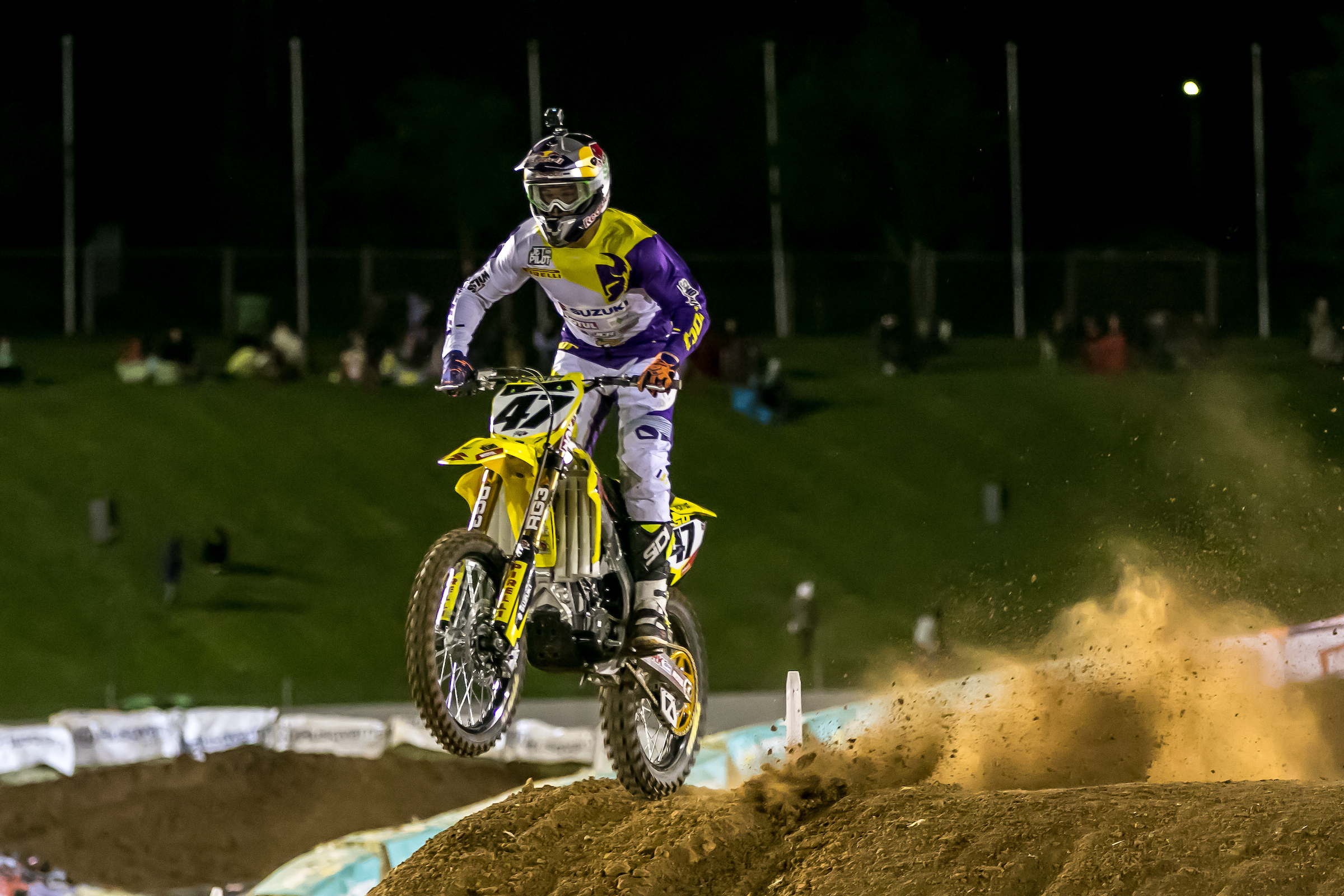 The technical and lengthy circuit proved to be tricky for a number of riders yesterday evening, and when Waters and Wilson hit the track, both riders were dealt with their fair share of highs and lows.

Waters started off round two in spectacular fashion qualifying in second position, then when the night show kicked off, Waters took the second heat win setting himself up as the man to beat in the 20 lap main event. And when gates dropped in the main, Waters once again was quick off the start and before long had increased his lead to close to eight seconds. But in the later stages of the race, Waters went down in the whoops section forcing the Queenslander to DNF.

“We’ve been working hard during the week – our speed was good, and we managed to get the win in the heat race which was a good start to the night,” Waters explained.

“When we got in to the main, I got a good start and I pulled about an eight second lead on the field and next minute I knew I was on my head.

“I’m not really sure what happened, I was in control and riding a good race but it wasn’t our night. I had felt fast through that section all night, but it bit me and sometimes that’s just what happens.”

Wilson who finished inside the top ten at the last round at Jimboomba, experienced ups and downs at round two at Toowoomba. After qualifying in 14th position, Wilson unfortunately crashed out of his heat race, but when the main event commenced, Wilson proved that consistency was key, putting in clean laps to wrap up the evening in 9th overall.

“This round was tough. I don’t feel that I rode that well, but I wanted to ride smart and just put clean laps down which we did,” Wilson shared.

“I had a crash in my heat race and I corked my leg really bad which was giving me a bit of trouble, but we managed to get through.

“In the main, I pretty much just went lap for lap by myself, stayed consistent and it paid off. To finish inside the top ten and get some solid points for the team is good, and now I’m just looking forward to getting to round three.”

Wilson Coolair Motul Factory Suzuki will now begin preparations for round three of the 2016 Australian Supercross Championships being held in Adelaide in South Australia, on Saturday October 29.

Pirelli supported riders took podiums in all three classes at Shepparton MX Nationals, including a Moto win in the MX1 class to Todd Waters. […]