Suzuki MXGP rider Ben Townley will line up for the opening round despite an early injury scare. 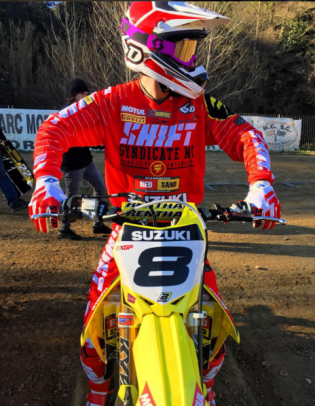 The New Zealand rider injured his knee while copping a knock at the Valence International last weekend. Much has been said about the incident which also involved Red Bull KTM’s Jeffrey Herlings.

“I twisted my knee in the Super Final and it didn’t feel good so I decided to retire from the race,” said Townley.

“I’m going to ride Monday and Tuesday again to prepare for the MXGP of Qatar.  I’ve been preparing myself for over nine months now. I started at that time to be ready, if I had the opportunity to race again that I got.

“I don’t have any expectations, my personal goal is to get the best possible starts I can, and that I can ride within myself so I can build up from there on.”

Team Manager Stefan Everts is grateful that Townley has pulled up okay after publicly sharing his distress with Herlings aggressive riding nature.

“I’m happy that it was only a minor injury,” said Everts. “Now we can have the whole MXGP team in Qatar. We have a great new race set-up and I’m excited to start the season.”

The first round of the MXGP season kicks off next weekend in Qatar.

Cianciarulo Will Return for the Pro Motocross Championship

The Monster Energy/Pro Circuit/Kawasaki rider has recovered from a broken wrist and will line-up for the Hangtown opener. […]

Today we’re taking a look at Chad Reed on all the different brands he’s raced through the years. So we have clips of CR22 on Yamaha, Kawasaki, Suzuki, Honda and Husqvarna and we snuck in […]