When just fine tuning the small things makes all the difference 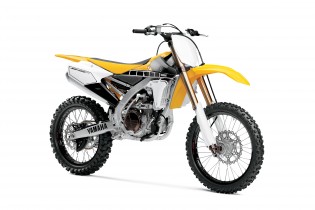 In a round of golf, a player may walk over six kilometres to finish 18 holes but the difference can be a couple of millimetres between a good score and a bad one. In the game of cricket, a millimetre can be the difference between a batsman staying in or getting out. In football, commentators often talk of the one-percenters, the small things that make all the difference and can take one team to victory — and that leads us directly to the 2016 Yamaha YZ450F.

In 2014, Yamaha significantly updated the YZ450F. There wasn’t much that wasn’t changed from the previous years. In 2015, a host of smaller refinements were implemented, aimed mainly at any durability issues on the ’14 model, and now Yamaha has just unveiled the 2016 model to the media, again with more small refinements.

On paper, the changes and updates don’t look like a game changer. In fact, to the average punter casting an eye over what’s been upgraded, it’s hardly enough to get any rider excited but as we mentioned above, sometimes all it takes is just a bit here and there and it can change the overall product significantly.

Unless you’re a Yamaha guru, you’d be hard pressed to even spot many of the visual changes to the 2016 model bike when lined up next to a ’15 version. The larger 270mm front brake rotor is the most obvious, along with the graphics and the fact that it may well be yellow.

The frame has also been updated with 12mm added in the lower region near the footpegs while the motor mounts have been changed as well. The footpegs have been lowered 5mm to space out the ergo layout and add some extra room. The final chassis updates are the change from 22mm offset triple clamps to 25mm as well as some fine tuning of the suspension settings.

The motor gets an updated cam as well as the introduction of a launch control system similar to what comes with the KX450F.

As we said, not huge and nothing that will make you bolt to your local Yamaha shop, but let’s at least put it on the track before we keep the 2015 model for another season.

CDR Yamaha has been moving the footpegs on the race bikes for the past two seasons. They actually lower them and move them back slightly and most riders like the feel. Yamaha only lowered the production pegs, but 5mm is enough to feel a difference and add to the rider comfort level. Both Josh Green and Beau Ralston, who ride the 2015 model, noticed the difference and felt it was an improvement.

Otherwise, not much else has changed in the way you straddle a Yamaha. The seat-tank-handlebar relationship is the same as last year and easy to get used to. The talk of feeling wide at the front near the radiators also seems to have disappeared as riders don’t even mention it when getting on board. The throttle pull is ultra-light and the clutch pull is nice and consistent.

Maybe the biggest change for the better is the upgrade to the 270mm rotor to add more pull-up power on the front brake. For years, the aftermarket brake makers have been building 270mm rotors to suit the Japanese brands; finally, now all of them are making a larger front rotor as OEM and it certainly does increase brake power and feel. But you know the 280mm rotor is already available from aftermarket companies, so the game won’t end here.

Yamaha certainly isn’t lacking in the horsepower department and there’s no doubt the battle for king of the jungle in the 450cc motor department is between Yamaha and KTM. Yamaha made some good power gains last year and produced a bike that hit the track around the 58hp from new. That is a crazy figure from a standard bike.

For 2016, Yamaha didn’t want to make more power; it wanted to make it more usable, so instead of fiddling with a bunch of electronics you’ll never understand it did it the old-fashioned way, by changing the inlet cam. The power is now smoother and broader but still extremely powerful. The 2016 motor seems to have a greater breadth of power than its predecessor and carries gears just that yard or two longer.

The pick-up from idle is still instant and extremely responsive but it’s the smoothness of the power as you roll the throttle that’s changed and makes the bike just a little bit easier to ride in all conditions. But, make no mistake: this thing is fast, damn fast, and if you’re brave enough to roll that right wrist back it will continue to produce power. It’s an impressive motocross motor that also has some versatility to it thanks to the power spread and the GYTR Power Tuner.

The ECU now comes with a launch control system that isn’t unlike that on the KX450F. Basically, once the system is engaged a red flashing light will appear on the handlebars and you’re set to go. This triggers a map designed to reduce wheel-spin and help get the bike off the line in a much more controllable fashion, until you click third and then it’s back to the usual ECU mapping. The system is a little more advanced than the Kawie one as it has a rev limit that works with the wheel spin. It’s like a very basic track control for dirtbikes.

I said this with the Kawie and feel the same here. In theory, these ideas work perfectly and are worth the investment of R&D. On the track, they don’t work as well and, for me, locking down a holeshot button at 120mm using the right technique and giving it some jandal is my preferred option when facing a starting gate. It has merit and will continue to be developed; it’s just not there yet to my mind.

Cast your mind back to the 2011 YZ250F — now think about the 2012 YZ250F. Yamaha pulled the same card from the deck again here with the 2016 YZ450F by widening the frame near the peg mounts to help increase lower rigidity, yet they built in some flex higher in the frame via the motor mounts. Anyone who rode the 2011 and 2012 YZ250Fs will tell you the small change in frame rigidity makes a huge difference on the track. It’s no different with the 2016 YZ450F.

Yamaha has looked at a few ways to increase rigidity low on the chassis. Take a close look at Kade Mosig’s bike and you’ll see the swingarm has been beefed up. This was also a mod applied to the race bike used in the US and Japan but the test riders felt there was too much rigidity for the average rider and elected to use the frame to make the change.

The new frame, combined with the 25mm triple clamps, does give the 2016 machine a more planted, stable feel at all points of the track. It was an issue for some riders of the 2015 model that it had a vague front-end feel right at turn-in on a corner but this has been significantly reduced. While the bike might not turn as quickly, it turns far more accurately and the front end offers more bite. I can see the 22mm clamps coming out for SX but, in the real word with real dirt and a range of conditions, more riders will feel the benefit of the 25mm offset and the settled frame.

Excluding Yamaha, every other manufacturer has fallen over itself in an attempt to get the air fork down the production line and it’s hurt their on-track performance. There’s no doubt the air fork will be the way in the coming years as the development continues but, right now, the quality of the production air fork verse the tried-and-true KYB SSS fork on the Yamaha is no contest. The spring still gets the job done.

It has a plusher feel than 2015 and it almost borders on soft once the fork is bedded in after a few hours. Most riders will find they’ll need to keep the compression clickers round the 6–12 mark to keep the fork up but the overall action is very good and works well in Australian conditions.

The shock is another highlight and, once you settle on a ride height that suits your style, it works extremely well. The old-fashioned 100mm doesn’t really work on modern bikes with most Yamaha teams using a ride height of around 106–108mm with 36–38mm static sag. When the YZ450F is used for off-road or enduro that can even go out to 115mm and still not lose any front-end feel.

To the dismay of every minibike parent in the country, sometimes you don’t need to buy or bolt on the biggest and brightest parts to make a change. A small refinement in the right place can make a world of difference on the track and the 2016 Yamaha YZ450F is the perfect example of that. The tweaks to the frame have made it a more stable, balanced package. The new cam profile spreads the power across a wider range and delivers it in a smoother fashion. The 270mm front brake rotor offers more braking power and, to my mind, if it handles better, has a better spread of power and stops faster, then it has to be a better bike that the one it replaced, right? 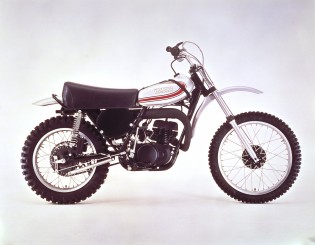 In a late season development that will stun many, the Berry Sweet Lucas Oil Yamaha race team has accepted Tye Simmond’s retirement from all professional motocross/supercross effective immediately. […]

Reigning AMA 250SX West Champion, Cooper Webb will stay in the West to defend his title in 2016. […]