The 2016 FIM Motocross World Championship calendar has been revised. 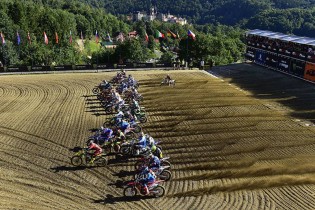 The provisional calendar will include four new Grand Prix venues including the Sepang International Circuit in Malaysia.

For the fourth year in a row Qatar will host the opening round starting February 27th.

The biggest shock of the calendar belongs to the penultimate round which will be hosted by Charlotte Motor Speedway. Traditionally a NASCAR track, the circuit previously hosted supercross series from 1996-1998.

Brett Metcalfe has opened up about his return to Australian racing scheduled for round three of the Australian Supercross Championship at Wayville, Adelaide. […]

Update: The fight to save Reedy Creek and Stanmore MX clubs

06/12/2011 Shane Booth NEWS Comments Off on Update: The fight to save Reedy Creek and Stanmore MX clubs

An update on the progress to save or replace Reedy Creek and Stanmore Motocross tracks. […]