Sunday may be the main event at Hattah, but it’s Saturday that provides a snapshot of the future for the high-profile desert race out near Mildura, and if last weekend was anything to go by – that future looks decidedly KTM Orange. 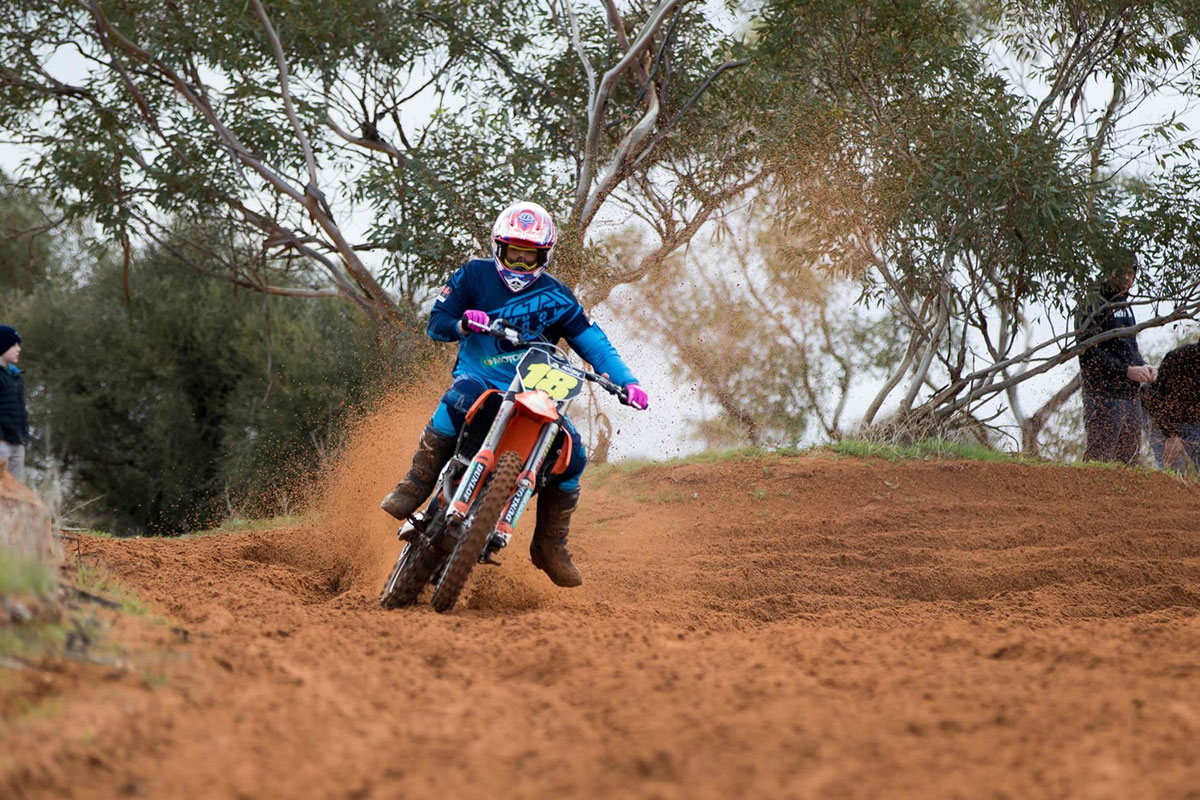 Saturday at Hattah is the juniors’ time to shine, and juniors on KTMs flat out ran away with the show, taking overall honours in the Big Wheel Juniors category, and doing likewise in the Small Wheel Juniors.

KTM Junior Motocross Racing Team rider Mason Semmens took a comfortable win in the Big Wheels Juniors, the Ringwood KTM-backed rider taking what turned out to be a comfortable win of over three minutes ahead of another KTM250SX-F rider, Morgan Fogarty.

Just over 9 minutes further back Connor Adams made it a KTM 250 SX-F trifecta, with KTM200 rider Liam Mason crossing the line in fourth. In the Small Wheels Junior event the result was even more telling, with KTM85SX machines filling the first five positions.

Gus Riordan won on the Cobram Estate Express Diesel KTM with an almost four-minute buffer to Senna Agius, with Ty Kean and the Bolton Motorcycle Choice KTM in third.

Top female finisher Madi Healey was next over the line just 10 seconds further back on the AJ’s M-Cycles KTM, with Brock Deveson rounding out the top five on his Cory Deveson Concreting KTM.
The news didn’t get much better for the opposition at class level either, with KTM winning three of the five specific Big Wheel classes, and three of the four dedicated Small Wheel classes.

As the Small Wheels classes got their chance to play in the sandpit it was Gus Riordan at the head of a KTM 85 SX stampede, leading home Senna Agius from Ty Kean.

Among the little guys, Lachlan Metcalf was king, at the head of a KTM 65 SX trifecta that included Jackson Versteegen and Levi Stephens, while Madi Healy easily led home a KTM 1-2 in the girls, with Jessica Robertson second.

While Tye Simmonds’ and Daniel Sanders’ dominated Hattah 2016 with an incredible battle, a horde of orange throttle twisters had – a day earlier – already done their best to show that there are plenty more where they came from.

KTM secure the Finke/Hattah double for the third year running. […]

It was a mixed day for the team with Dean Ferris losing his red leader’s plate and Dan Reardon succumbing to a virus. […]

GMR Motorex KTM racers continued to perform well during qualifying at Murray Bridge in South Australia on day four of the 2011 Australian Junior Motocross Championships despite wet and muddy conditions. […]