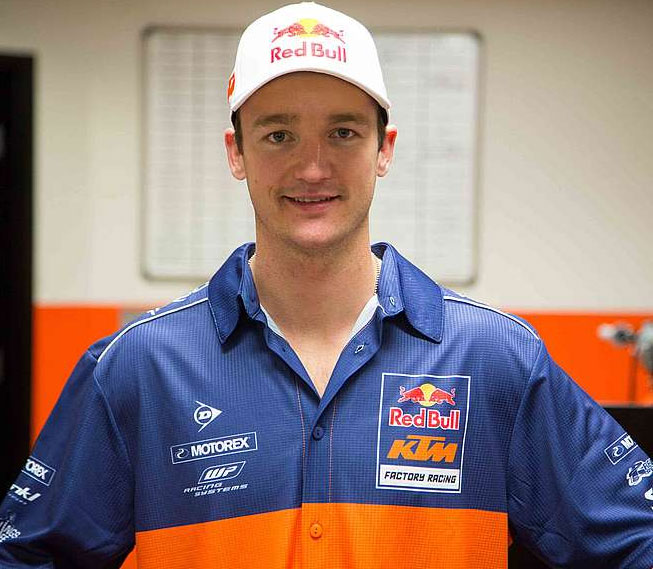 Dungey will return to the team for his third season aboard the KTM 450 SX-F Factory Edition motorcycle. The bike was designed especially for Dungey and will now also be used by other KTM support teams as well as by his teammate Roczen.

“Next year’s competition is going to be tough with several young, fast and talented riders entering the 450 class,” commented Dungey. “The competition is strong which pushes us all to step up and ride faster. This will be my third season with Red Bull KTM and KTM is pushing to win a US Supercross Championship. My goal will be to win as many races as possible and consistently finish on the podium to work toward earning that title.”

The 2014 Supercross Series will mark Roczen’s first full-time jump to the 450cc bike. Roczen has raced the KTM 350 SX-F at select Supercross rounds in the past but moves up to the 450 SX-F Factory Edition for the approaching season, explaining, “I’m really looking forward to stepping up to the 450 in both Supercross and Motocross classes next year. I feel really good riding the bigger bike. I know the competition will be tough but my goal is to battle up front each week. I’ve changed a lot of things in my program so I can run up front.”

Musquin will return to the 250 SX class racing the East Supercross Series. Musquin earned four wins during the 2013 season and finished 2nd place in the overall point standings. For 2014, Musquin is more determined than ever to earn the championship, stating, “My focus is 100% to win the 250 SX title next year. In 2012, I finished the West Coast series 3rd and last year I came really close to winning with the championship being decided at the final race of the season. I ended up 2nd and now I won’t be content unless I win it next year!”

Joining Musquin in the 250 SX class is newcomer Dean Ferris. The 23 year-old Australian raced in the European MX GP Series the past two seasons and rounded his 2013 season out with an MX2 Series race win followed by a standout performance for Team Australia at the Motocross des Nations event in Germany. Ferris will contest the 250 SX West Supercross Series followed by the 250cc Motocross Championship aboard the KTM 250 SX-F.

“It’s always been my dream to race in the U.S and I’m really excited about being given this opportunity with Red Bull KTM,” says Ferris. “I’m especially excited about getting the chance to learn from Roger DeCoster and work alongside Dungey, Roczen and Musquin. I have a lot of learning to do so I couldn’t ask for a better, more experienced group to guide me through my transition into the US racing circuit.” 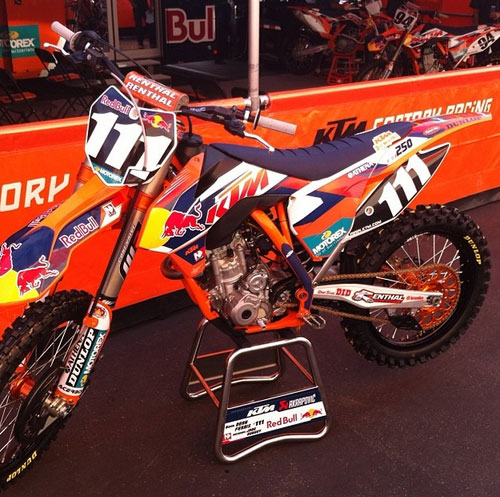 Red Bull KTM Factory Team Manager, Roger DeCoster, expressed his excitement about the team line-up, commenting, “With such a  talented group of riders; Ryan and Ken both contesting the 450 competition and Marvin joined by Dean in the 250 competition, I really think 2014 is going to be an exciting year for KTM. Ryan and Ken have both made a lot of changes to their personal programs to put them in the best place possible mentally and physically heading into the start of Supercross season.”

He continued, “I’m really glad we were able to add a fourth rider to the squad. With Ken moving up, it’s good for Marvin to have a teammate to train alongside as he works toward finishing one better and winning the East Coast SX title. I was very impressed with Dean’s speed at the Motocross des Nations this year and I’m interested to see what he can do in the outdoors. Having only just arrived in the US a month before the start of the Supercross season, the upcoming series will more or less be a learning season for him with higher expectations for 2015.”

Cooper Pozniak will enter the last round of the Australian Supercross Championship as hot favourite for the Junior Lites category. […]

Video: Weston Peick Erupts at A1

11/01/2016 Ashley Diterlizzi NEWS Comments Off on Video: Weston Peick Erupts at A1

See the drama that unfolded as Weston Peick let loose a flurry of punches on Vince Friese. […]

Musquin and Frye Named AMA Supercross Rookies of the Year

The respective riders accepted their awards from the American Motorcyclist Association. […]