James Stewart, one of the greatest dirt bike riders on the planet, will head to Sydney this November 28 for the biggest action sports competition to hit Australian shores – the Australian Open of Supercross (AUS-X Open) event.

Officially confirmed, the two-time FIM World Supercross Champion and reality TV star will be contesting the inaugural AUS-X Open at the AllPhones Arena in what is a massive coup for Australian sports fans.

“I’m pumped to be heading down under to race against the world’s best riders and put on a night to remember for the Aussie fans,” said Stewart.

“To have an event which combines high impact, bar to bar Supercross racing with the amazing spectacle of Freestyle Motocross it’s going to be one action-packed show!”

“For me it’s important to win every race, but i’m not just coming to win races i’m coming to have fun and fun for me is about being around the fans, whilst winning races!” Stewart said.

“The (indoor) arena style racing is hectic, because you have guys banging into you but the whole fan aspect of being really close and loud makes it exciting for us. When we put the helmet on, we’ll race anything so; the louder you guys get, the more drama there’ll be.” Stewart said. 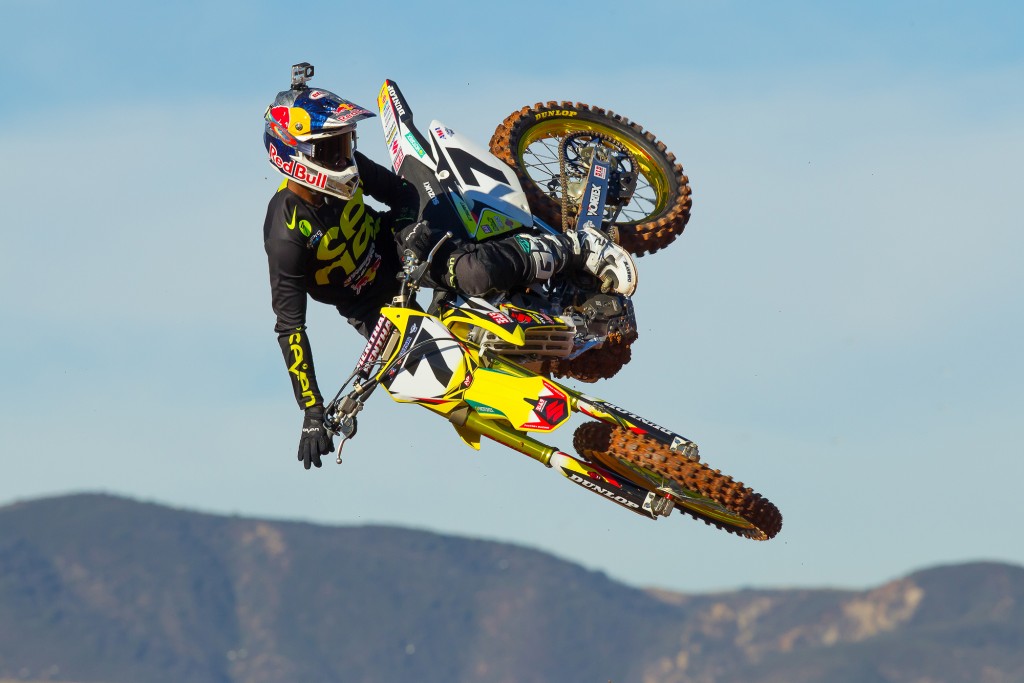 The AUS-X Open event will be the biggest action sports competition in the Southern Hemisphere; combining an international Supercross racing event with a Freestyle Motocross (FMX) ‘Best Trick’ competition, that will feature some of the world’s best riders up against Australia’s best talent.

With tickets on sale May 4 and starting from as little as $40, the announcement of Stewart’s high profile attendance is seen as a massive boost to action sports fans, according to Event Director Adam Bailey of AME Management.

“Stewart’s credentials are simply amazing. He has a style and flair that has quite literally changed the sport of Supercross around the world. He is the second most successful Supercross rider of all-time and has more wins than anyone else competing in the world today (50). James is without a doubt the biggest name in Supercross never to compete in Australia,” said Bailey.

“Australia has a powerful action sports culture. To see one of the all-time greats do what he does best in person going head to head against our own very best including Chad Reed, it could be a once in a lifetime opportunity,” exclaimed Bailey.

The AUS-X Open will also feature pyrotechnics, light and sound and first class entertainment values indoors in the comfort of Allphones Arena. Spectators are urged to reserve their seats early to avoid missing out on this landmark event.

Tickets will be available through Ticketek (www.ticketek.com) at 9:00am on May 4 2015. For more event information go to www.ausxopen.com.

The Serco Yamaha pairing of Luke Styke and Luke Clout continued to hog the podium limelight after another successful round at the MX Nationals over the weekend. […]

Aussies On Top in NZ

Dean Ferris and Todd Waters have gone 1-2 at the second round of the 2016 New Zealand Motocross Championships. […]