The Australian FMX rider will join a star studded line-up on November 12-13 at Qudos Bank Arena. 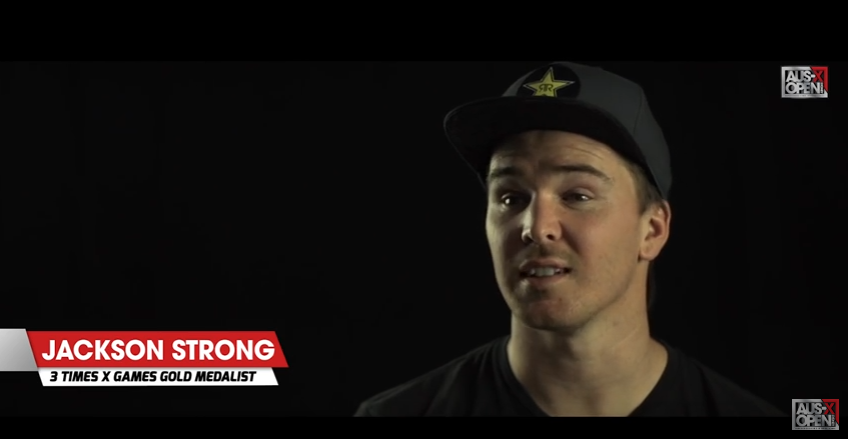 Strong is the defending AUS-X Open  ‘Best Trick’ Champion winning both days of competition in 2015. This year a record breaking $120,000 prize pool is up for grabs and Strong is set to once again light up the skies for his Aussie fans.

“Nothing sounds more patriotic to me than launching into the roof in front of thousands of screaming Aussie fans,” said Strong. “Last years AUS-X Open was without a doubt the best supercross and freestyle motocross event Australia has ever seen – and something that I’m not going to miss [out on].”

Fellow Australian Clinton Moore and Frenchman Tom Pages have also been confirmed for the blockbuster meaning Strong will have to pull out some serious aerials to catch the judge’s attention.

“I think it’s pretty much going to come down to who’s got the biggest balls, and who’s willing to send it the furthest,” he added.

More FMX rider announcements are expected in the coming weeks.

Catch all the thrills and spills from round eight and the opener for the 250SX East Coast Region. […]

Clout began the Australian Supercross Championship in fine form with a second place finish in the SX2 division at round one of the series at Bathurst over the weekend. […]