2015 Australian motocross champion Kirk Gibbs has been dealt a cruel blow ahead of this weekend’s supercross round, breaking his hip during a practice crash. 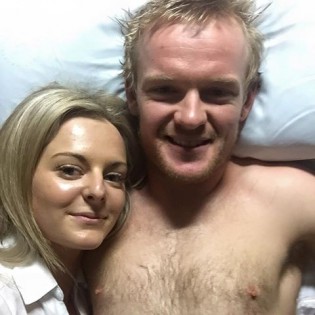 Gibbs will now miss the remainder of the supercross season as he embarks upon the long road to recovery. Despite the bad news Gibbs remained optimistic as he shared his news to fans via social media.

“Unfortunately I crashed yesterday at the practice track and ended up in hospital with a couple of breaks in my hip which is pretty painful.” His post read.

“I’m so bummed because I felt like things where starting to click more with an couple of solid weeks under my belt, sorry to KTM and team, sponsors, family, friends, all my supporters and most of all this girl who has to look after me fall out for the next 6 weeks.”

Gibbs was showing a positive start to the 2015 supercross season and was looking to step it up another gear as the series heads to his hometown this weekend. Unfortunately for the South Australian he will now be out of action for some time with his new goal being fit and healthy to defend his national motocross title come 2016.

“I hate this but [we have a] good break now and recovery to come back hungrier for 2016!” Gibbs ended.

In another blow to the KTM team, SX2 hopeful Caleb Ward will also miss the third round of competition due to a concussion which he suffered at Jimboomba.

Peick closes in on frontrunners with Mt Gambier podium

Husqvarna Australia is still celebrating a most exciting breakthrough by its junior racing team in the wake of the Australian Junior Motocross Championships which concluded last weekend at Renmark. Press Release The famous off-road pioneer […]