Top Athletes in FMX, BMX and Skate Invited Directly to the Semi-Finals Stage of the Event at the Nitro World Games, Rice-Eccles Stadium on July 15 . 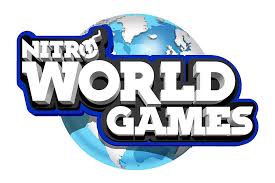 Action sports legend Travis Pastrana and Nitro Circus have announced the initial list of athletes who will take part in the inaugural Nitro World Games. Coming to Salt Lake City, Utah’s Rice-Eccles Stadium on July 16 and airing in primetime in the U.S. on NBC, the Nitro World Games will feature the best in extreme and action sports’ most exciting disciplines including FMX, BMX, skate, scooter and inline. In all, more than 100 of the most skilled riders on the planet will vie for a chance to step onto the podium.

“After all of the planning and preparation, I’m so excited to announce this awesome list of athletes,” says Pastrana. “All of the guys are psyched about the event and totally committed to the progression that is at the heart of it. Fans are going to be blown away.”

“To see such a deep list of riders, including all of the big names in the world from each discipline, sign on for an all-new event is unheard of,” says Michael Porra, CEO and creative director for Nitro Circus. “It speaks to the need for bold, innovative thinking in action sports competition.”

Nitro Circus assembled an independent panel of industry leaders and former elite riders who decided on the invitation list for the semi-final round in FMX, BMX and skate. In FMX, 10 athletes, including 2016 X-Games medalists Josh Sheehan, Clinton Moore and Rob Adelberg, have been invited to the semi-finals, taking place July 15 at Rice-Eccles Stadium – the day before the epic Nitro World Games. In addition, more riders will battle it out in pre-qualifying events later this month for the remaining six spots in the semi-final.

In BMX Best Tricks and BMX Triple Hit, the Top 10 lists of athletes selected to go directly to the semi-finals features Pat Casey, James Foster and Colton Satterfield. More BMX athletes have also been invited to participate in pre-qualification. Out of this pool, only six more athletes in both BMX Best Tricks and in BMX Triple Hit will move on to the semi-finals to compete against the Top 10 riders in each event.

In Skate Best Tricks, 14 athletes, including Elliot Sloan, Jake Brown and Mitchie Brusco, were invited to the semi-finals. Two more riders will be selected to round out the semi-final field.

The finalists for Scooter Best Tricks and Inline Best Tricks have also been announced. Scooter contenders include Ryan “R Willy” Williams, and the Funk Brothers: Corey and Capron Funk. The inline field includes Roman Abrate, Chris Haffey and Dave Lang. These athletes will compete in the July 16 Nitro World Games. There will be no qualifying events for these disciplines.

A full, current list of athletes participating in the Nitro World Games is below. Note: the competitors for FMX Best Trick will be announced at a later date.

Competitors to be announced

(* Riders for final two spots to be announced)

Nitro Circus, NBC Sports, Utah Governor Gary R. Herbert and the Utah Sports Commission rocked the sports world in December 2015 when they announced the inaugural Nitro World Games. Created by Michael Porra and Travis Pastrana, this complete reinvention of action sports competition will feature new formats and never before seen tricks. Each event will be a final round with everything on the line, creating intensity on the track, energy in the stadium and must-see television for viewers. “With Utah’s long history hosting both summer and winter action sports, we are thrilled to be welcoming and being a key partner of this year’s most premier action sport event in the world,” said Jeff Robbins, president and CEO of the Utah Sports Commission. “This event will bring significant economic impact and image building to Utah, The State of Sport.”

Nitro World Games is the next phase of Nitro Circus’ multi-year partnership with NBC Sports Ventures. NBC Sports will present three hours of coverage airing in primetime on NBC in the United States. For fans outside of the U.S. and Canada, more TV broadcast details will be announced soon (NBCUniversal International Distribution is handling the international linear and digital sales for Nitro World Games). In addition to NBC’s televised coverage, fans can also watch the July 16 final on Nitro Circus’ worldwide webcast.

The Nitro World Games is also a marquee destination event. Fans who want to experience the excitement in person can purchase tickets to the July 16 final. The Nitro Club VIP package is the next best thing to an all access pass at $79 per person (plus applicable service fees). These exclusive passes include the best seats in the house as well as a pre-event track walk. Nitro Club pass holders will also receive a souvenir lanyard.

Highlights from the FMX Freeride session held on the Friday before Farm Jam 2016. […]

2012 Freestyle Motocross (FMX) World Champion – Levi Sherwood, has announced that he’ll compete in the Monster Energy ‘Best Trick’ contest at the AUS-X Open for 2016, joining the all-star cast of world-renowned riders who […]