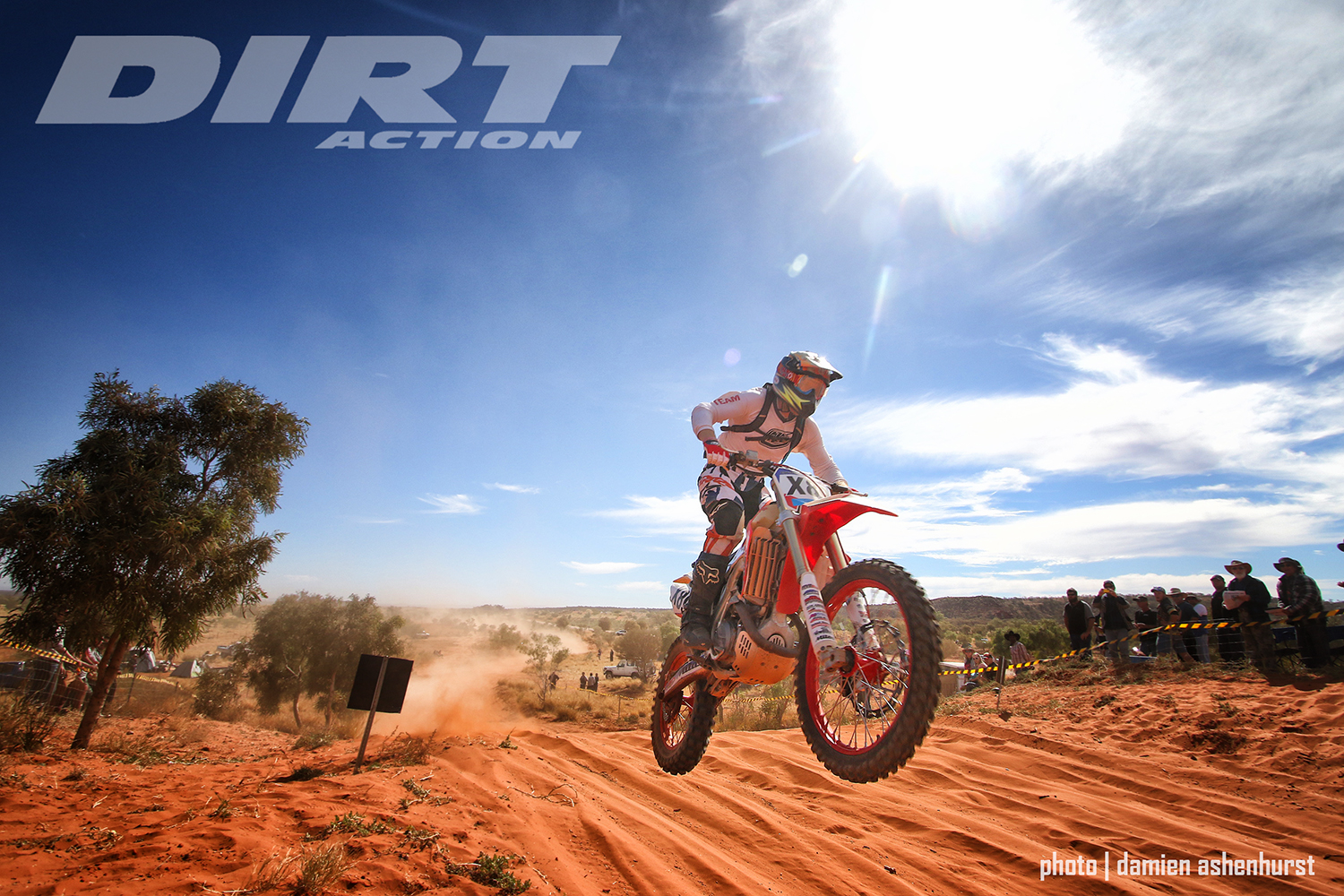 Toby Price aboard his #1 KTM 500 EXC appears unstoppable in his quest for his fourth King of the Desert title following a dominating performance on Day 1 of this year’s event.

Price covered the 226 kilometres in a remarkable time of 1 hour 54 minutes 45 seconds as compared to his winning Day 1 time last year of 1 hour 58 minutes 43 seconds.

At Deep Well 68 kilometres from the start the order was Price, Walsh, Green, Simmonds, and Long in sixth.

At Rodinga (98 kilometres from the start) the order was Price, Green, Walsh, Simmonds and Long again in sixth.

At Bundooma (140 kilometres from the start) it was Price, Walsh, Simmonds, Green, and Long sixth.

By Mount Squires (172 kilometres from the start) the positions were Price, Walsh, Simmonds, Green, with Long into fifth.

At Finke the second and third positions were finally settled with Walsh in second, Long in third, Simmonds fourth, and Greene fifth.

Walsh’s time was 1 hour 59 minutes 30 seconds with Long completing the journey in 2 hours and 31 seconds just 4 seconds ahead of Greene.

A Victorian rider who crashed in yesterday’s Prologue (qualifying) for the event has been air lifted to hospital in Adelaide. No further details are available.

After camping overnight the bike field will leave Finke tomorrow (Monday June 8) at (11.45am CST) for the run home to Alice Springs with the first bikes expected to arrive at approx. 1.45 pm CST. 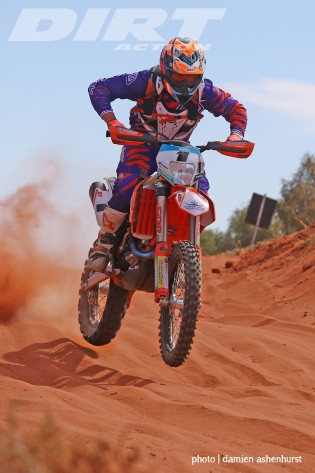 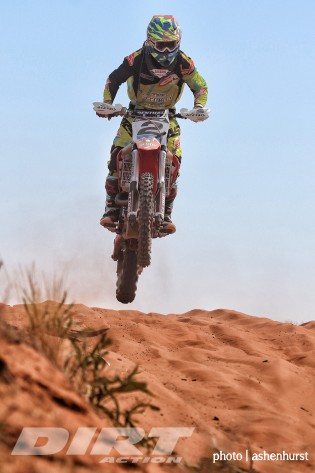 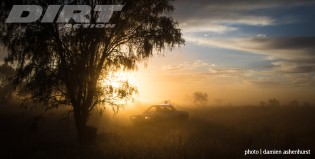 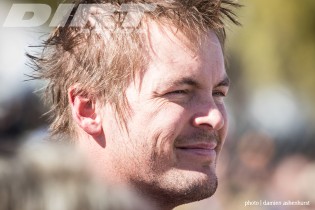 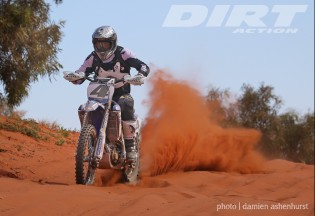 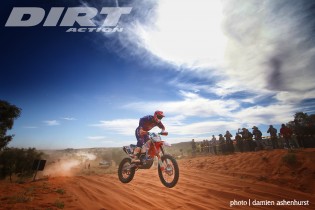 Can Gibbs Go Back to Back?

Being the reigning Australian Motocross Champion sounds like a dream come true for most, but KTM Motocross Racing Team’s Kirk Gibbs knows all about hard work […]

Husqvarna’s Jason Anderson has taken to Instagram to shed light on his riding style. […]

The Monster Energy Kawasaki rider led every lap in Daytona to finally find himself on the top step of the box. […]