For Australian moto fans, the phrase Yamaha of Troy brings back great memories of Chad Reed making his name early in his US career and his cousin Craig Anderson taking the win at Southwick in 2003. The team wasn’t always with Yamaha, though. In fact it really made its initial reputation on Hondas and some of the most memorable-looking CRs of all time.

The guys at Axis Motorsports gave us a call and suggested we come over to snap some shots of a bike they were finishing for owner Paris Corless. We’re not going to fill this feature with words — we’ll let the bike do all the talking — but what you see is a replica of Brian Swink’s 1995 CR125 race bike. The bike is one of the more distinctive in a period of bikes that had character and are still remembered all these years later. The only thing missing at the time we took the photos was the original blue-coloured seat; that’s since been rectified and the CR was fired up in anger at the Conondale Classic with Paris on board. 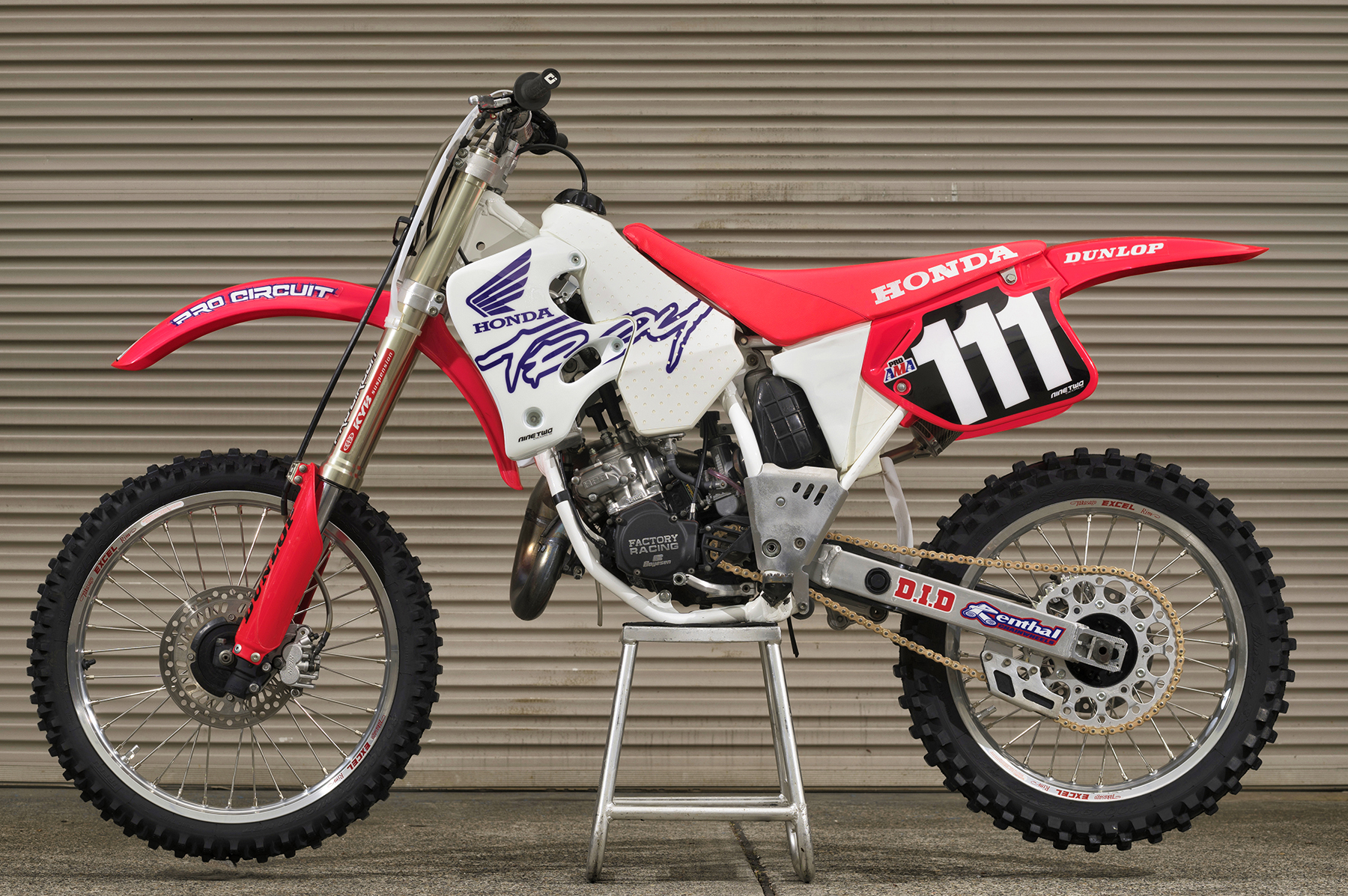 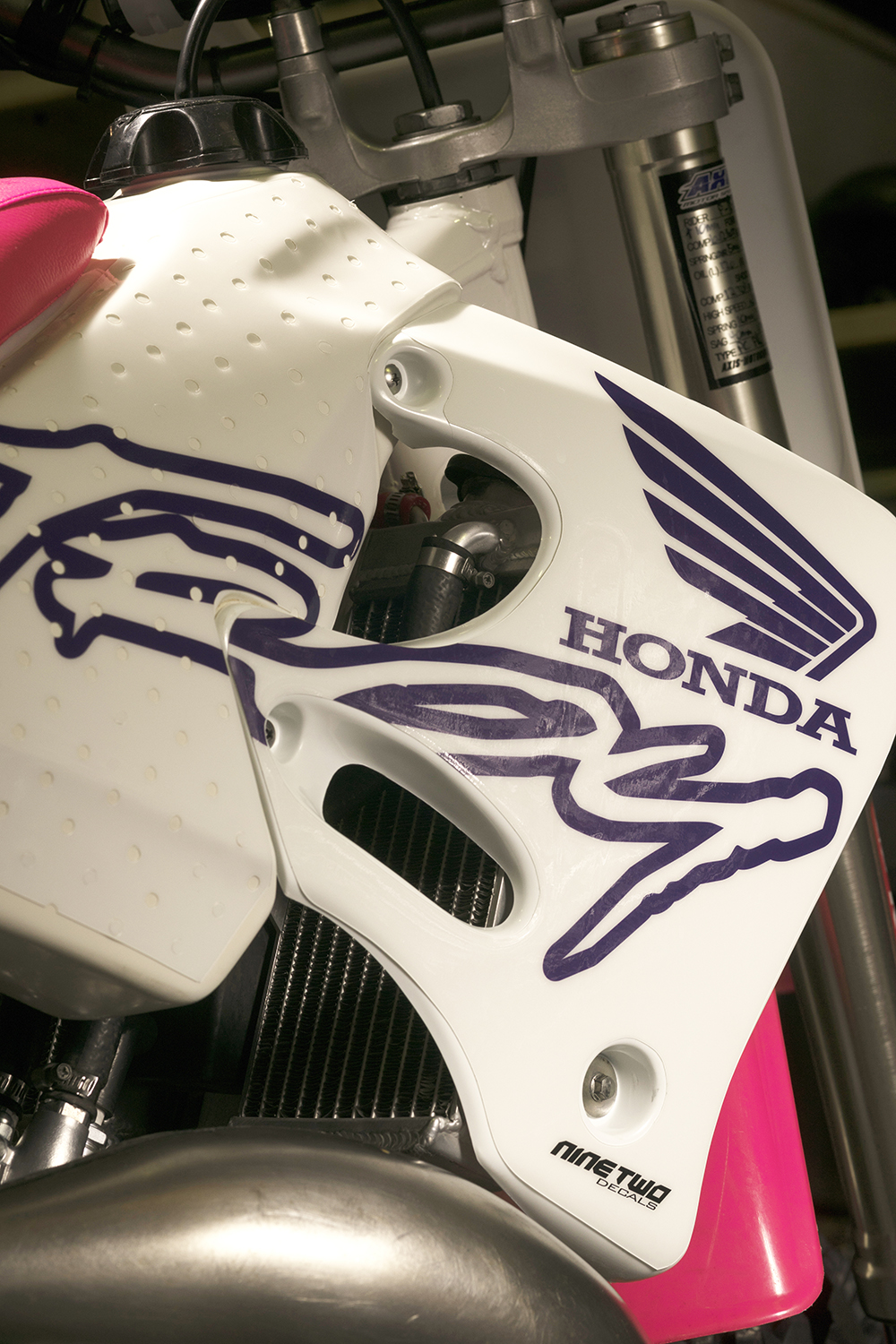 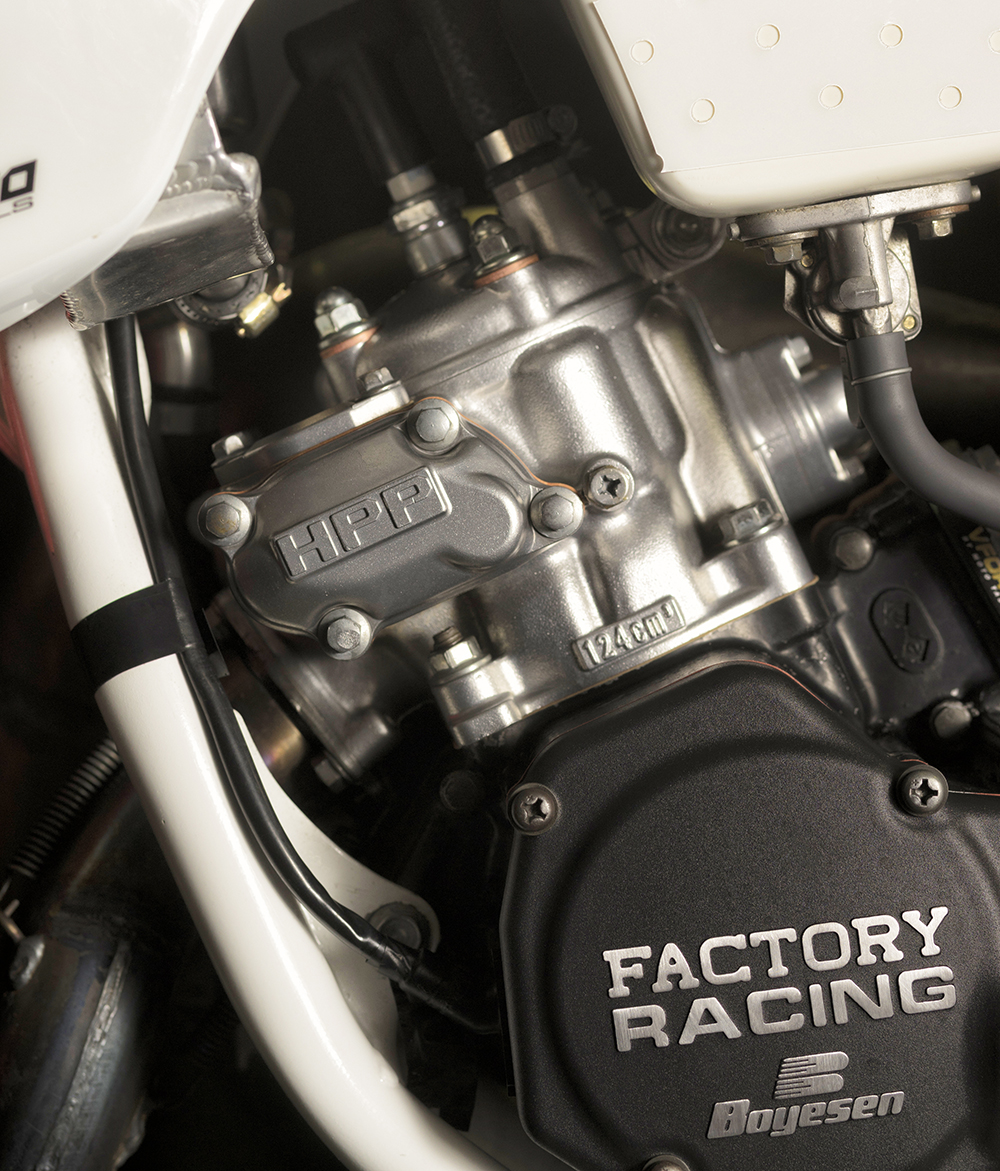 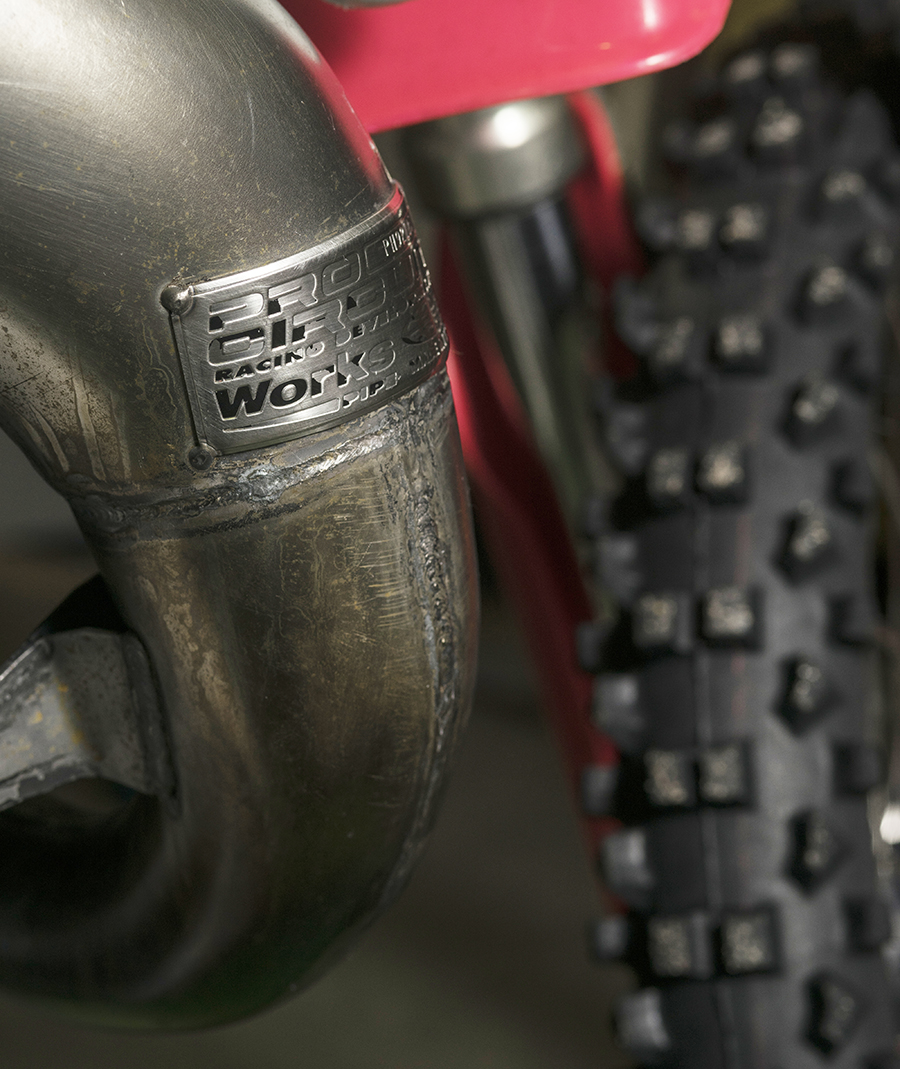 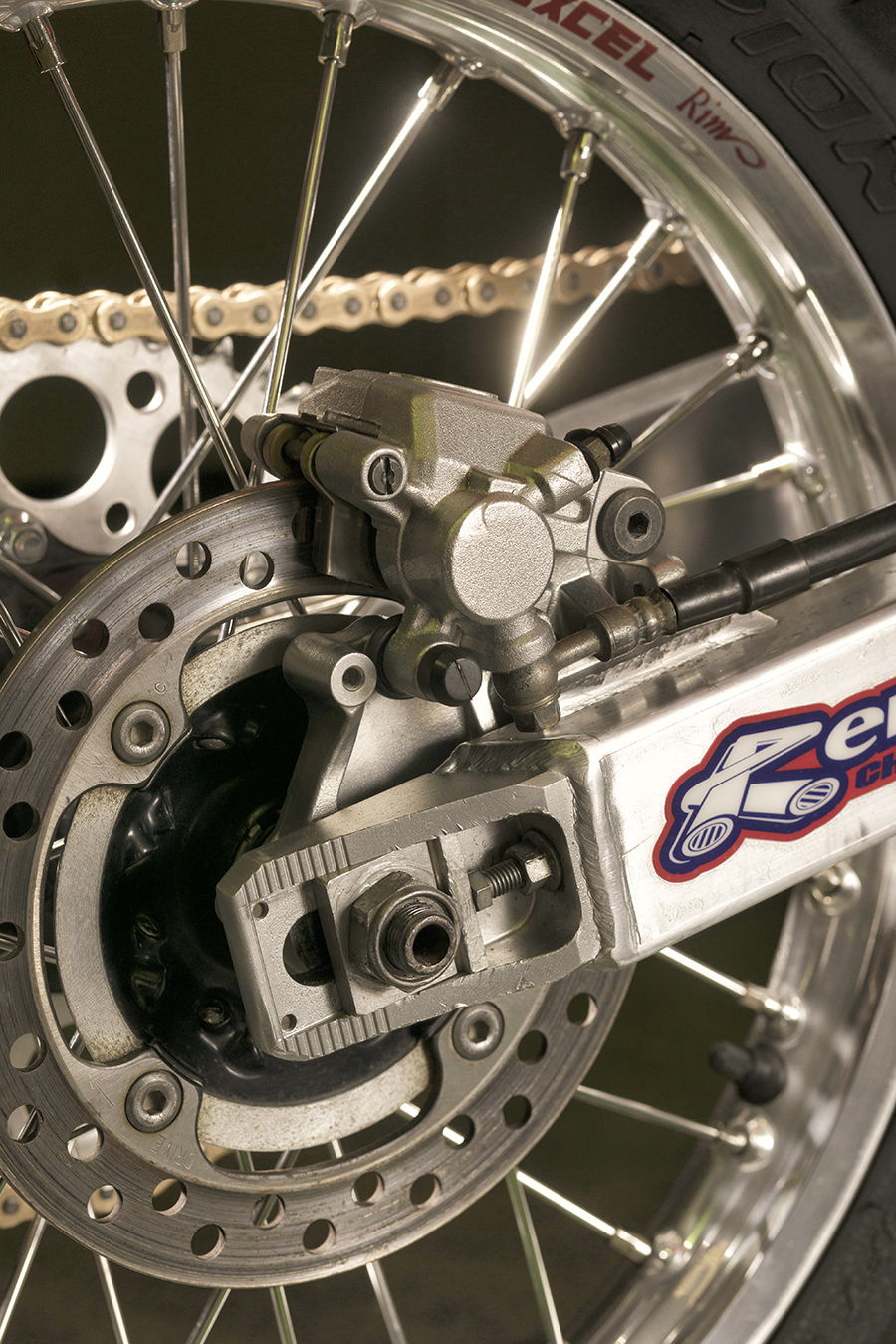 ABOUT BRIAN SWINK
Swink was a wild rider with tonnes of natural talent who initially rode Kawasaki but switched to Honda in 1991. His time there lasted only a year before he swapped to Suzuki. He stayed there till 1995 when he returned to Honda CR125 on a bike just like the one you see here. In fact Swink rode both a 125 and a 250 in 1995. Sadly, Swink would end his career back on a Kawasaki but by that time he’d lost his way and strayed into a lifestyle not conducive to being a successful pro rider. But he left behind memories of some amazing rides against the likes of McGrath, LaRocco, Emig, Kiedrowski and Windham. Plus of course he had the rare distinction of winning his very first AMA Supercross in 1991, after which he went on to win the East Coast Lites series — ironically, on a Honda team that would also later change to another manufacturer: Mitch Payton’s Peak/Pro Circuit Honda.