Monster Energy Yamaha signed off their international motocross campaign with Dean Ferris and Christophe Charlier showing decent speed around the difficult bumps and technical rutty surface of Talkessel, Teutschenthal for the 67th Motocross of Nations.

The annual spectacle saw 41 countries and 85,000 spectators gather over the weekend at Germany for the biggest, brightest and most unpredictable off-road racing event of the year. Belgium were able to triumph for the first time since 2004 ahead of the USA and Italy rounding off the podium. Ferris’ superb second position overall in the MX2 class helped Australia to place fourth. 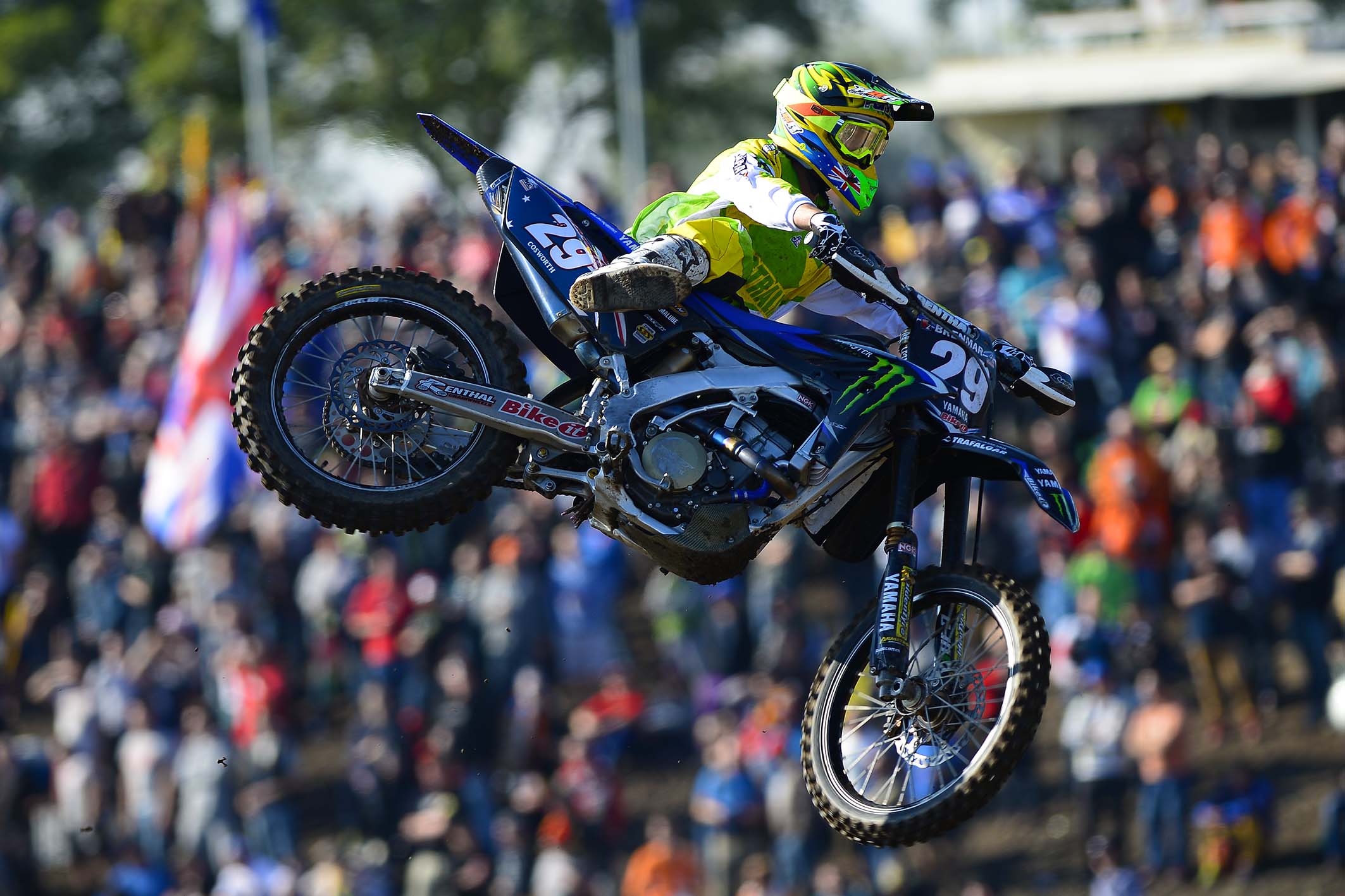 Ferris was a prominent figure across the immaculately prepared German soil thanks to three superb starts on the YZ250F; one in qualification on Saturday and then the two motos where he battled larger capacity 450cc machines on Sunday. The Grand Prix of Belgium winner was in first rising the steep hill on both occasions as the mammoth crowd looked on in sunny but breezy conditions. He rode consistently – relishing the demands of the lumps and leaps – to place 4th and 5th and record the two best results for his country. The final points pushed the Aussies to equal their second best finish at the Nations and they just missed out on the podium. 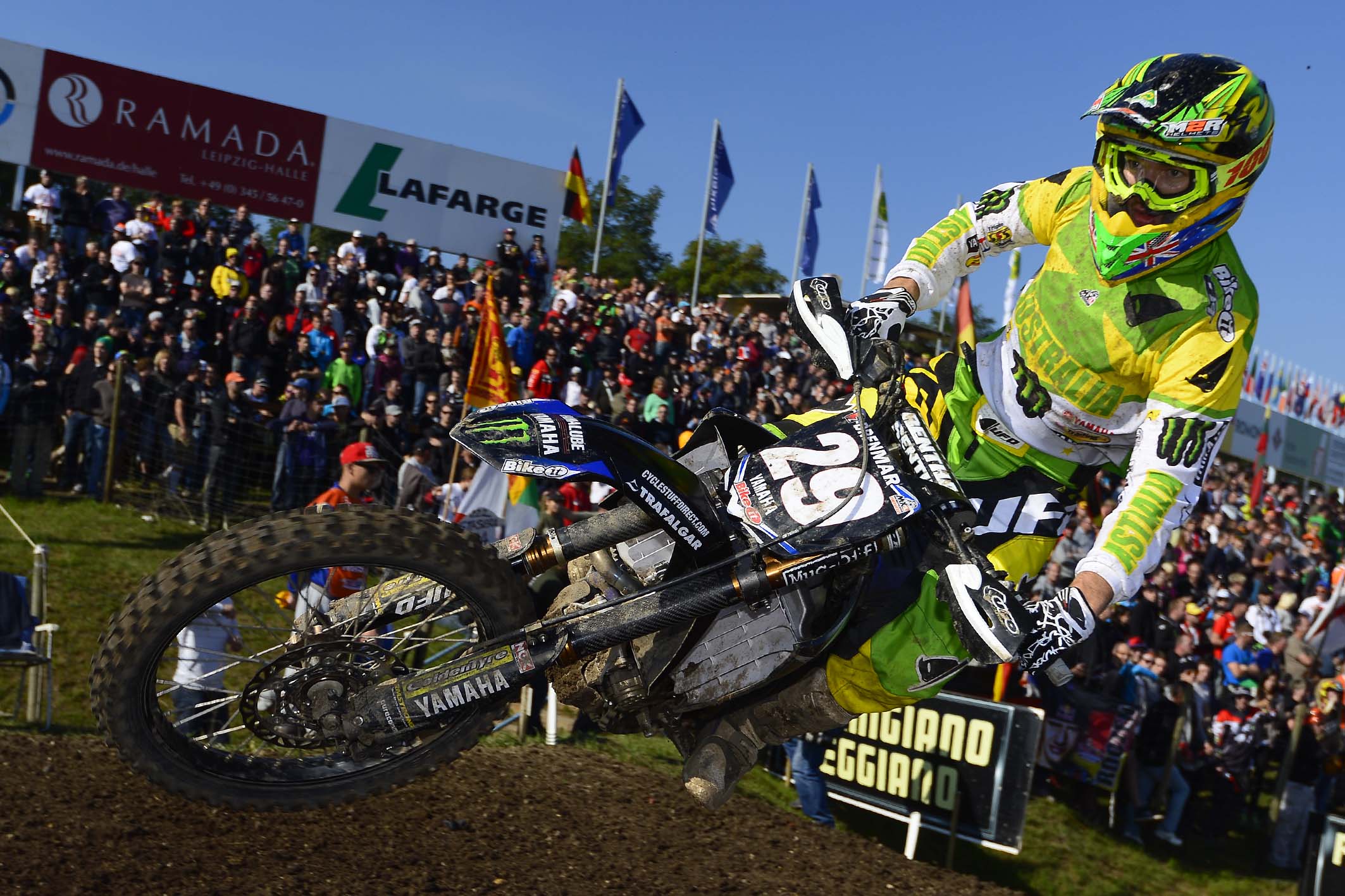 Charlier made his Nations debut for France. The Corsican had a busy day. In the first sprint as part of the MX Open category and on the YZ450FM he was unlucky to hit a fallen Jeremy Van Horebeek and lost a lot of time in the tumble. He was also cut on the arm by a stone in the closing stages, passing the flag in 9th. In the second moto he was again unfortunate to be involved in a first turn pile-up that required a visit to the pits to change a wheel but rallied back through the pack – setting the fastest lap in the process – and although he could only make it to 30th the speed and promise on the YZ450FM was pleasing to witness.

MX1 Grand Prix of Benelux victor Shaun Simpson was riding his YZ450F for Great Britain and was another who had upset lady luck. An errant rock broke the Scot’s front brake in the first race and he lost a potential top five result, ending 18th. In the second outing Simpson was hit to the ground in the same first turn melee that claimed Charlier. He flew from last position to reach a creditable 12th and the Brits was sixth in the final Nations ranking.

The 2014 edition of the Motocross of Nations is slated for Kegums in Latvia.

“It would have been awesome to get on the podium but the boys put in everything they could today and we’re pumped…I’m super-pumped about the way I rode! Three decent starts and solid top five all day…and P1 in practice. I liked it out there. The more ruts the merrier and the more technical it is the better I go especially when the bike is working good. Today was probably the fastest I have ridden – after a bit of testing during the week – and there is no reason why I cannot get faster and faster with that set-up.”

“I expected a lot more from today and Team GB went into this event with hopes of a podium. As it turned out Cairoli pulled Italy through with two wins and we knew Australia would be strong. I was feeling great in my first moto and like I had time to really make something happen, so to lose the front brake was devastating. I couldn’t really make it better in the last race of the day because I was taken-out and then somebody did a wheelspin on my shoulder that knocked me down again. I feel disappointed because people will look at the results and think I was the weak link but the truth is that I had little luck today.”

A nasty crash saw Dean Ferris crash out of round five contention at the Motul MX Nationals. […]

Australian duo, Dean Ferris and Todd Waters, have finished in the top 10 at round 15 of the 2015 FIM Motocross World Championships in Mantova, Italy. […]

A three rider team has been selected to represent Australia at Maggiora, Italy on September 24-25. […]