The American rider will head down under to replace the injured Dylan Long. 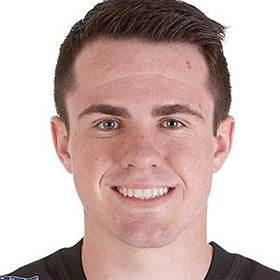 The Crankt Preotien Honda Racing Team have secured Alldredge on a Supercross only deal which will see him join the team for round two of the Australian Supercross Championship at Toowoomba next Firday. The American will join new teammate Jay Wilson as he looks to make an immediate impact on the competition.

“I’m really excited to have the opportunity to head over to Australia and join the Crankt Protein Honda Racing Team. It’s all happened so fast, and I’ll be flying out first thing tomorrow to be with the team.” Alldredge stated.

“I’ve heard great things about the Australian Supercross series, and obviously there are quite a few guys from the U.S. currently racing the championship, so I’m pumped to be lining up with them and all the Australians next weekend.

“At this stage, the plan is to get over and do some testing with the team and then we’ll be straight in to racing at round two.

“I’m looking forward to this new challenge, and I feel very fortunate to have been offered a seat with the Crankt Protein Honda Racing Team for the rest of the season.”

“We are very pleased to be welcoming Chris to the team, and it’s great to have him on board from round two and then throughout the rest of the Supercross series,” Free shared.

“With Dylan out injured, we had been on the lookout for a suitable replacement. Brendan Radford, the Director at Crankt Protein has been instrumental in the draft. It was through his connections in the States that we were able to make contact with Chris’ manager and after speaking with Chris, it’s clear that he will be a great fit for the team.

“Chris will be based in Victoria, and will be spending time training with his teammate Jay, and this will also allow him to be nice and close to the team and our workshop in Melbourne.

“We are very excited to see what Chris can do in the SX1 class here in Australia. He’s obviously had a successful career so far in the U.S, and we’re sure that will also translate to some great results on our own soil.”

News of the signing also confirms that Dylan Long will miss the remainder of the season after re-aggravating a thumb injury in the opening round.