Justin Brayton has put the finishing touches on an outstanding Supercross season, with another strong performance at the AUS-X Open. 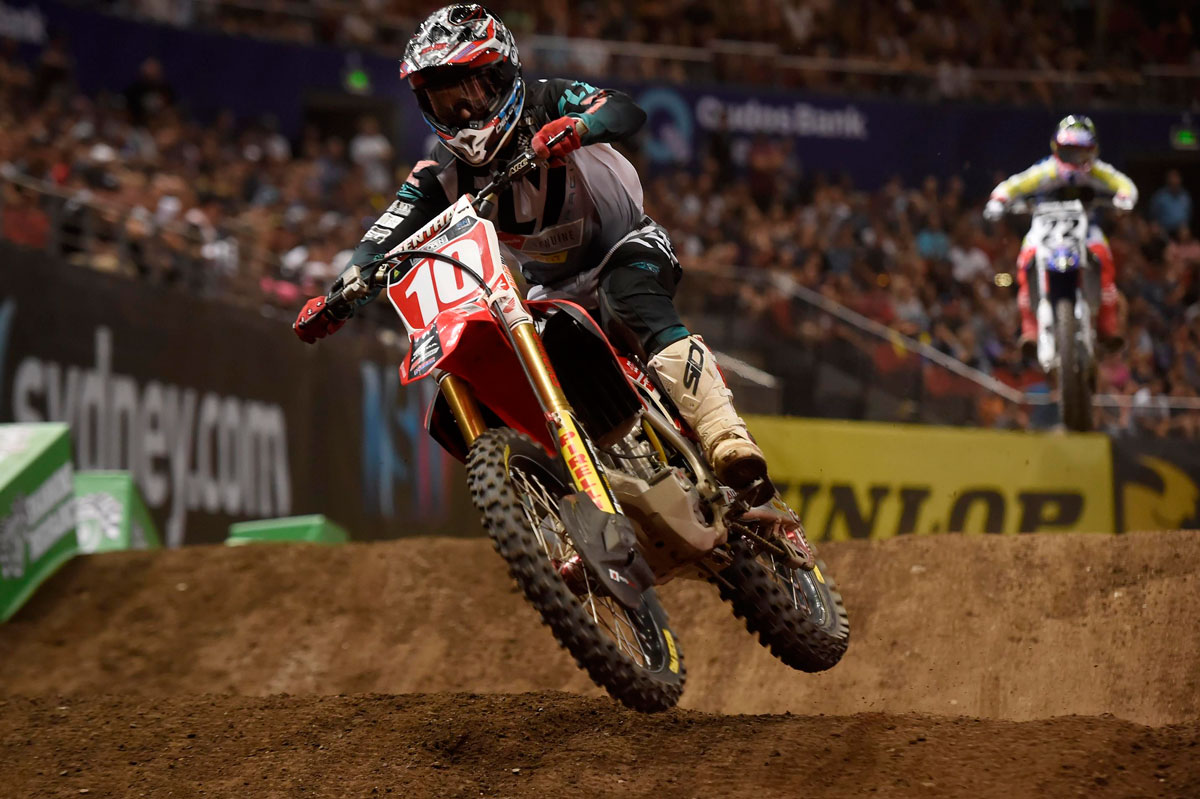 The Honda Genuine rider was the most consistent rider in the 2016 SX1 class, landing on the podium five times from a possible six and collecting three overall wins. Brayton was a huge drawcard down under and was quick to thank those involved for the opportunity.

“I am thankful for the opportunity to come and race, Australia is a beautiful country with many beautiful places and people. The team and I had a goal and we stuck to it throughout the championship. This has been an unbelievable experience, I couldn’t be happier, said Brayton”.

The American rider wrapped up the championship with one round left to race and loved the challenge of versing some of the world’s best at the AUS-X Open finale.

“This weekend was tough, I qualified first both nights. On Saturday I made a mistake and handed the lead to Chad with a few laps to go. On Sunday I was taken down in the first turn and had to come from way behind. It was a rewarding ride, coming from last and finishing 3rd,” said Brayton.

The reigning 250 Australian Supercross Champion has had his season end prematurely. […]