Cooper Webb, Alex Martin and Jason Anderson have been selected to represent the United States in Maggiora, Italy on September 25. 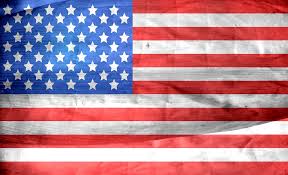 Cooper Webb will spearhead the team in the MX1 class. The Yamaha Yamalube rider is the defending AMA 250SX West Champion and current point’s leader in 250MX. Webb first represented USA in 2015, where the team finished second.

Jason Anderson will also join the team in the MX1 class. This is Anderson’s first International selection and he is honoured to be heading to Italy.

“Being the rookie and being off the whole summer, it is kind of crazy to be selected, but I’m up for the task and ready to do some work there,” Anderson said. “Cooper and I on the 450s are definitely going to be able to battle for the front. And, if we get good starts, there’s no reason we can’t win. I’m going to race the Glen Helen GP and see where we are at coming into Motocross of Nations.”

The final member of Team USA, Alex Martin has previously ridden MXoN for Team Puerto Rico. Although it will be his first time in the red, white and blue, Martin believes his prior experience at the event could play a major role.

“It’s a huge honour to be chosen. It’s kind of cool that I’ve been a part of the event twice now before with Team Puerto Rico. I saw how everyone treats the U.S. team and how it functions at the race, and now I’ll get to experience that on the inside,” Martin said.

“I think just knowing the drill [will be helpful. They operate a lot differently over there, with it being a two-day event rather than one-day. Practice is the day before. And I think the first time I raced in the event, I underestimated riders’ abilities.”

Ryan Dungey opted out of Team USA, after committing to the SMX Cup a week later in Germany, while Eli Tomac also made himself unavailable due to workload.

“Every year, it seems to be harder to get our Motocross of Nations team together, with racers’ busy schedules and injuries,” said Team Manager Roger DeCoster. “This is one of the youngest teams we have put together over the years, but I am confident these three guys can do the job.”

The United States have won the most FIM Motocross of Nations titles with 22.

Kirk Gibbs has won round eight of the Motul MX Nationals and extended his championship lead. […]

Graham Jarvis is the undisputed King of Hard Enduro after a wet and wild ride at Erzberg. […]

The KTM rider was back to his winning ways at the second round of the 2016 Lucas Oil Pro Motocross Championships. […]