The road hasn’t been easy for Motul Pirelli Sherco Factory Team this year competing in the Australian Off-Road Championship (AORC) after a disastrous fire earlier this year destroying almost ten years of hard work, which meant it was back to square one for the team. 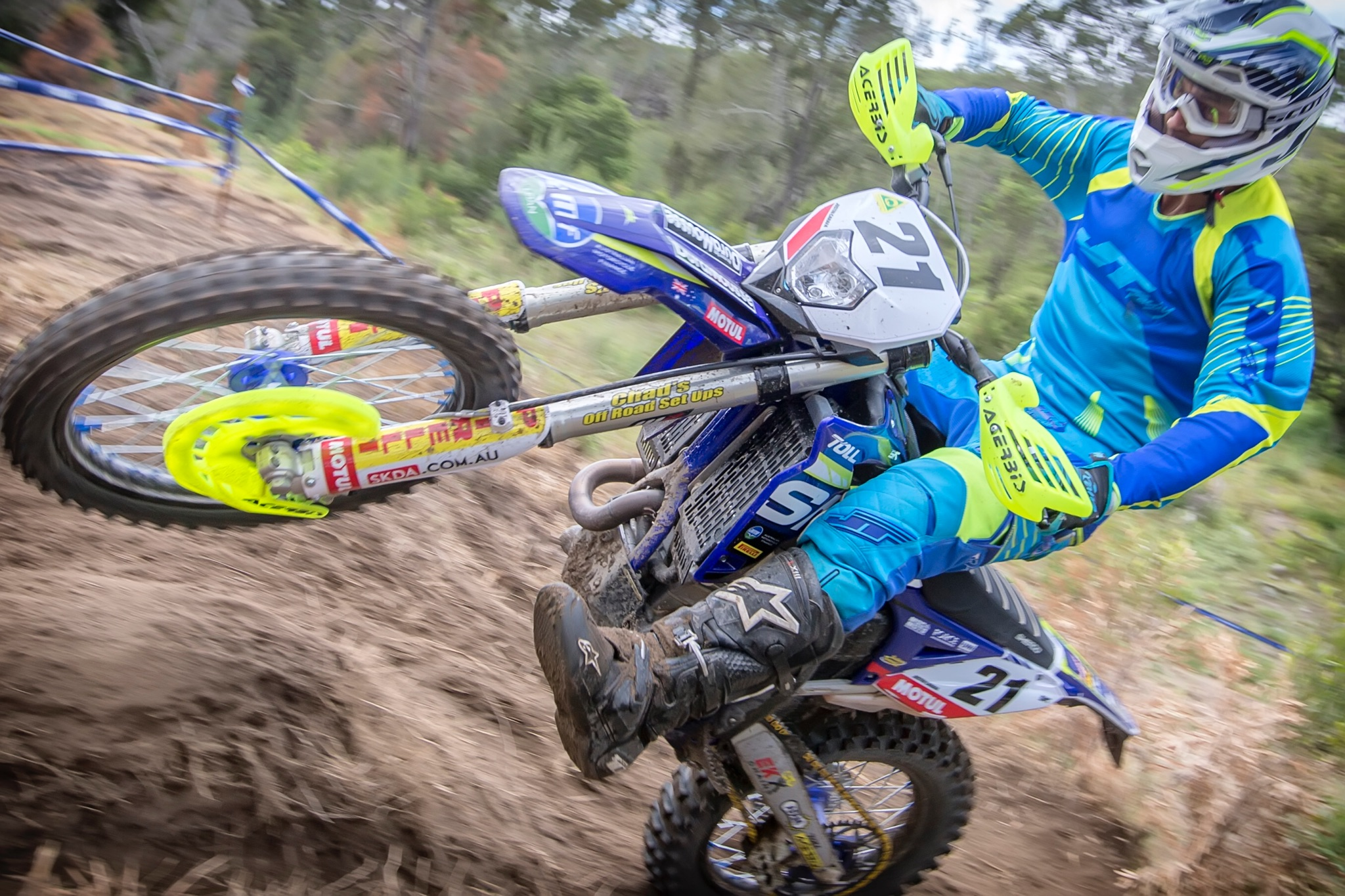 Only months after the disaster the team have made great waves to get their team back together and competitive in their respective competitions, making note of the help and support they have had from all corners of the industry.

Team manager Dave Suter spoke about the challenges and the dreaded feeling of waking up to his work shop merely 500 metres from his home, up in flames at 4am. And how thankful he is of the support from his riders, sponsors and the industry for helping the Motul Pirelli Sherco Factory Team get back on their feet.

“The night it happened I left the work shop with everything ready to be packed in the van the next morning, and at 4am I woke up to explosions going off,” Dave said.

“We only live 500 meters from the work shop so we were the first people on the scene, the fire was well alight and everything was burning.

“It was just horrifying, it was the scariest thing I have ever seen, not to mention just absolutely unbelievable to see everything you have worked for, for well over ten years just burning down in a matter of minutes,” Dave said.

With an inconclusive cause of the fire both Dave and the team were left with nothing, heading to the next four rounds of the AORC on their practice bikes and limited resources.

“Everything the race team owned got burnt, and for rounds three and four the boys got their own way there, used their practice bikes and payed for their own tyres,” Dave continued.

“We have only just now gotten the race bikes which we have been preparing for the second half of the season. We have been well supported with most of our suppliers donating the parts we needed again at no cost.

“Last year was a big learning curve for the whole team being our first year of Sherco Factory Team and this year we were heading into the season in a pretty good position until the fire, but the boys have worked together and we are still getting great results considering the circumstances,” Dave finished.

Motul Pirelli Sherco Factory Team’s young rider Wil Ruprecht, currently competing in the Transmoto 19 and under class, spoke about his initial reaction to the news, and what he has done to help get the team back and fighting stronger than ever in the hope to clinch their first title come the end of the year.

“Stephen (Tuff, Sherco Brand Manager) was the first one who notified me about the fire, obviously Dave was too shaken up over the incident,” Wil said.

“At first he just said there was a bit of bad news but then he carried on with the conversation and told me that everything we had for the 2016 race season had burnt and was gone.

“It was really disappointing but straight away I just started thinking of things I could do to help, and the team gelled together and each chipped in for parts, and it came together really well.

“I haven’t had the results I would like but considering the circumstances we are doing well. At rounds five and six I felt it was the best I have ever ridden and I got really good results so we will be looking to back that up for the rest of the year,” Wil concluded.

Justin Carafa has had more of a tough year than most, not only has the fire interrupted his season, Justin recently broke his thumb which sees him in recovery mode to make it back before rounds seven and eight of the AORC.

Not believing the news at first Justin also spoke about his reaction when he found out about the disaster.

“After Queensland (rounds one and two) the year was looking great, and then we lost all the race bikes and all our stuff and it was back to square one,” Justin started.

“I thought it was just a bit of a joke at first to be honest. When Stephen rang me I was at work and it wasn’t a phone call I was expecting to get, hearing that the workshop had burnt to the ground.

“When he said ‘I am dead serious’ it wasn’t a nice feeling, the first thought was is everyone safe? In this situation the motorbikes come second – Just to make sure Dave and his family were ok!

“The effort they have put in to get us back on the bikes has been unbelievable there was no way known I would have thought we would have gone racing after losing everything,” Justin concluded.

There is no doubt that although a terrible incident, it has bought the Motul Pirelli Sherco Factory Team closer together, working hard to achieve their goals and rebuild themselves from the ground up again.

Motul Pirelli Sherco Factory Racing Team will now prepare to head to Rounds 7 & 8 of the 2016 Yamaha Australian Off-Road Championship and contest in another two rounds at Hedley in Victoria on July 23-24, 2016.