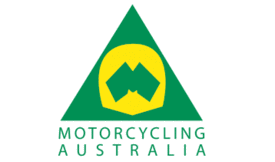 It has been revealed that after a comprehensive search, Motorcycling Australia has named Mr David Cottee as its new CEO.

Cottee has most recently served as the Managing Director of Jenny Craig/Curves Oceania. Employed by North Castle Partners Cottee has had 15 years of senior international business development experience which should transpire into his new appointment.

After sorting through a number of highly proposed applications, Motorcycling Australia believes Cottee’s experience and proven track record in stakeholder engagement will be vital towards a new national strategic direction.

Cottee is a motorbike enthusiast which should aid his transition as he looks to take over the role immediately. The Motorcycling Australia board would like to thank Mr Jeremy Kahn for his recent efforts as acting CEO.

The Yoshimura Suzuki rider has been injured following a practice crash earlier in the week. […]