News Ticker
Newly-appointed for 2018, the official Suzuki Australia Motocross and Supercross team, KSF Ecstar Suzuki has released their 2018 Suzuki RM-Z250 race bikes. With an official Suzuki outfit being absent from the MX2 series in recent years it’s exciting to have a factory-supported yellow team back to battle it out for the crown. 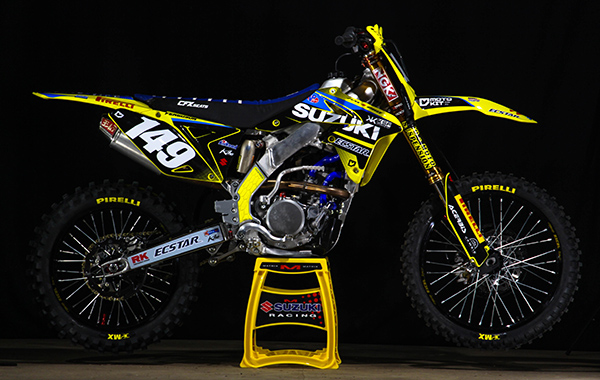 “After not competing in the outdoor series for three years, I can’t wait to get in and race again. Said KSF Suzuki Ecstars Jesse Madden. “We have worked really hard and I’m looking forward to racing all the top guys again.”
Racing alongside Madden will be MX2 rookie, Isaac Ferguson, stepping up after a solid year in MXD in 2017.
“This year is my first in MX2 and I’m really looking at building my season this year.” Said Ferguson. “I’ve got some big goals I want to achieve but I know it’s a long year and I want to keep building.” 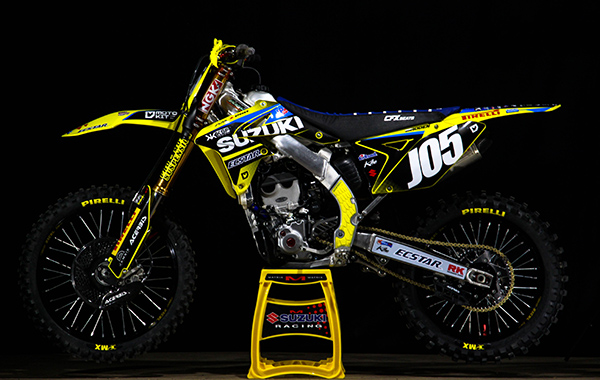 Unfortunately for KSF Ecstar Suzuki, both their MX1 racers have suffered pre-season injuries and will miss the opening rounds of the MX Nationals.  Keiron Hall will aim to be fit for round two after undergoing thumb surgery, while Jesse Dobson will return at round three as he recovers from an injured shoulder.
The MX Nationals kicks off this weekend in Newry, Victoria.