The UK rider starts the 2016 extreme enduro season in the best possible fashion. 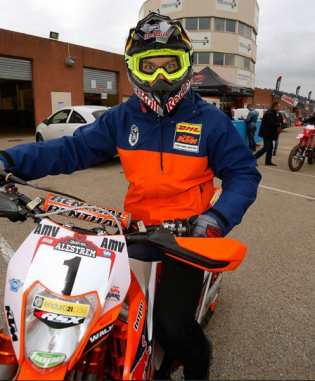 A trademark battle between Wade Young and Jonny Walker has set the mark for another hotly contested 2016 extreme enduro season. The pair battled hard for the opening two laps of the main event trading places a number of times.

The third lap proved a game changer as Walker hit his stride to pull away with the lead. At this time the KTM rider was unaware that the race was to be shortened by one lap due to suspected course marking sabotage.

“Things started getting tougher on the third lap,” Walker added, “and that’s where I managed to open up a small lead. I kept pushing and stayed ahead to the finish. The last lap was really physical, some parts of the track was so, so slippery. It made pushing hard really difficult.”

Husqvarna Factory Racing has announced its intention to be a major player in the FIM World Motocross Championship series from the 2014 season with a full factory team in the paddock for both MX1 and MX2 classes. […]

More than 25,000 fans turned out to Melbourne’s Etihad Stadium for an action packed night of speedway racing. […]