KTM Racing has confirmed that Red Bull KTM factory rider Jeffrey Herlings has sustained a fractured femur during a crash at the Everts and Friends Charity Race in Genk, Belgium on Monday. 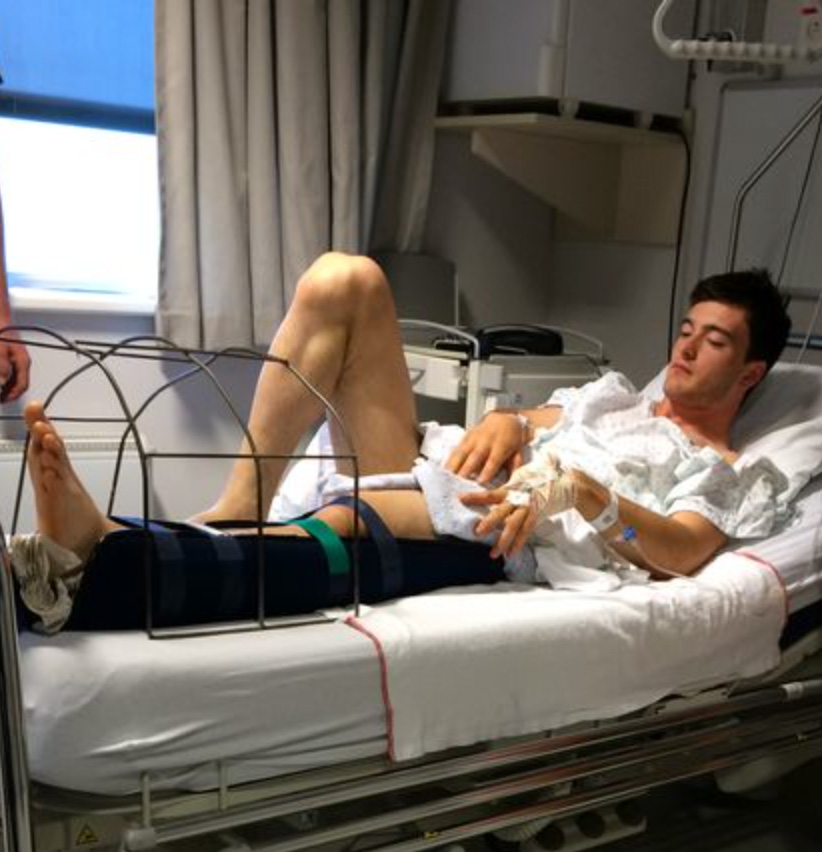 Jeffrey sustained a clean fracture of the femur and was operated on by Dr. Driessen at the Zol Hospital in Genk on Monday evening. Dr. Driessen inserted a pin to secure the fracture in his left leg and the medical staff have advised that the operation was completely successful. They expect him to be in hospital for about three days.

Pit Beirer, Head of KTM Motorsport said Jeffrey’s job was now to rest and recuperate. “Jeffery is young and very fit and while we are all sorry that he has had this bad luck, we’re confident that he will come back and be as strong as he has already shown us he can be. We wish him a speedy recovery and look forward to having him back on the bike when he is fit and well.”

KTM Racing will continue to report on Jeffrey’s healing progress when news is available and relevant.

Herlings, who has been exceptional in the 2014 season was virtually certain to wrap up his third MX2 World title at the next round at Loket, Czech Republic this weekend. He needed to pick up just five more points than his factory teammate Jordi Tixier in the upcoming round to secure the title.

The Dutch teenager has won every GP except one so far held in the 2014 season but did not compete in Brazil because of a shoulder injury.

Champion rider Eli Tomac has fulfilled his dream, signing a contract to ride for Monster Energy Kawasaki racing team in 2016. […]