It was a successful weekend for Dunlop racers at Adelaide’s third round of the 2016 Australian Supercross Championship on Saturday evening, with multiple podium showings in both the SX1 and SX2 categories. 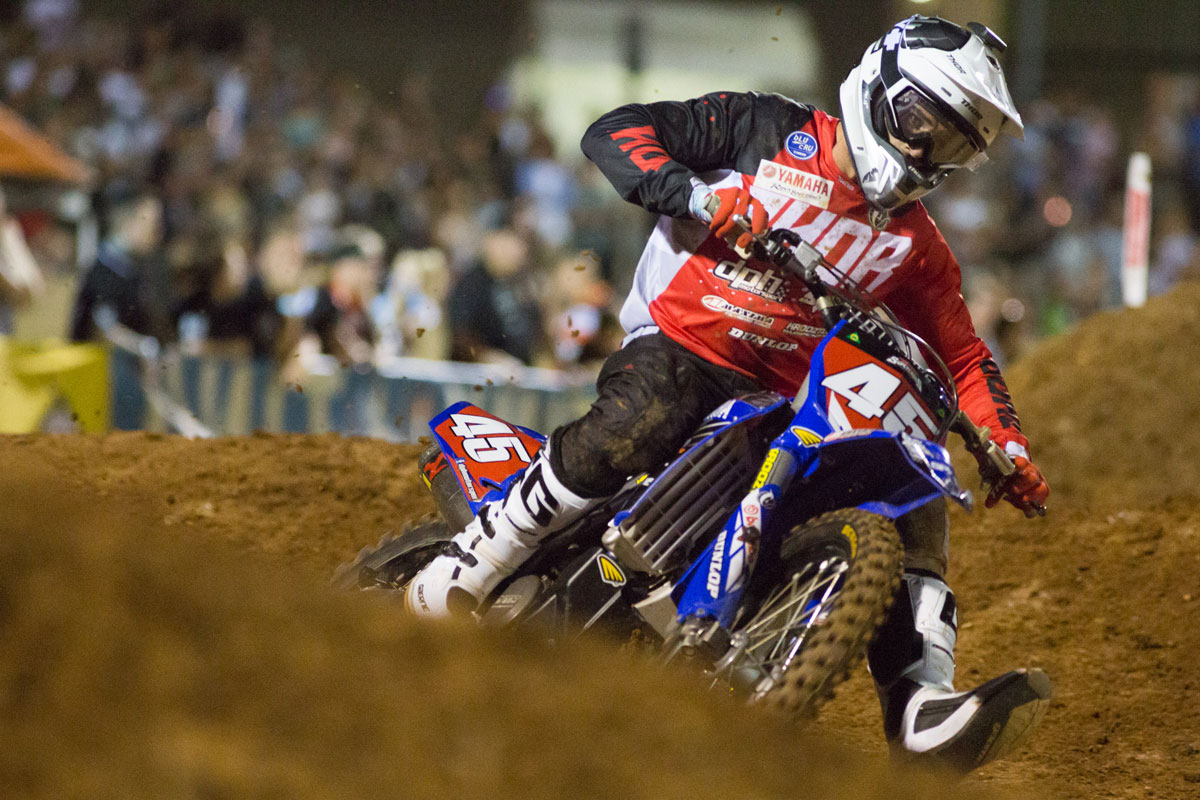 Hayden Mellross claimed victory in the SX2 main event, marking his first-career Australian Supercross Championship round win. The DPH Motorsport Yamaha rider strengthened his series lead to 10 points over fellow Dunlop-equipped rider Jackson Richardson, who was fourth on the night.

Returning to the podium in South Australia was Serco Yamaha’s Wade Hunter, the Queenslander battling his way to a hard-earned third-place finish after missing the podium in Toowoomba. With Hunter holding down third overall in points, it’s a Dunlop-sweep of the top three SX2 spots at the mid-point of the season.

In the premier SX1 category it was CDR Yamaha’s Dan Reardon who rode his way to a strong runner-up finish in the 20-lap main event. The defending champion continues to occupy fourth-place in the point-standings with three rounds remaining.

Rounding out the SX1 podium in Adelaide was KTM Motocross Racing Team’s Kyle Peters aboard his Dunlop-shod 450 SX-F. The American import made his first podium appearance of the 2016 season alongside Reardon.

The 2016 Australian Supercross Championship will now head straight to Avalon Raceway in Victoria for the fourth of the six scheduled rounds this Saturday, 5 November.

Visit www.dunloptyres.com.au or find Dunlop Tyres Australia & New Zealand on Facebook and @ridedunlopau on Instagram for further information on the brand.

MOTORCYCLING Australia (MA) in conjunction with the rights promoters would like to announce that the Supplementary Regulations for the 2016 Australian Supercross Championship are now available. […]