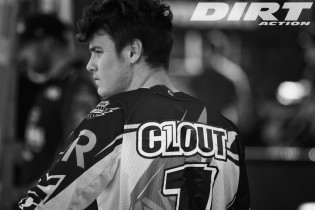 It was rumoured yesterday that Clout would make the transition as early as this weekend for Anaheim two, and an official pre entry list has confirmed this. The A2 list states that Clout will be lining up for the Dirt Candy Graphics/Yoshimura/Suzuki team in the 250 class.

It has been a surprise move by Clout who also posted an image on his instagram account late yesterday afternoon showing his passport and a flight ticket to Los Angeles. The youngster will join fellow Australians Hayden Melross and Geran Stapleton this weekend in the 250’s.

At this stage it is still unclear whether Clout will contest the full series or return home for the MX nationals to rejoin Wilson Todd at Serco Yamaha. We will keep you posted on any developments

Onboard with Evgeny Bobryshev

Watch Team HRC Evgeny Bobryshev take the holeshot and win his qualifying race from Round 1 of the 2016 FIM World Motocross championship in Doha, Qatar. […]

The Wilson Coolair Motul Factory Suzuki rider will rejoin the team after missing round four of the ASX Championship with injury. […]

With concern still surrounding the availability of James Stewart, fans have been given a huge boost ahead of this weekend’s event with the addition of Ricky Carmichael and Cooper Web […]