With the Motul MX Nationals proving to be strong program for sponsors, GAS Imports has today confirmed its increased support for the series this year, with Akrapovic named as the official exhaust once again in 2016. 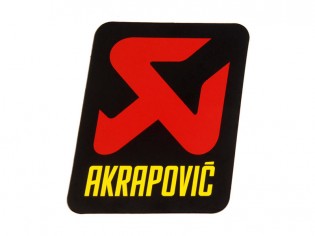 GAS Imports, who have also taken up the naming rights to the Thor MX1 class, will headline Akrapovic as the official exhaust system at the MX Nationals this year, as well as showcasing a brand new Akrapovic start line.

GAS Imports’ Design and Marketing Manager Jess Heaney today spoke of the plans for Akrapovic at the Motul MX Nationals in 2016.

“We are very proud to once again be the official exhaust for the MX Nationals in 2016, and with a fantastic line up of riders we believe this year will be one to remember,” she shared.

“We have increased our support in the motorcross scene, on and off the track this year, as we have released the new look for the Akrapovic off-road exhausts.

“You will see a lot more of the riders and teams representing Akrapovic in 2016, as well as riders lining up on the ‘Akrapovic Start Line’. We are very excited for the MX Nationals to start.”

MX Nationals Series Promoter Kevin Williams also made comment on today’s announcement, sharing that it’s fantastic to see the series continuing to be a strong program for sponsors.

“It has been a big month for us at the MX Nationals, with a lot of exciting announcements made, so it’s great to get the news out that Akrapovic is the official exhaust for the series once again,” he said.

“Not only is Akrapovic the official exhaust, but for the first time, our very talented group of riders will line up on the ‘Akrapovic Start Line’ prior to every race, which is very exciting.

“GAS Imports are big supporters of the MX Nationals and we are very proud to be aligning ourselves with yet another world class product like Akrapovic.”

The first round of the MX Nationals will be held on April 3, at Horsham Victoria.

Despite an early setback, Motorex KTM riders Kirk Gibbs and Daniel McCoy have made promising starts to the Terex Australian Supercross Championship […]

Captyvate media presents highlights from the final round of the series held at Knights Stadium, Melbourne. […]