Who had the fastest lap times across the board in Anaheim? 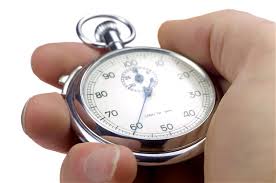 With Jason Anderson taking out the first 450SX main event of the season we had a look to see if in fact he was the fastest rider around the track. When looking at average lap times the Husqvarna rider was out in front with an average time of 1:03:177 pipping Ryan Dungey in second with an average of 1:03:542 and Ken Roczen in third 1:03:564. Dungey’s time was made all the more impressive considering he crashed during the main event.

Looking at overall fastest lap times things become a little different with Eli Tomac taking the crown clocking in at 1:01:954. Despite recording the fastest time Tomac was unable to land a podium finish for Kawasaki. Race winner Anderson scored second with an average of 1:02:169 and Cole Seely grabbed third 1:02:169.

As we extend our research onto the 250SX times we can quickly see that Copper Webb recorded not only the fastest lap time in his class but for both groups of riders. His time of 1:01:392 beat Tomac’s record in the 450’s while Jessy Nelson similarly recorded a faster overall time in the 250’s with a 1:01:397. Jimmy Decotis slotted into third place with a time of 1:02:256.

Webb’s dominance can be seen in the average lap times recorded sitting seven tenths faster than second placed Nelson. His average time of 1:03:416 was just slower than Anderson in the 450 class. While Nelson had the second fastest average he was closely followed by Zach Osborne and Jimmy ‘The Rippa’ Decotis.

The top 10 Lap times and averages can be seen for each class below.

The form of CDR Yamaha’s Billy Mackenzie continues to rise as he took out his first round win of the 2014 season at round five of the MX Nationals, held in the deep sand of Wanneroo in WA. […]

Bake Baggett and James Stewart have both been ruled out of competing this weekend. […]

Serco Yamaha / Metal Mulisha Racing’s Luke Styke has made it a hat trick of podium finishes in the opening three rounds after the Wonthaggi round of the 2012 MX Nationals was concluded over the weekend. […]