The circus is coming to town again in 2015 . Nitro Circus is a fan favourite in Australia and no other rider can pull a crowd like Nitro’s numero-uno, Travis Pastrana. We penned this exclusive interview with the global superstar for  DIRT ACTION issue 181 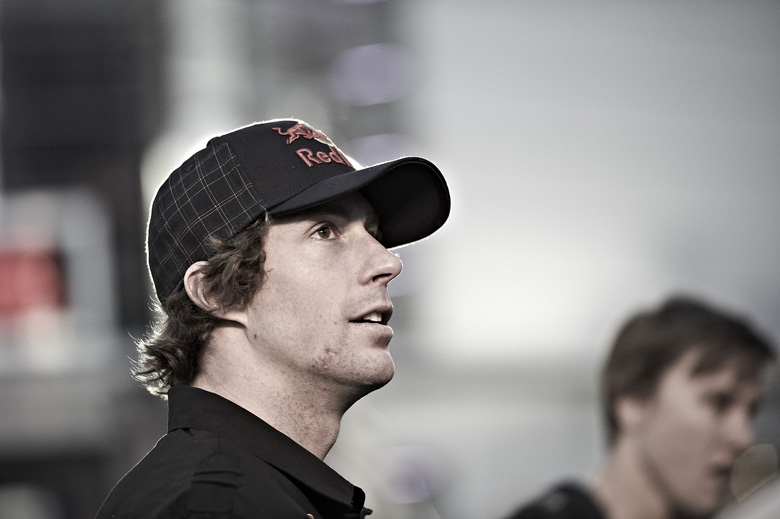 DA: Were there ever any other sports in your life before motocross?

TP: Motocross was my first sport (started when I was four) but I tried BMX, soccer, go-karting and mountain biking (cross-country, dual slalom, downhill). I really enjoy competition.

DA: Can you remember the first rider you really idolised and then got to meet?

TP: Guy Cooper! He loved to jump and I loved to watch him ride. I got sponsored by Suzuki at eight years old and got to go to his house and ride with him and his nephew Kenny Bartram. Dream come true!

DA: You’ve managed to maintain long relationships with people and brands throughout your career. Can this be a difficult thing to do?

TP: Yes and no. When you’re good enough in your sport, you have the option to choose your sponsors. Sometimes you pass up a lot of money to support the people you like and the products you want to use but in the end it’s worth it! I’ve been fortunate [in] that when I was at the top of my game I was really loyal to the brands and sponsors that I liked. In turn, most of them have stuck with me through the many injuries and down the years I’ve had in my career.

“Everyone that works behind a desk wants to know
how many bones I’ve broken and how much
money I make.”

DA: Who are some other athletes that you draw inspiration from?

TP: Matt Hoffman is my all-time action-sports hero. But I have a lot of respect for all those who paved the way for us to make a living doing what we love.

DA: Do you get tired of being asked how many broken bones you’ve had?

TP: Yep. Everyone that works behind a desk wants to know how many bones I’ve broken and how much money I make. It seems that people who’ve never experienced the excitement of sport seem to think the only thing worth taking risks for is money.

DA: Your career has taken you all around the world. What has this taught you about people that someone who never leaves his home state could never understand?

TP: I think the first thing I learned was not to judge a book by its cover. Some of my best friends are tattooed from head to toe. Some would never think of it. Some are rocking a mullet and a moustache and others are clean cut. It’s funny that you don’t need to speak the same language or look like someone to fit in. With motocross I’ve found that passion becomes your identity and that identity breaks all barriers. I’ve also learned that people like to talk shit until they meet you in person. I was walking behind some guy at the X Games who was telling his buddy how much of a little bitch I was and that he hoped I got last. The second he saw me behind him, he freaked out and asked for an autograph. Life as a semi-celebrity has been very amusing.

DA: Have you ever travelled to somewhere outside the States and truly thought you could live there?

TP: I really enjoy being home because that’s where family is. No matter where you’re from, it’s hard to beat home. Having said that, Australia and Costa Rica are the two places I’ve enjoyed enough to live in.

“The difference is that when people leave a Nitro Circus show, they’re inspired to go ride a motorcycle and
skate and surf and be an athlete.
When they left a Crusty show, they wanted to go to the strip club.”

DA: Do you ever wake up in the morning and feel daunted about the whole Pastrana brand juggernaut and always going bigger and better?

TP: Not at all. I always expected to be working construction with my family, so every day I get to travel the world and have fun with my friends is a bonus. I really enjoy pushing myself and so does my wife. Stepping up to the challenge has been how my wife and I have defined ourselves for our whole lives. For the most part, everyone on Nitro Circus has to be told to not try the big tricks every night. If we had it our way, all of us would probably be hurt 24/7. We hate being hurt but we love the excitement of trying something new.

DA: Do you feel the more family-friendly and accessible nature of Nitro Circus has in some way given it the greater appeal and kept the fans coming more than the more aggressive Metal Mulisha or Crusty presentations?

TP: Both shows have an action-sports foundation but Crusty Demons had a more limited audience. They weren’t focused on evolving the show or pushing their sports. It was a party. I can’t take anything away from them because, like us, they found a way to travel the world with their friends and have a really good time. The difference is that when people leave a Nitro Circus show, they’re inspired to go ride a motorcycle and skate and surf and be an athlete. When they left a Crusty show, they wanted to go to the strip club. 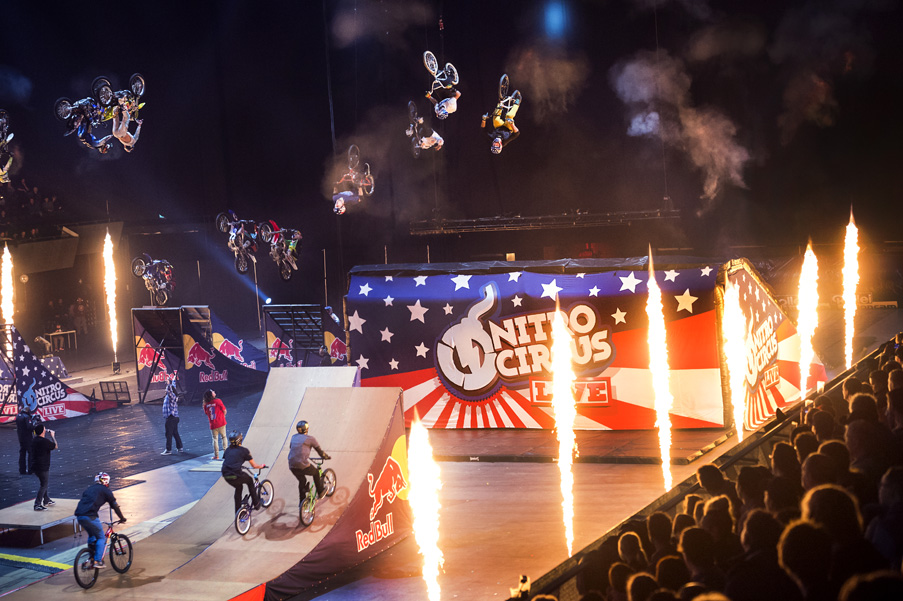 The 2015 Sydney Motorcycle Show will be headlined by some of Australia’s best motorcycle racers as they compete in the Honda Motorcycles Head2Head EnduroCross. […]

An interview with Dan Reardon, the comeback king. […]

Kawasaki Confirms Ryan Villopoto to race in MXGP in 2015. […]