Cole Seely has been ruled out of the RedBud National with a broken pinkie. 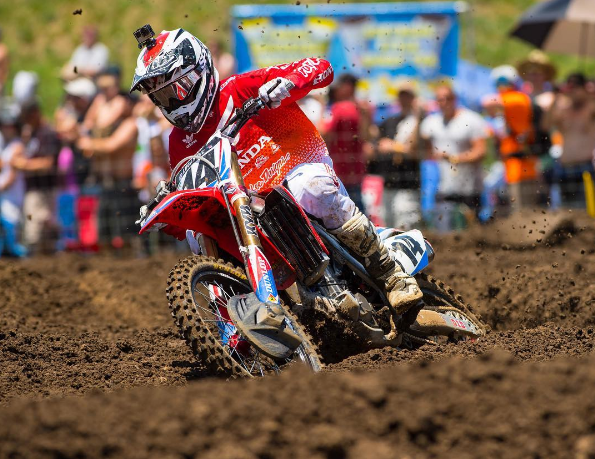 The HRC rider will join a long list of premier class casualties including teammate Trey Canard. While we are still awaiting an official press release, it has been reported that Seely picked up the injury from a stray rock in a turn rather than an actual crash.

In his second 450MX season Seely was really starting to hit his straps including a podium finish in moto one at Muddy Creek last weekend.

As further details emerge regarding the extent of the injury, we will be sure to keep you informed.

The Red Bull KTM rider has made the difficult decision to pull out of the race in Qatar. […]

Clement Desalle has confirmed a crash during the weekend’s Valence International Motocross has resulted in a fractured left radius. […]