A new-look official Suzuki team will line-up for the 2018 MX Nationals and Australian Supercross Championship, with the announcement of KSF ECSTAR Suzuki Racing team.

The team will also field two premier class 450cc riders, which along with other key team sponsors will be announced in due course.

“We ran the all-new RM-Z450 in Supercross last year with Daniel Herrlein and were super impressed with the bike’s competitiveness, to have our whole team exclusively running Suzuki this year along with their support and also ECSTAR oil as a title sponsor is phenomenal” commented Fischer. 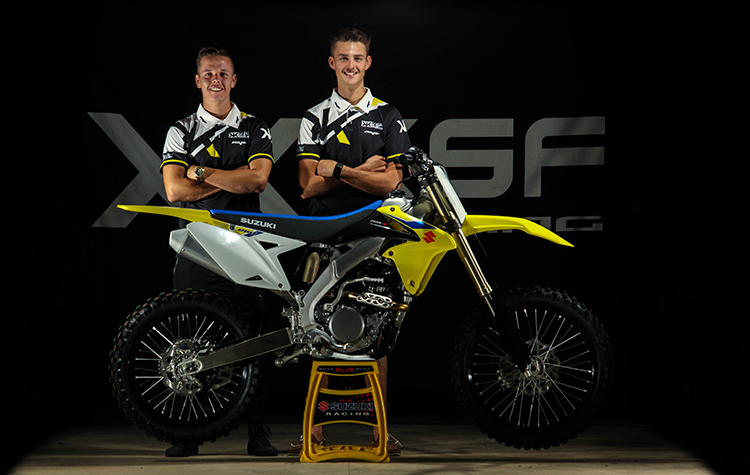 KSF Racing’s involvement with the sport extends beyond just the pro ranks, with the organisation also running a rapidly expanding junior development program focussing on the fundamentals both on and off bike assisting young athletes in achieving their dreams.

“Suzuki has recently introduced several new programs to assist riders racing efforts. Our Suzuki Support Rider Contingency program is second to none and we’re also reimbursing the cost of National Competition licences through our benefits incentive with Motorcycling Australia.”

“We saw partnering with KSF Racing as the perfect fit in achieving our goal of improving Suzuki’s involvement with the sport whilst also paving a way for young riders to successfully make the transition from grass roots junior racing to professional aboard yellow” concluded Croft.

Suzuki would also like to take the opportunity to thank the Wilsons MX squad and supporters for all their efforts and contribution to the brand over the last two seasons. Wilsons MX will take a breather from the MX Nationals circuit for 2018, however their association with Suzuki will continue with Luke Wilson #15 taking on the role of brand ambassador for the Queensland region.