Ken Roczen is a badarse. There’s no other way to put it. His return to racing is well-documented. From what should have been a career-ending arm injury, Roczen went through almost a dozen surgeries and is back racing the AMA Supercross. A full year since he crashed at Anaheim 2, Ken made the interesting choice to switch from Fox to Shift and wear the same gear he wore in the horrific accident in the opening ceremony and first main event. A huge statement. 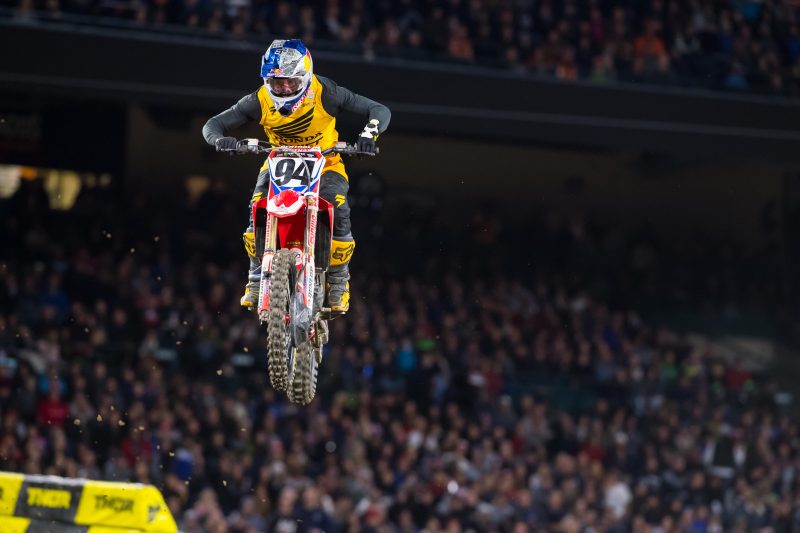 “It was my idea to wear the same gear from last year’s crash,” Roczen said. “It was all about making a statement and I think it did that. Not everyone was crazy about the idea, but I’m not superstitious and felt this was a cool way to officially put everything behind me and move forward.”

Roczen struggled to find his flow in the all-new three race format, ending the event in ninth overall. 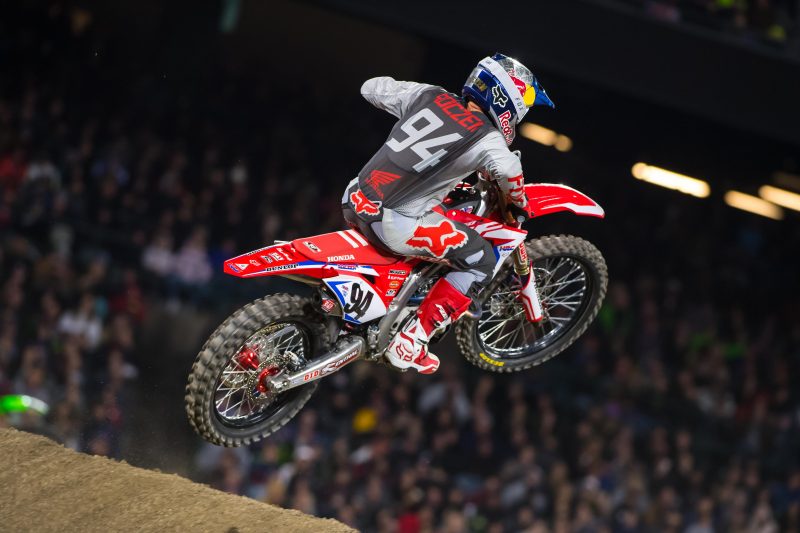 “Tonight was very interesting. It’s Anaheim 2, which is obviously where I crashed and even though I tried not to think about it at all, it lingered subconsciously in the back of my mind. I didn’t feel like myself at all out there. I was riding bad and couldn’t seem to do anything about it. I went into the first main, got a bad start, felt terrible on the track and basically went backwards. That definitely wasn’t the plan but the worst part was, I had two more to go [laughs]. Even though I didn’t feel good, it was great to just finish it and get this one off the checklist. It was big night and obviously, it could’ve gone worse—as we saw here last year. We’re walking away from here super healthy and looking forward to next weekend’s race. All in all, it’s a tough pill to swallow as a rider because I want to win or at least battle for the win. It for sure wasn’t there today though. I want to move on, forget about tonight and start looking forward to the next one.”