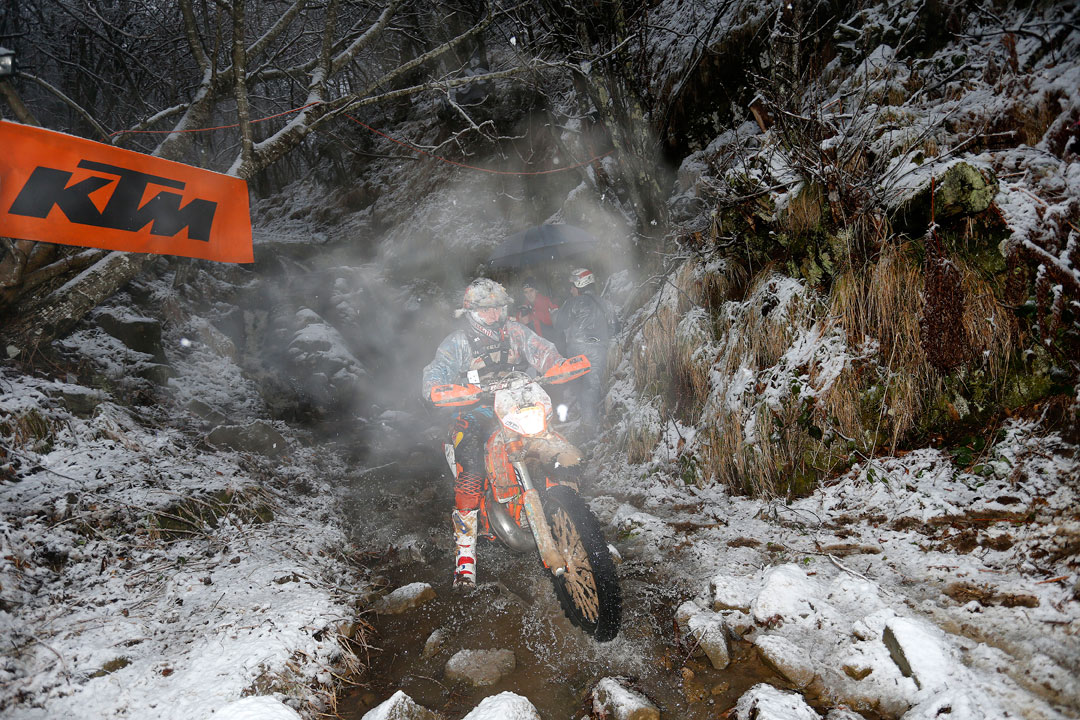 Sunday, following what the factory KTM rider described as ‘the hardest race I’ve

Jonny, two races into the 2015 extreme enduro season and two wins. You

must be pleased with the way your ‘outdoor’ season has started?

Jonny: “Absolutely. Getting a first win anywhere is always good, but to get the

win at Hell’s Gate with the weather as bad as it was makes this extra special.

More than usual it was a real team effort, I have to say a big thanks to Seb my

mechanic and everyone else who helped during the weekend.”

Just how bad were the weather conditions?

Jonny: “They were horrendous. During the morning’s qualifying race they weren’t

too bad I guess. It was just foggy with a little rain towards the end. There was

some snow on the track, but it wasn’t anything too crazy. It was during the main

race where things started to get interesting.” 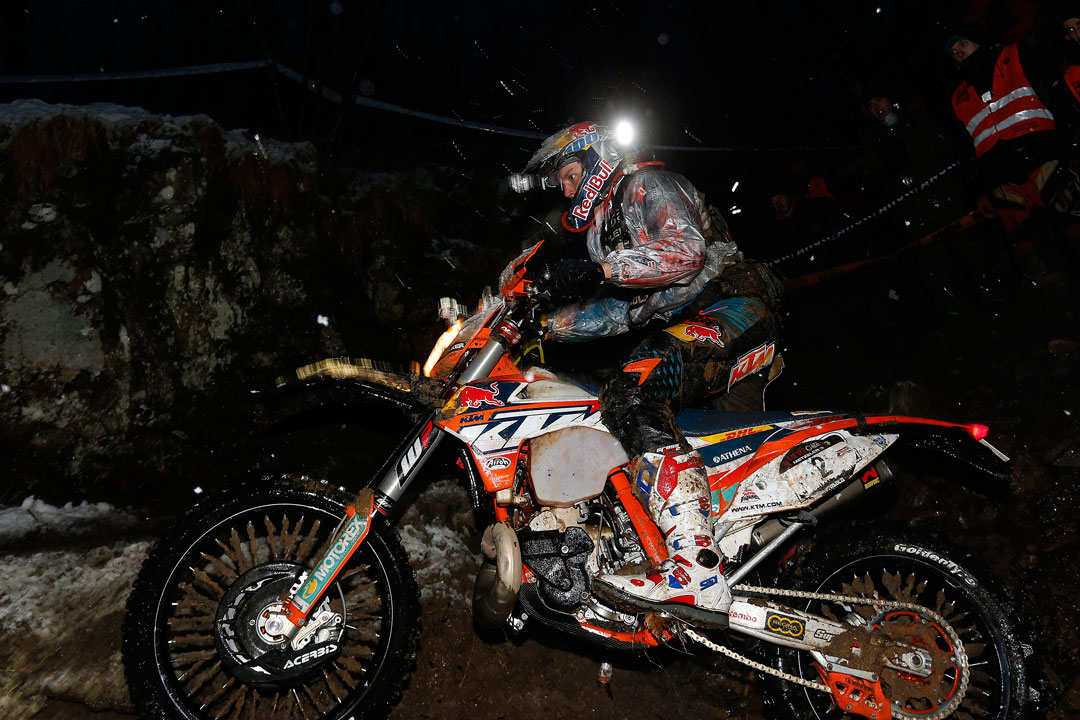 By interesting you mean difficult, right?

Jonny: “Yeah, it was the toughest conditions I’ve ever raced in. There was water

everywhere and a lot of snow. What made it so hard was the fact that the snow

was so wet and heavy. There were so many tree branches hanging right where you

needed to be riding. When you hit the branches you got a face full of cold, wet

snow. At one point I had to stop to remove the snow from the front of my helmet.

Also, my hands were so cold. I could hardly feel my handlebars after the first

The water caused problems for many riders, did you have any problems?

Jonny: “I think everyone did. It was so easy to make a small mistake, like Graham

did. He was so unlucky, I’m gutted for him because I know how much he loves

racing at Hell’s Gate. With so much of the course covered in snow it was just

difficult making the right line choices all the time. I just tried to be cautious a lot

of the time, I guess it worked for me.”

yourself. What was going through your mind when you saw Graham’s bike

Jonny: “I was just praying it wouldn’t happen to me. Like I said it was just bad

luck for Graham. I’m sure he’d have been tough to beat without his problem. I

was following him at the time, at the start of the second lap, and looking forward

to racing with him.”

Despite the difficult conditions you must be pleased with the way you rode?

Jonny: “Yes, I am. I knew that I was a lot fitter than in previous years. Although

lot of time on a bike. It takes a few years to really feel comfortable somewhere

like Hell’s Gate, and this year I felt good. It was a bit of a crazy race with only 13

or 14 riders qualifying for the main event, and then with the weather things got

even crazier. But it was a great feeling to win.”

Finally, it’s back to the SuperEnduro series this coming weekend…

Jonny: “Yes. If nothing else I’ll be a lot warmer racing indoors, compared to Hell’s

Gate. It’s back-to-back SuperEnduro races in Mexico and Brazil, then back to the 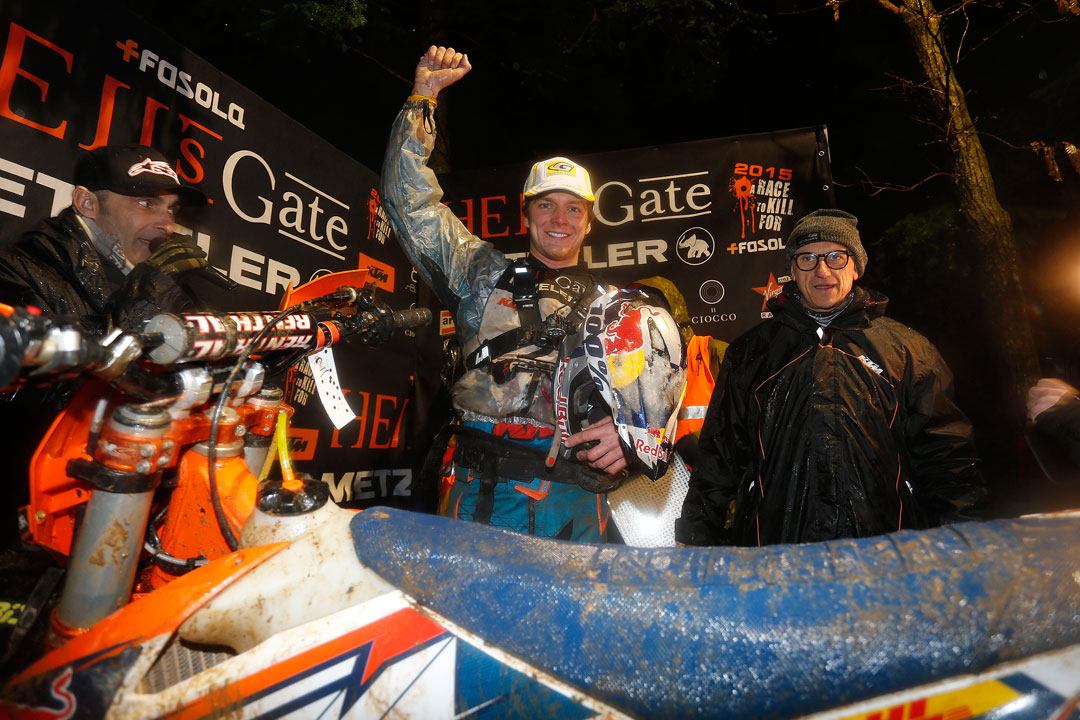 Youngster Caleb Ward has impressed on his debut ride in the national premier class. […]

Australian supercross star Chad Reed has once again left a cryptic message for his fans suggesting a possible move to the MXGP for 2016. […]

The New Zealand rider has won both motos on her way to victory at the opening round of the 2016 FIM Women’s Motocross World Championship. […]