Serco Yamaha’s Wade Hunter will miss the AUS-X Open with a broken foot. 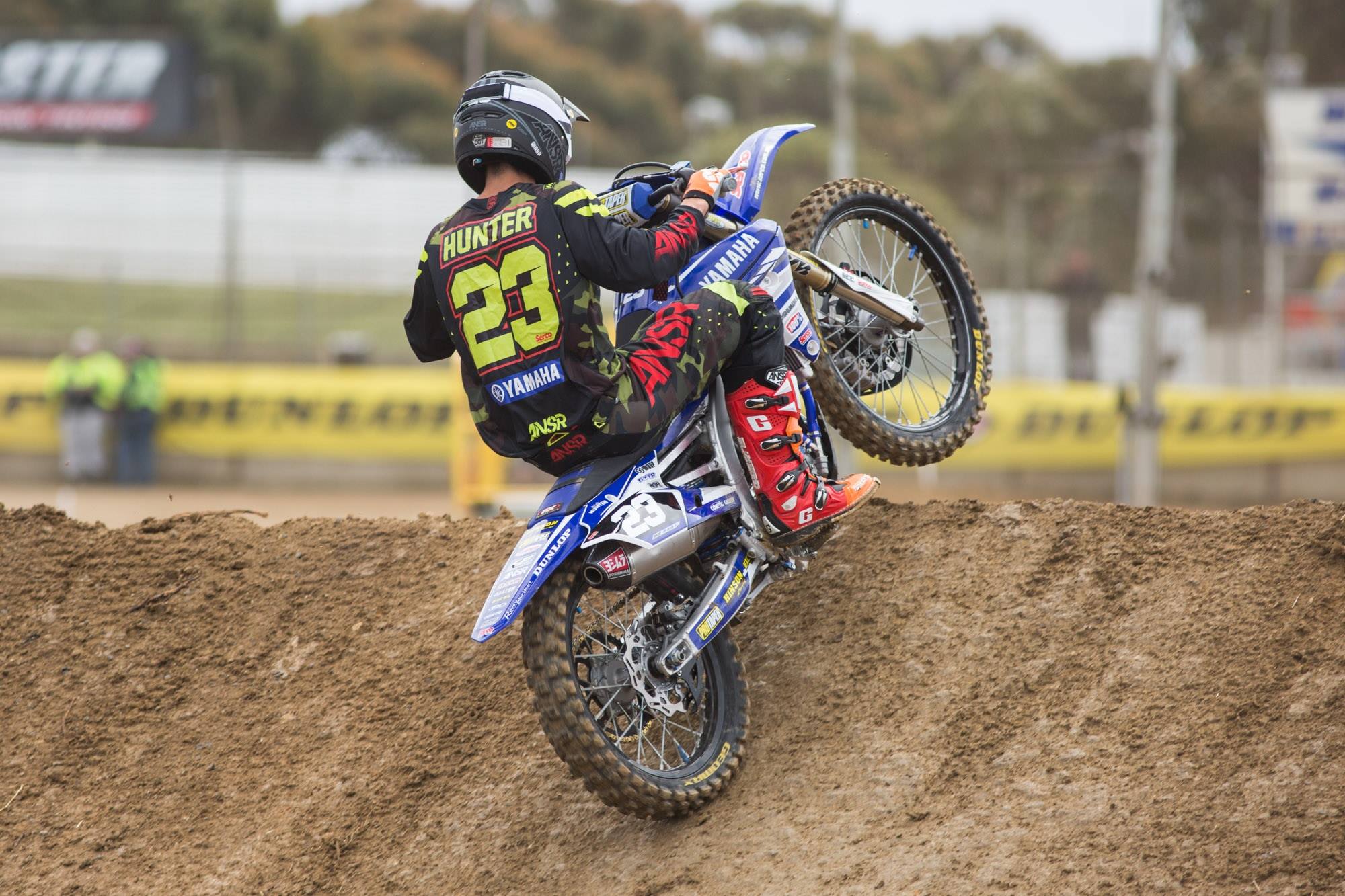 The fourth round of the Australian Supercross Championship was short-lived by Hunter who went down in the opening moments of the main event after colliding with another rider. In substantial pain, the Serco rider laid trackside before being ushered to the pits by RaceSafe officials.

X-rays have since revealed that Hunter has broken three bones in his left foot bringing an abrupt end to his supercross season.

“It’s a really disappointing way to end and the incident wasn’t my fault. In the first couple of turns, there were bikes going everywhere and someone jumped across on me and we collided in the air. As soon as I hit the ground I knew something was wrong as the pain was instant.

“I have had fun in the years’ championship and it’s been nice to turn my year around after a terrible motocross season,” Hunter said.

It wasn’t all doom and gloom for the Serco Yamaha team with SX2 rider Jackson Richardson claiming second spot for the night, his third straight podium result. Richardson gunned for the top position but was unable to catch American flyer Gavin Faith.

“Considering how the heat went and the dry and slippery track, taking second tonight wasn’t too bad,” Richardson said. “I knew I had to get a great jump from the start because I was so far wide, but I was able to do that and put myself in a good position in the early stages.

“Congratulations to Gavin tonight. He never really made a mistake and deserved his win but this sets up a pretty good finish at the final rounds with the three of us not that far apart in the points and anything can happen at an indoor event,” Jackson ends.

Richardson has closed the gap to eight points in the championship with two rounds left to race. Hayden Mellross continues to lead the class with both riders set for a showdown this weekend at the AUS-X Open.

Round three of the Australian Supercross championship has seen Dean Reardon and Jimmy Decotis enjoy the spoils of a second straight round victory. […]

Ken Roczen cruised to his second straight round victory while Ryan Dungey walked away with back to back class titles. […]

Victorian Josh Cachia has risen for his first podium of 2012 in the MX2 category of the MX Nationals, Australian Motocross Championship, at Wonthaggi in Victoria on Sunday. […]