Dean Ferris looked set for victory in both motos before making crucial mistakes. 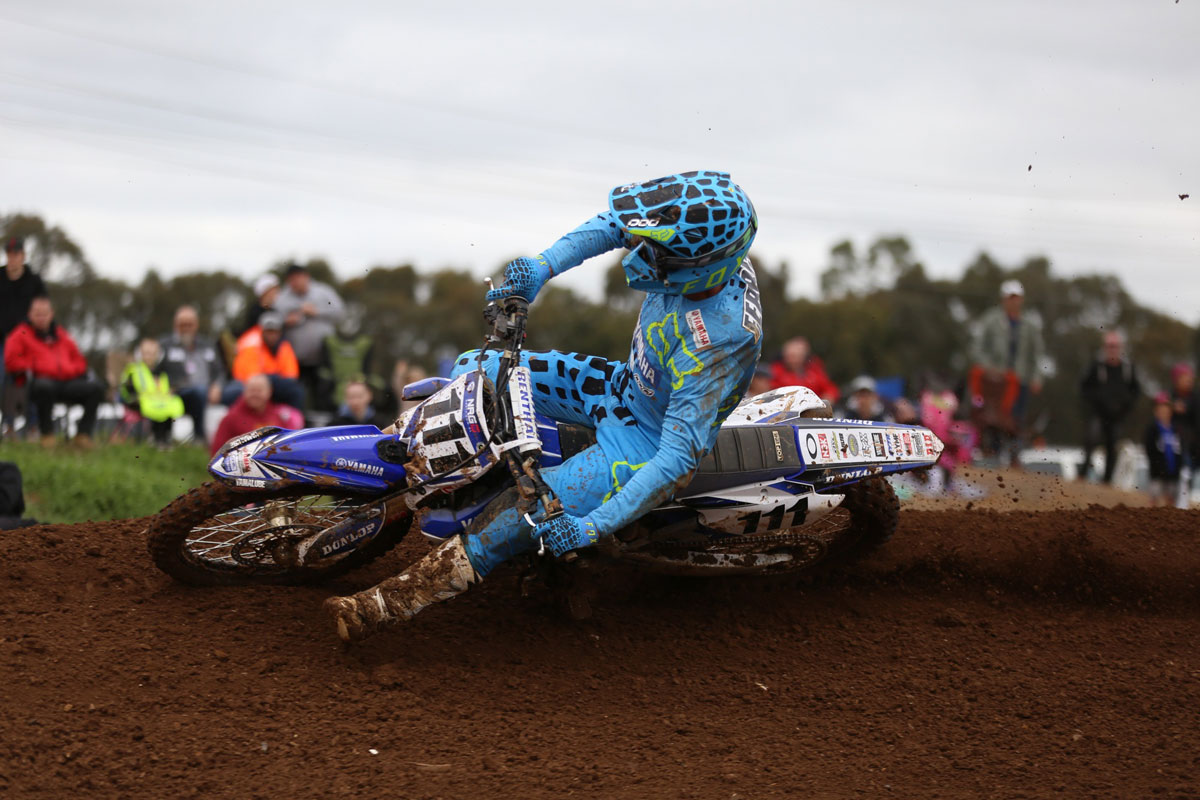 Round eight of the Motul MX Nationals proved frustrating for Dean Ferris and the CDR Yamaha team. In the opening moto, Ferris led the way before an uncharacteristic crash saw him drop back to third place. In the closing stages he was able to make up one place on Gibbs, but Waters would claim the chequered flag.

In moto two, Ferris was once again the lead rider. Looking to make amends for race one, the Yamaha ace looked set for victory before disaster struck on the very last lap. Ferris tipped over once more and Kirk Gibbs was able to sneak past to steal the win.

“I’m so angry with myself,” Ferris fumed. “I don’t know what else to say! I’m angry, disappointed and a whole heap of other emotions but I’m going to use that to drive me for the final two rounds. I’m better than what happened today and I’m going to prove it at the last two rounds.”

With two rounds left to race in the championship only 16 points separate the top three riders. Kirk Gibbs holds a nine point lead over Ferris, with Waters 5 points back in third. Every moto from here on in is crucial for all riders and Ferris will undoubtedly be using his disappointment in Shepparton as motivation.

“It was the day that could have been,” said team manager, Craig Dack. “Dean had both races under control but he couldn’t close it out. I know he is fuming, so we will just let the emotion settle and then go through the races and work out the things he could have done better and coach him through it.

“It was a rough day but he has the speed and skill to win this championship and, after today, a lot more motivation. Knowing Dean, no one will work harder in the next three weeks and as a team we will leave no stone unturned in chasing this championship,” Dack concludes.

An introductory video for riders Clemet Desalle and Jordi Tixier. […]

The 2016 KTM Australian Junior Motocross Championship continued with hundreds of kids heading out to race again this morning – day four getting started with a bang at the Riverland Junior Motorcycle Club at Renmark. […]