Team Honda HRC Cole Seely had been out of the limelight as the 2018 AMA Supercross Series was building hype. When your team mate is Ken Roczen and he is coming back from what should have been a career ending injury, it’s easy to be the forgotten one. This year, you are presented a new Cole Seely, he looks aggressive, he’s fast and he’s determined to fight for victories.

At the third round of the AMA Supercross Championship, a fast-starting Seely showed the world he means business. He won the first Main Event of the Monster Energy Triple Crown and fought with Eli Tomac for victory in the second. A bad start in the last meant he needed to charge through the pack from 14th, his results (1-2-7) giving him second overall, narrowly missing his first overall victory in the 450 class. 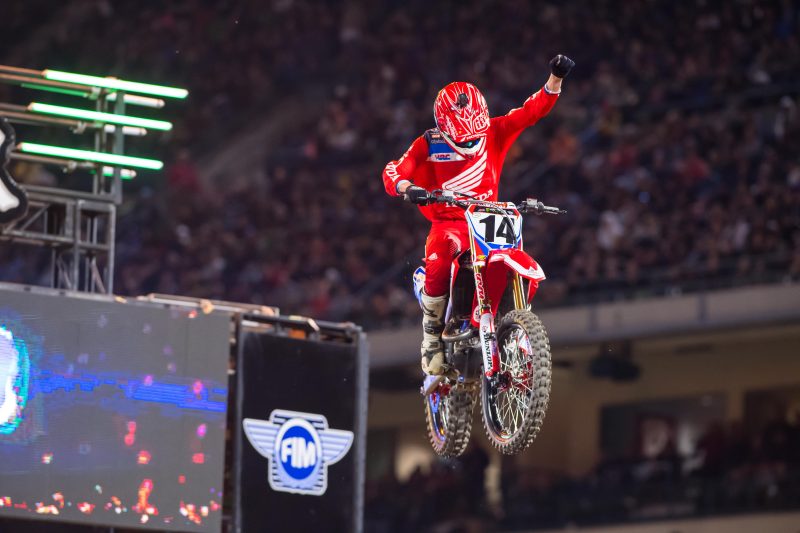 “It feels great to be back on the podium. Leading some laps in the first race definitely helped boost my confidence, but I was h-appier with the way I rode in the second main event. Eli [Tomac] was going fast so to be able stick with him and almost challenge for the lead before making that mistake was huge. I was definitely feeling a little pressure on the gate of the last race because I just needed that last bit to close the deal. I knew I was riding really well in the first two mains, but sadly my start in the third race got me. [Weston] Peick kind of came over on me down the start-straight, so I got shuffled back and came around the first turn in around 14th. It was hectic coming through the pack. I ran out of steam in the end and wish I could’ve pushed forward a little more and made a few more passes. It had the win in my grasp and was so close.”