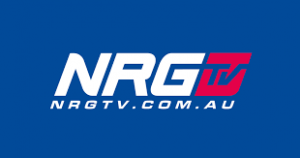 So Kev, tell us what exactly happened to the NRGTV live broadcast at round one?

How does Australia’s internet impact the live stream?

So basically the problem we have is that we go to motocross tracks in remote areas, and most people will know that if you are at a National on race day, you’re lucky to send or receive a text message. Most motocross tracks are in remote of fringe areas and don’t have great telecommunications reception. In the past we were relying on networks like Telstra, Vodafone and Optus, but as the crowds got bigger the demand on the same signal got greater, and as a result the live stream would drop out. We invested $70,000 on a satellite system and since its had its automatic upgrades it hasn’t been able to hold a signal. We are working with Orion Satellites to rectify the problem.

What has been happening behind the scenes since round one to rectify things?

Since round one the satellite has been up and Orion have been working on it and testing it for close to a week. We are about to go through a final phase of testing today to see exactly where we are at with it. Some parts of Australia have better satellite reception than others, but we’re dealing with emerging technologies and ensuring that we are able to deliver. In relevance, you look at the size of Telstra and look at their budgets and equipment and they have had several failures this year – we are no where near that scale but we’re continuing to work on delivering.

What can NRGTV viewers expect this weekend?

Subject to further testing with the satellite company, we hope to get racing out live. Should we have any issues with the satellite then all of the racing will be recorded in full HD and uploaded for delivery on Wednesday evening on Youtube. We are going to work very hard with the satellite company up until race day. Right now we get all the vision in, we can capture everything, we have ten staff dedicated to NRGTV. Getting the vision from the track, to the satellite company and back to viewers is where the failure is. I completely share the disappointment and the frustration of people who want to watch it but they can’t. They are felt by us too. People often ask why don’t we just put it on television, but the lead time to get it on TV is at least two or three weeks, and by that stage it’s old news. Just because something is not working 100 per cent today, doesn’t mean it’s not going to work. We are helping to develop new technology and with that comes perseverance. Whilst we understand that this is frustrating, it’s very disappointing when you jump on social media and read comments from people within the industry who continue to bag everything we do. I just wish some of those people would understand what we’re trying to achieve. At the end of the day we are just trying to help the sport. More than a quarter of a million people in 134 different countries have got to tune in to the MX Nationals, and we know that we are on the right path.

The second round of the Motul MX Nationals will be held in Appin, New South Wales on Sunday April 17.

Todd Waters has claimed a maiden round victory for the 2016 Motul MX Nationals. […]

Clout to Join the Aussie Team

Motorcycling Australia has announced Luke Clout as Jay Wilson’s replacement for this weekend’s MXoN to be held in Ernee, France. […]