The American rider has won the opening two rounds of the 2016 series. 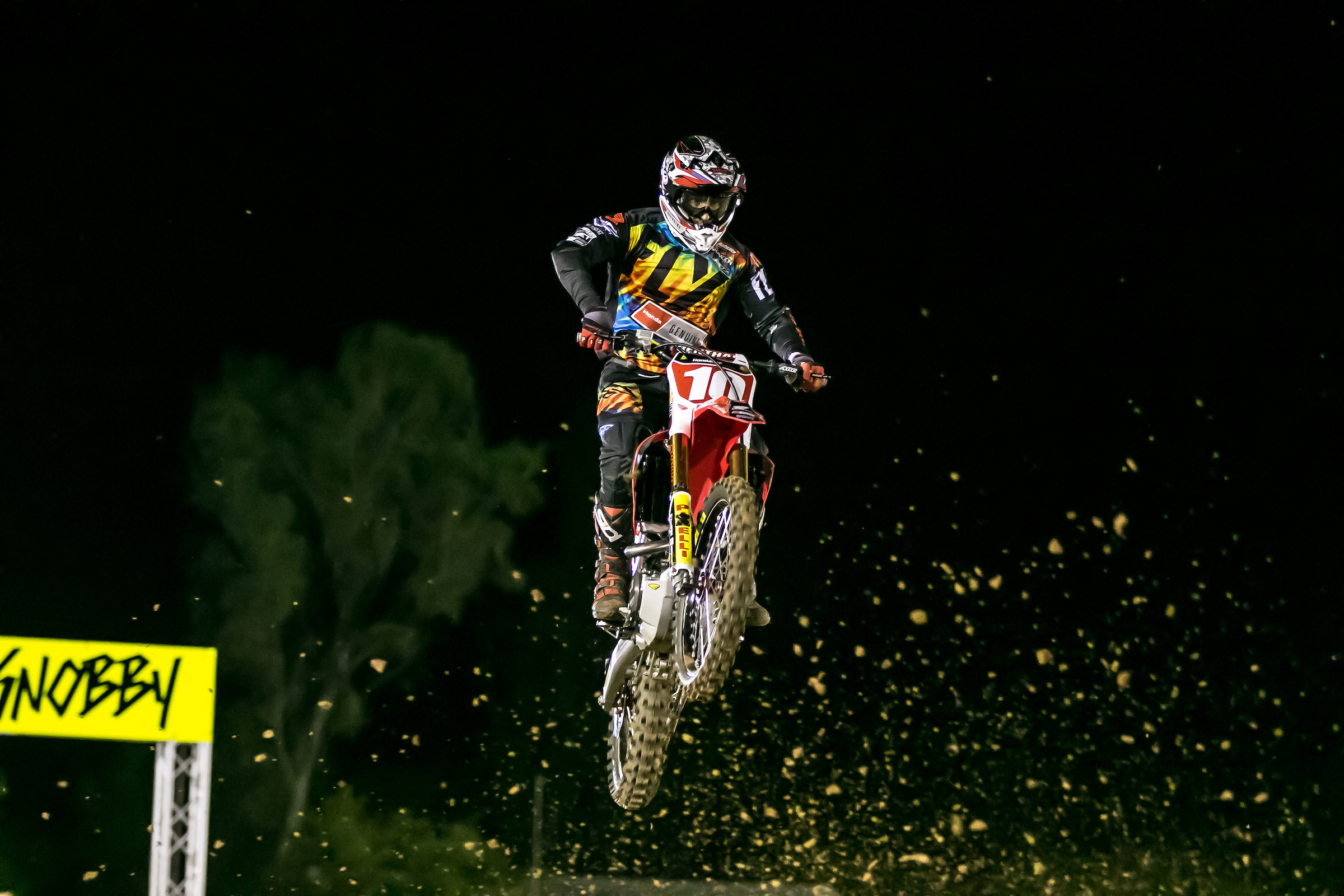 Honda Genuine Racing’s Justin Brayton has once again proved too strong for the Aussie contenders scoring a second win from as many starts in the SX1 Class. Brayton made easy work of the technical Toowoomba track launching a come from behind assault for victory.

“I needed to be patient,” Brayton commented. “I hit neutral off the line and went around the first corner in ninth or tenth. From there I knew I had to stay composed. I just picked parts of the track where I could make clean passes and I took my time. The track was awesome at the beginning of the day, but it dried out quickly and became super technical.

“It was a hard race to make as many passes as I did stick, but I am really happy. We have won all heat races and finals and I want to continue this form coming into Adelaide. We have some more work to do with the bike between rounds- the tracks back home are a little different because of the moisture in them. I am confident we can improve everywhere, which includes my fitness,” he finished.

Teammate and countryman Adam Enticknap scored seventh in Toowoomba, a huge improvement from the opening round. The Honda rider was pleased with the result but knows he is capable of cracking the top five.

“It was so much better and I felt a lot more comfortable on the bike,” Enticknap said. “I still have a long way to go to before I will be happy with my speed, but I see the result as a positive and a step in the right direction.”

Defending 250 champ, Jimmy Decotis failed to even make the final after a big crash in the heat race ended his night early. The American was declared unfit to continue racing in the LCQ and was obviously disappointed in the result.

“Firstly, I am thankful I was wearing a Shoei helmet and I am also grateful for the fantastic work of the medical team,” Decotis shared. “I need to remain positive that I haven’t seriously hurt myself. It’s disappointing, as I was the fastest rider on the track and I felt really good in practice and qualifying. I need to take those positives into the next round and remain focused. There are still plenty of races to be won”.

Former Australian Motocross Champion Jay Marmont has finished fifth at the second round of the ASX Championship. […]