KTM Factory Racing’s Musquin fought his way to the front of the pack after a fifth place start in the 450SX Main Event. One by one, Musquin picked off each of his competitors to lead 14 of the 24 laps.

“To win tonight definitely was not expected,” Musquin said. “It was a difficult day, but I tried to stay calm, and I guess we made it happen.”

Musquin, the million-dollar winner of the 2017 Monster Energy Cup, was joined by Rockstar Energy Husqvarna’s Jason Anderson and Monster Energy/Knich/Yamaha Factory Racing’s Justin Barcia on the podium, the first for Barcia since 2014. Anderson, who started sixth, charged through the pack to claim second ahead of Barcia.

For Team Honda HRC’s Ken Roczen, last year’s Anaheim 450SX Class winner who has not raced since Anaheim 2 in 2017, came out swinging after a 12th place start and climbed to fourth by the checkers. 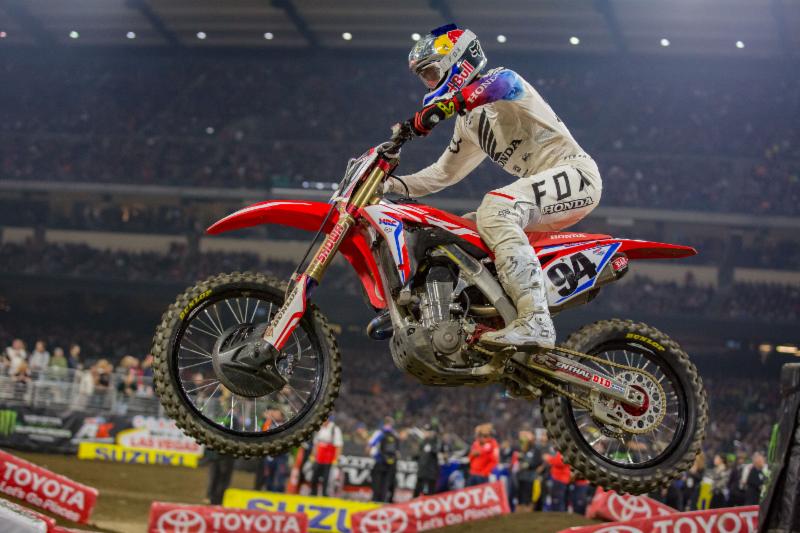 Monster Energy Kawasaki’s Eli Tomac, winner of nine Main Events in 2017, found the holeshot and lead for seven laps until a mishap eventually forced him out of the competition.

“This is a big year,” McElrath said at the post-race press conference. “The West Coast has got a lot of competition from a lot of teams, too. I’ve never really felt that much nerves.”