Yamaha’s WR450F is the sales king of the enduro 450Fs. We take one home and find it’s everything we’d hoped for and more.

To give Kato credit, the second to fifth highest-selling bikes are all orange, but interestingly the WR-F outsold the 450EXC by three times and the only other 450 in the top 10 is the RMX450Z, of which Suzuki sold 188.

The WR450F had to succeed in its latest iteration and succeed it did. We rode the bike at the Aussie launch in 2016 but haven’t spent much time on it since so the chance to take one on as a project bike was too good to pass up.

Yamaha sweetened the deal by offering a bike with some extra goodies on board, including a full Akrapovic exhaust system and a host of GYTR hard parts. Somewhat sheepishly, I took delivery of a bike that also had the number one on the headlight and sideplates. I’ve been at pains to point out to everyone that means only that the bike is the number-one seller, not that I’m a number-one rider. In fact I could well be the first rider to ever run a four-digit race number. 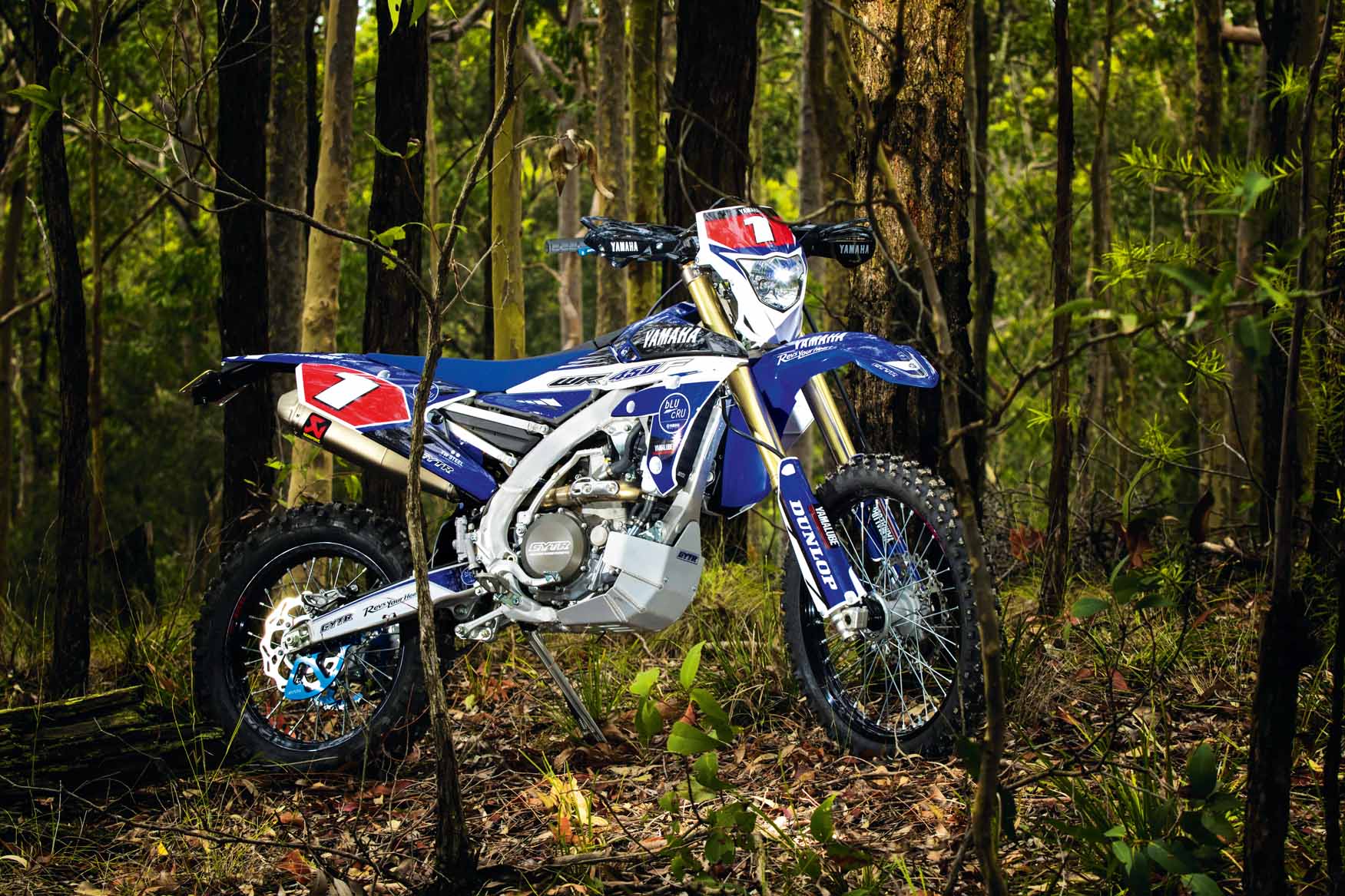 As I said, I last rode the bike at the launch. It was a good launch but it’s hard to get the full picture on a brand-new bike on tracks you don’t know while trying to keep up with the likes of Green, Ralston, Milner and Hollis. Even Josh Coppins was there, which might be a surprise to some given he’s a motocross legend, but in fact he played a huge role in developing the WR450F. And he’s pretty intimidating to ride in front of. 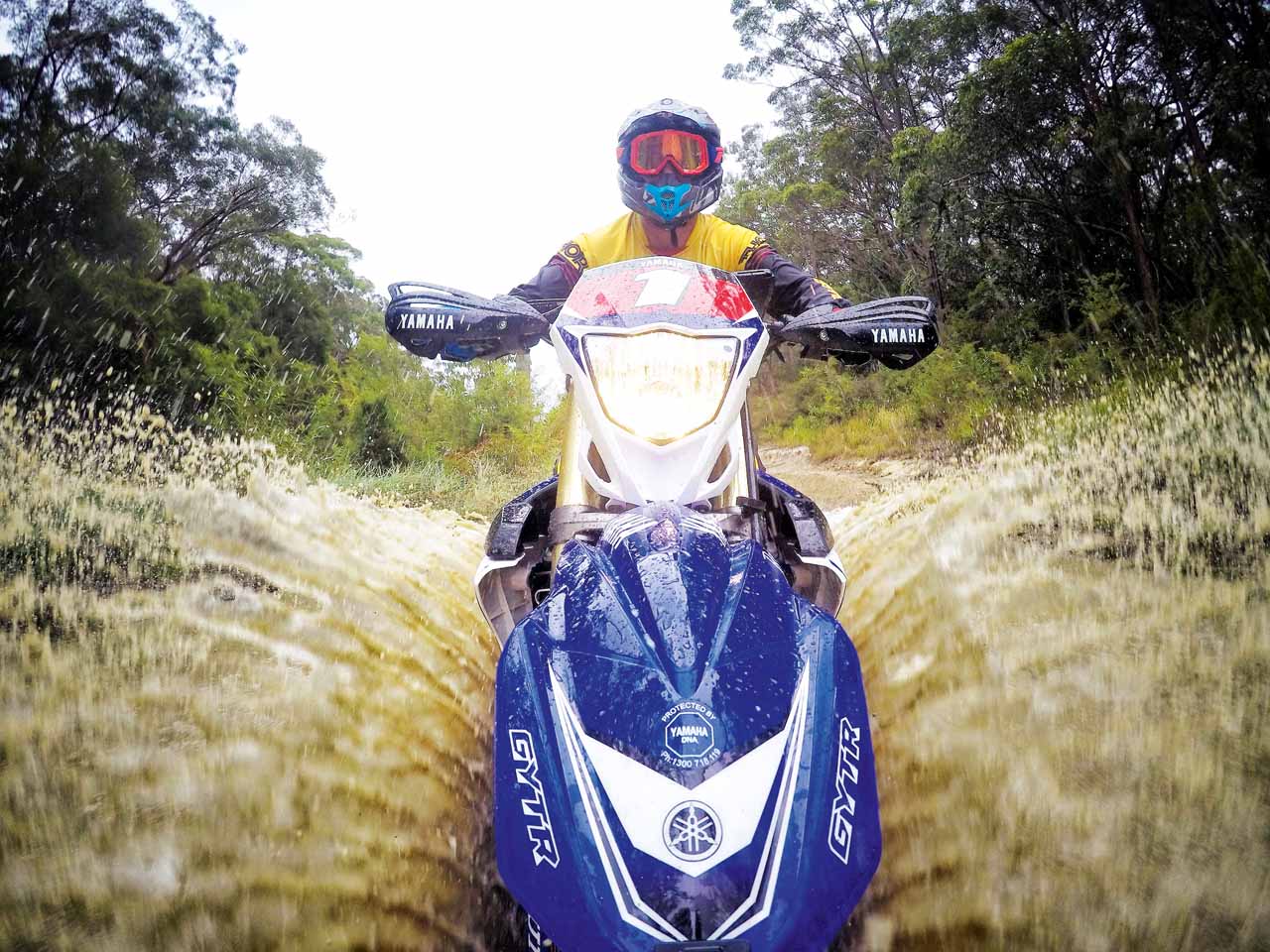 But back on my own familiar tracks I only have to worry about wallabies and my own stupidity and I can get to know the bike properly. My gauge for whether I like a bike is pretty simple: does it make me want to ride it? After that initial ride, do I feel the urge to get back out and ride it straightaway or do I park it and not think about it?

I also thank my bike after a good ride, so my thought process might be different from yours, but I can tell you straight up I’ve already ridden the WR-F more this year than I rode any other bike all through 2016. 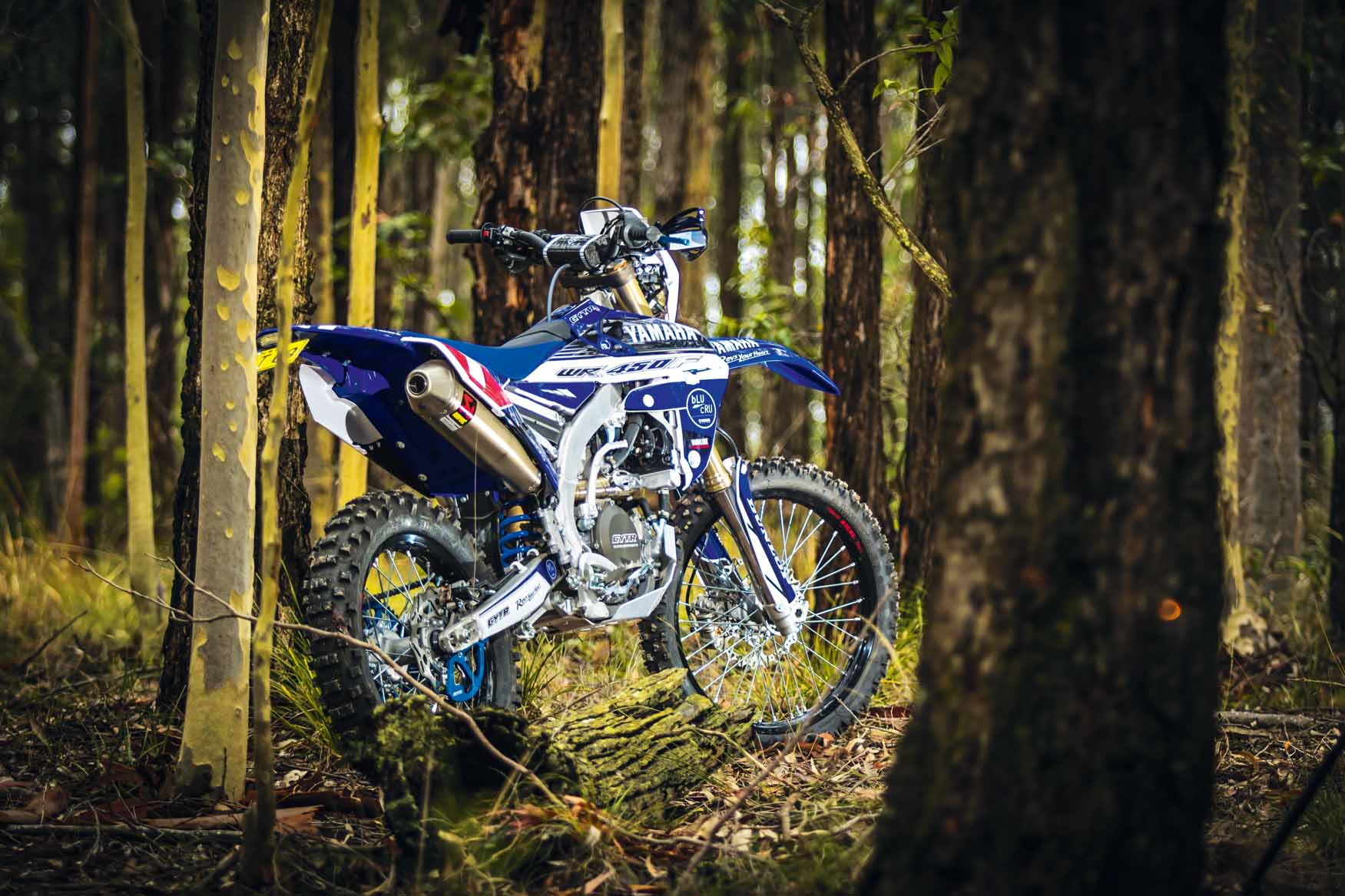 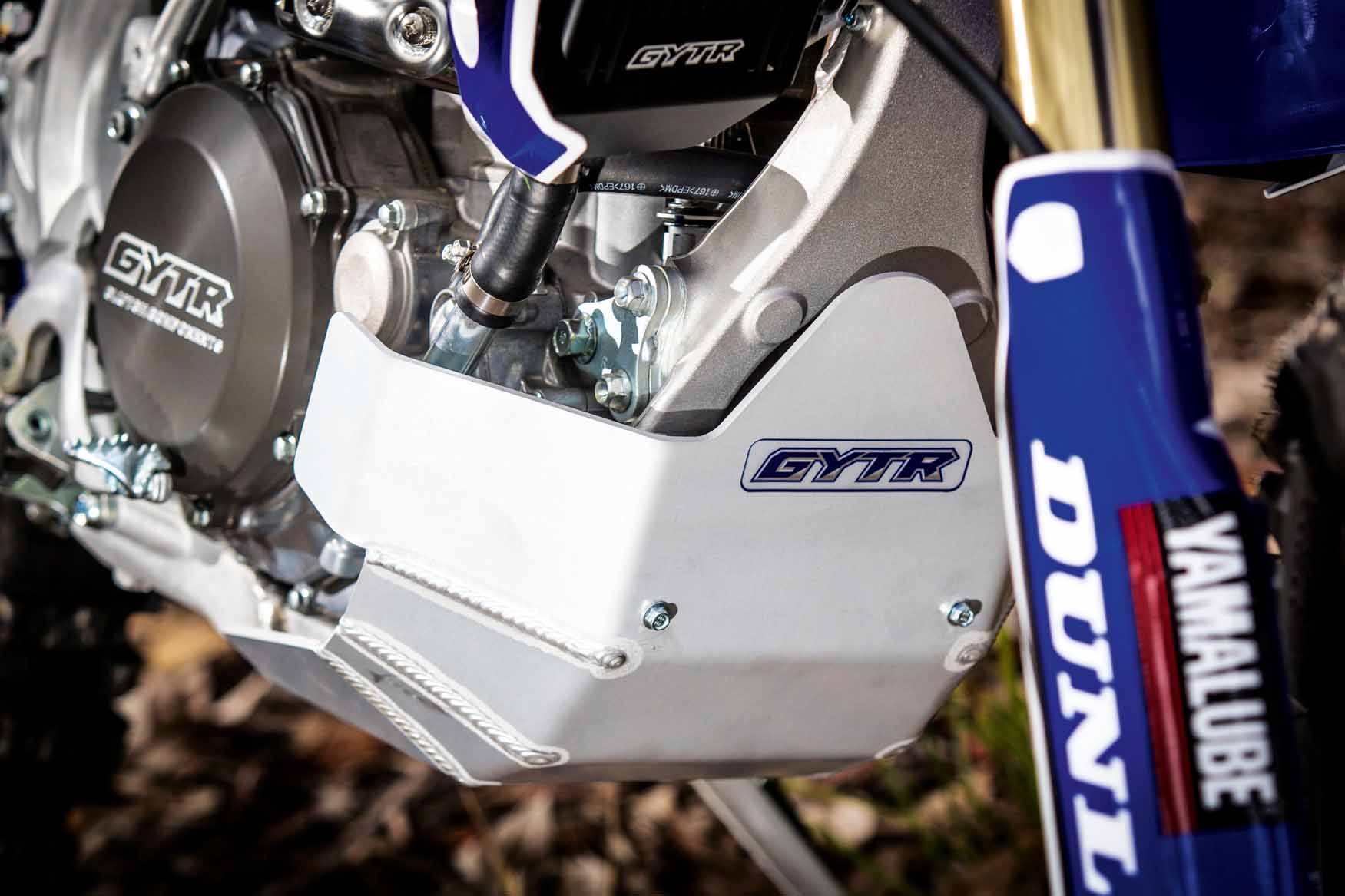 Also, the bike I’m on came with the “Hollis map” installed. To explain, the ignition on the WR450F can be adjusted via the brilliant hand-held Yamaha Power Tuner. Very basically, you can make the bike more or less aggressive and ultimately fine-tune the power output in minute detail using the Power Tuner. Chris Hollis — you may have heard of him — developed a map that mellowed the power of the WR450F, which is in my opinion the best way to ride the Yammy. 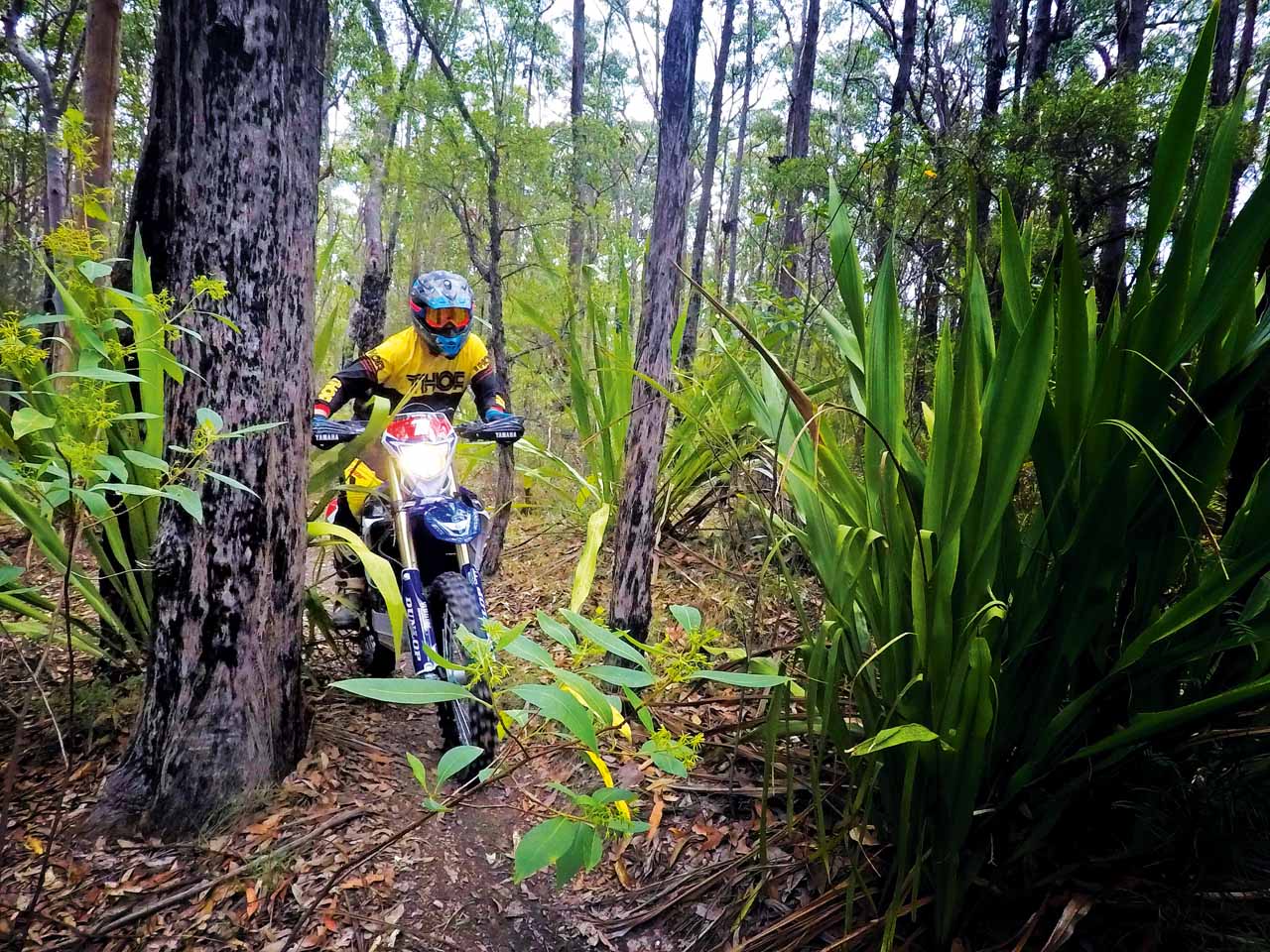 For me, the bike is too aggressive to ride easily in the bush; there’s too much YZ-F still in there and that quarter- to half-throttle surge in the lower gears is tough to keep a handle on, especially on tight tracks. Hollis famously does little to his bikes and is one of the smoothest riders in the world. He rarely revs the shit out of a bike, preferring instead to keep constant throttle and traction. The Hollis map calms the WR-F’s engine while maintaining a nice torquey response that makes the bike so much more usable and versatile for the average rider and for a legend like Chris.

The bike is fun with the standard map but the Hollis one is far easier to ride with, less fatiguing and ultimately better for the majority of riders without losing the meat of a 450F.

Given the WR-F is based directly on the YZ450F, it’s no surprise that it’s a bike that can turn well. So much of that comes from the chassis but the suspension deserves a lot of kudos here. It’s well balanced in stock trim and, while the bike feels stiff till the chassis beds in, the fork and shock aren’t overly harsh and do a good job at providing a comfortable ride at a relaxed pace while still doing the business at higher speeds. It’s particularly good at taking solid hits at speed without getting out of shape and cornering on rough ground is pretty damn confidence inspiring. 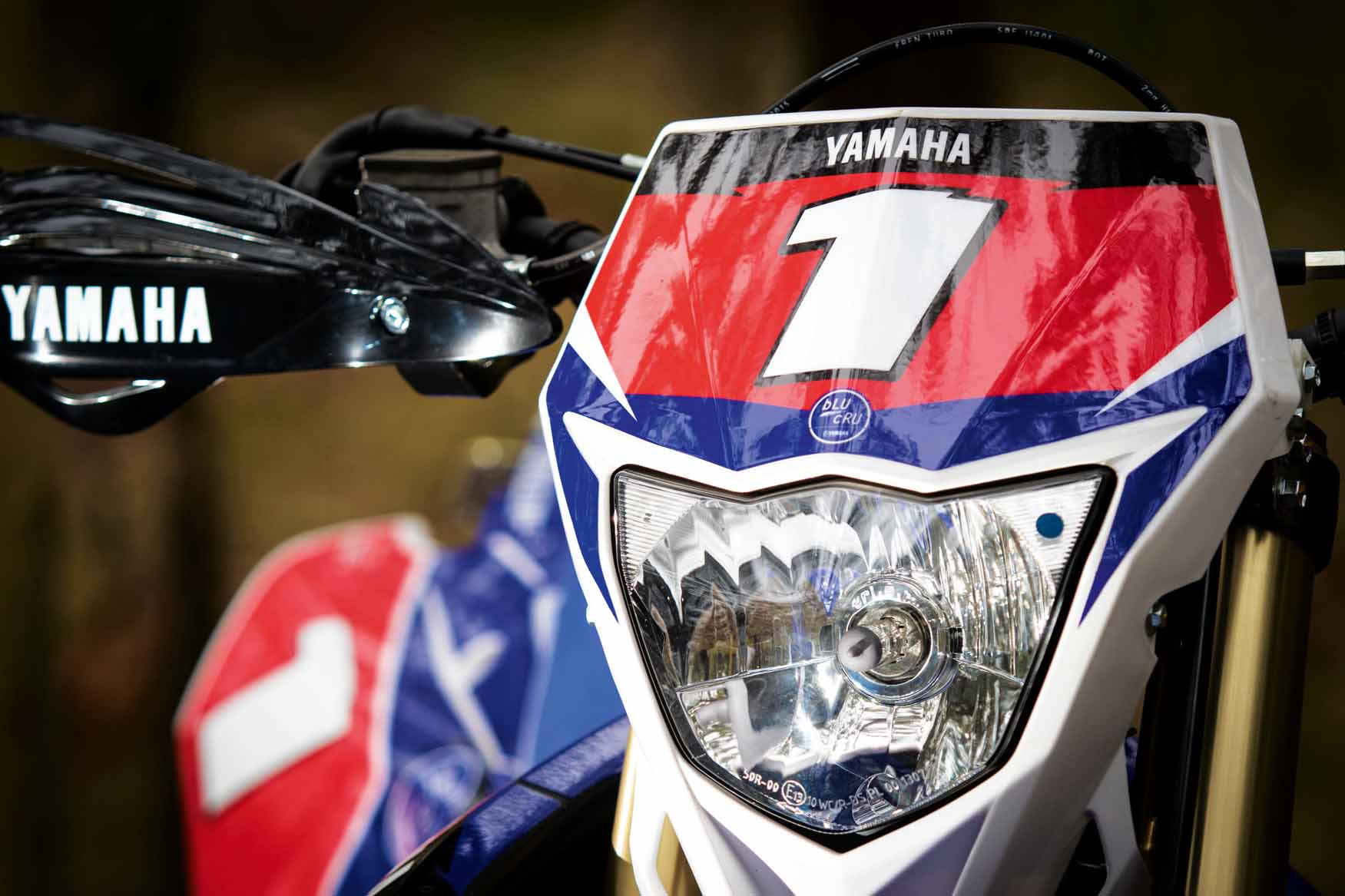 What’s surprised me a bit is how good it feels in super-tight stuff. It feels amazing on open tracks but, honestly, that’s something you can find on a number of other bikes. On the low-speed corner-to-corner trails, not all bikes are built equal. While the Yamaha works best with more physical input than the KTM 450 EXC, it’s more than capable of tracking accurately and maintaining a good pace with a steady throttle (with the Hollis map) in the gnarliest of conditions.

For me, the bike is too aggressive to ride easily in the bush; there’s too much YZ-F still in there

It’s worth mentioning here too that the Akro system works so well with the Hollis map to provide crazy torque and response. It’s still got a healthy top end for open-track bolts but most of the good stuff is packed into the most-used parts of the rev range. Aside from sounding amazing, it doesn’t destroy the linear curve of the mapping. We’re big fans of the pairing of the Akro and the Hollis map. 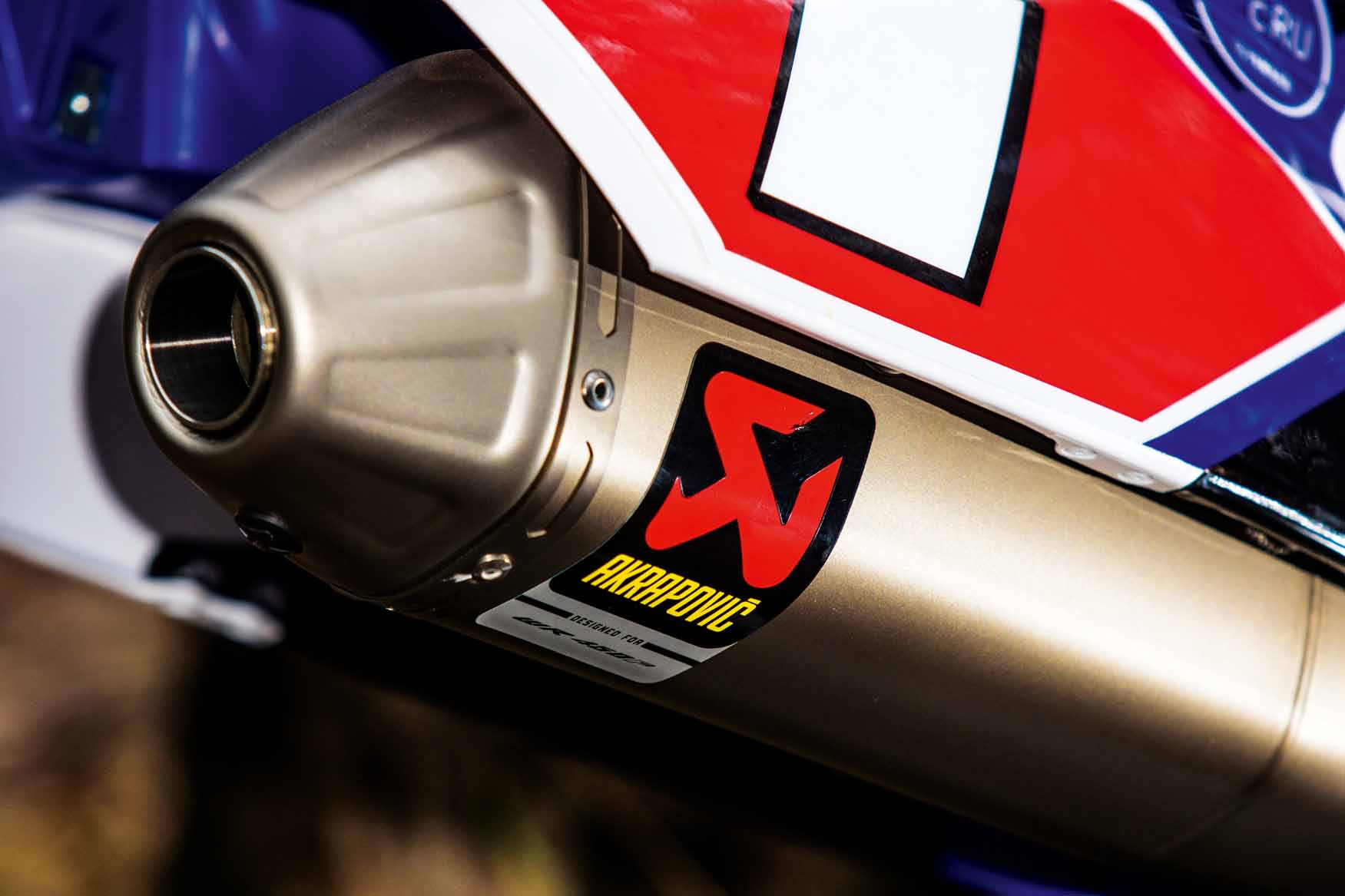 So, as I finish off this feature, I’m literally going to load up the bike and go for another ride. Yesterday I found a mud hole and spent 20 minutes playing in it (and the rest of the day smelling like industrial waste), some of which you can see on our Instagram account, and the overall feeling I get is that the bike is fun to ride and it makes me want to go get dirty.

That’s all I ever ask for from a bike. Make me want to ride. I have other things to do, mind you, and I spend the whole night working after I head into the bush instead of sitting at my computer like a good boy, but this is the feeling we all chase and I ain’t letting it go. 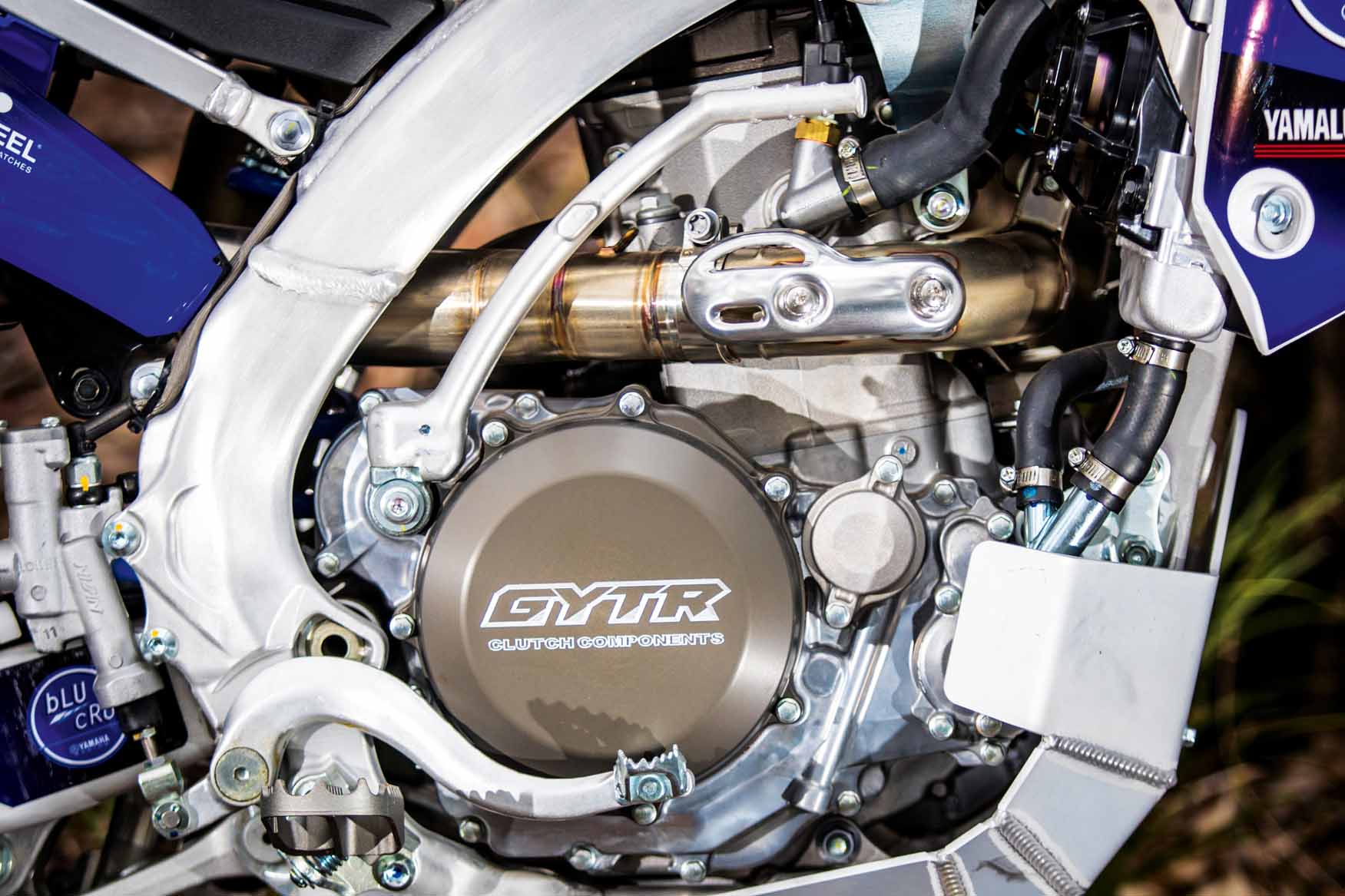