The series will feature a 14-Round battle for the Ricky Carmichael Cup. 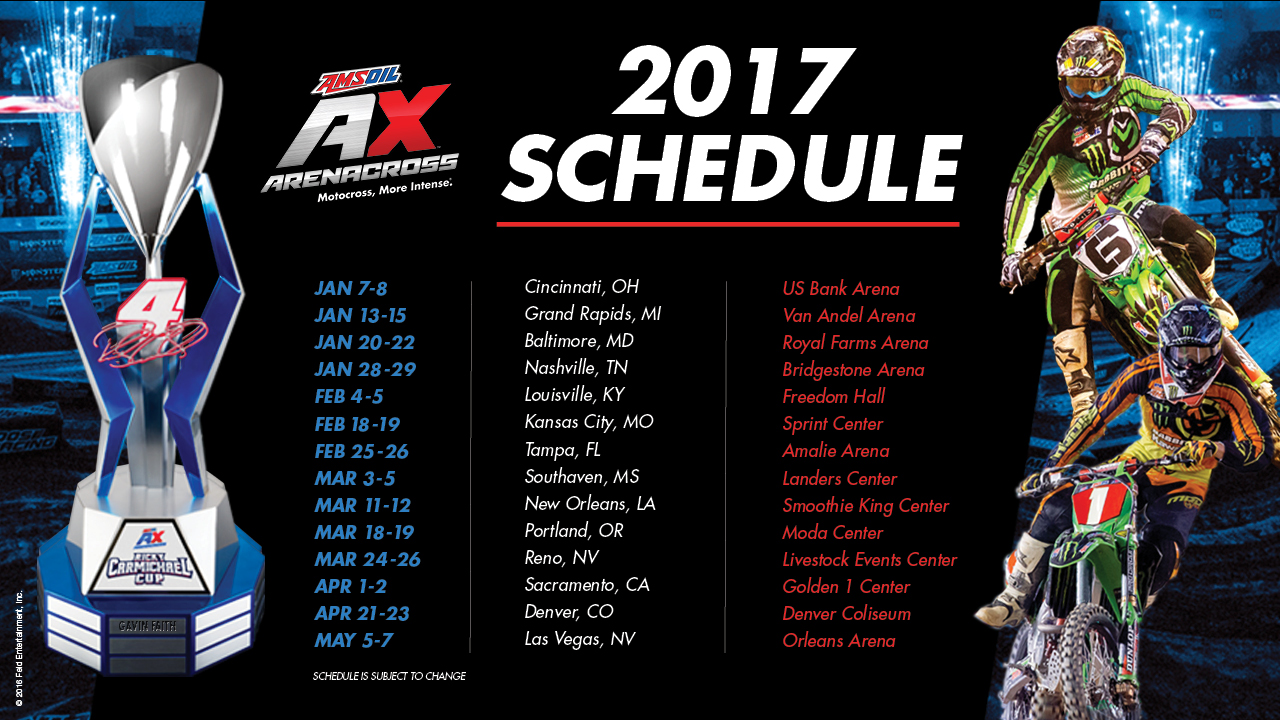 The championship will travel across 13 different states including new stops at Portland, Oregon’s Moda Center, home of the NBA’s Portland Trailblazers on March 18, and Sacramento California’s Golden 1 Center, where the NBA’s Sacramento Kings play on April 1.

AMSOIL Arenacross is the most intense motorcycle racing on the planet. These fearless and highly talented athletes will compete on man-made dirt battlegrounds built inside the country’s most well known arenas for 19 nights of high-speed, high-flying, fierce racing competition.

“The field is stacked in AMSOIL Arenacross; there are so many fast guys that could win on any given night, which makes it really exciting,” said five-time Monster Energy Supercross Champion, Ricky Carmichael.

“AMSOIL Arenacross keeps getting bigger and better every year and the talent of the riders coming in is at an all-time high. I’m really looking forward to seeing what the 2017 season has in store and whether Gavin Faith can hold on to that championship for another year,” Carmichael finsihed.

The 2017 schedule can be seen in full below.

Gavin Faith has taken out the opening round of the 2016 AMSOIL Arenacross following a 2-3 result. […]

Gavin Faith has taken over the AMSOIL Arenacross leader board following a clean sweep at Amalie Arena. […]

Austin Forkner has trumped the field in only his second career start at AMSOIL Arenacross. […]