Deep Blue: Yamaha’s YZ450F has attracted more scrutiny and criticism than any other Japanese bike. Is it really warranted? And how do you get the most from your YZ450F? DIRT ACTION digs deep to get the answers.

In 2010, Yamaha rolled the dice with a totally new bike that was far removed from what had come before it. The cylinder faced backwards, the exhaust weaved its way around the shock, the airfilter was under the tank and it was the first EFI bike from Yamaha.

Despite all the fanfare, the bike has not been without challenges. While sales of the model have been strong and positive for Yamaha, the GFC has seen a massive downturn in overall bike sales and, as a result, development of each year-model since then has been limited. The 2011 bike was all but identical to the 2010 model, while the 2012 sees only small changes to the exhaust, mapping and suspension.

The issue Yamaha executives face is deciding whether to keep throwing money into a diminishing market or make smaller changes and wait for the economy to pick up. Yamaha, along with most of the other brands, has elected to take the conservative approach and make smaller changes each year.

On the racing front, success has been patchy. In Australia, the CDR team has been ultra-successful and claimed several championships on the bike. Europe has also been a good hunting ground for the YZ450F and all that stands between them and championship success is a man named Cairoli. Yamaha and the YZ450F have found the US a much harder nut to crack. James Stewart wins nearly every heat race yet crashes in nearly every main event; he has changed teams after his previous team was a mess and other Yamaha teams have changed riders and personnel at regular intervals.

In my opinion, the US has struggled with the bike as there has been little or no continuity in the test program. Sure, the YZ450 is a different beast, but it’s not untamable as race teams in Australia and Europe have shown. The US needs to assemble the right technical staff, employ the right test riders and stick to a goal rather than jumping and reacting to every other simple fix.

As talented as James Stewart is, his testing skills are said to be limited at best. The other US teams employ young riders with limited or no testing experience, so the information coming back to the factory must be complicated to digest. Appoint a project manager, get the right people in the right spots and work towards a unified goal with the factory, then the appropriate fixes can be made to the production bike. 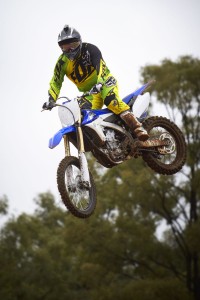 In 2012, again there’s little change in the production of the bike. To meet the new noise restrictions around the world, the exhaust has been modified for less noise. But to take up the slack of restricting the noise, the engine mapping has been ramped up.

The suspension also gets some internal valving changes and that pretty much completes the list of updates for 2012. Effectively, this is the same bike as 2010, so there should be a lot of information available about the bike and how to make the most of it.

How does it go?

Every EFI-driven bike has a similar style of power with a responsive, strong bottom- and mid-range surge before flattening out up top. This pretty much describes the YZ450’s style of power. It’s hard to gauge how the EFI system on the Yamaha has fared in regards to horsepower, as they just didn’t bolt up a throttle body to the existing engine. When the bike went to fuel injection, the engine was also reversed, went to a four-valve head and a host of other significant changes were made. But it can be said that the 2010–2012 engine is more powerful than the 2009 engine. 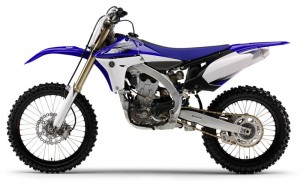 Buy a GYTR power tuner. It’s a simple, small, blue box that allows you to program nine maps into it and download one into a bike in seconds. These maps allow you to change the ignition and EFI mapping in an instant and are simpler than trying to set your bedside alarm. The changes in power delivery can be as subtle or as aggressive as you make it.

An exhaust will also help. Many of the aftermarket exhausts take the aggressive hit out of the EFI power and place a bit more over-rev up top. This makes the bike easier to ride while still gaining the right horsepower high in the rpm.

Yamaha durability. Since the four-stroke explosion, Yamaha has led the way with build quality. We have seen and heard of riders doing well over 100 hours on their YZ without laying a serious tool on it. While we don’t recommend that, we do know that the Yamaha donk is by far the most reliable and easiest-to-maintain motocross bike on the market.

Is the handling quirky?

Yamaha went through a mass centralisation program to get the majority of the weight low and at the centre of the bike. As a result, if you put a YZ450F on a set of bathroom scales, you will see the front and rear wheel carry almost the same weight in a near 50/50 split. Do the same to the other brands and you will see it’s 60/40 or thereabouts with the front wheel heaviest.

As a result, many new to a Yamaha say the front feels light. That’s because it is and the bathroom scales test proves it. Race teams around the world have tried to get a little more front-wheel bias back into the Yamaha just to help front-wheel traction. Aftermarket companies are now starting to produce engine mounts that can rotate the engine and give back that front-wheel steer feel. We are getting a set of these ourselves and will pass on our info ASAP. 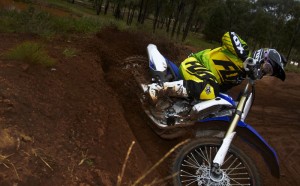 The KYB SSS forks are the best on the market. They offer a smooth action with a plush feel over braking bumps and good resistance to bottoming. Faster or pro-level riders bump up the spring rate just to stop dive under heavy braking and to compensate for the weight of the bike. However, the stock .47kg should be on the money for the majority of riders.

The shock also works well and our only advice is to get it serviced early and run high-quality shock oil that’s resistant to high temperatures. As the exhaust snakes its way around the shock, the heat generated can warm up the shock and cause the oil to go off. Good oil will eliminate this.

What else do I need to know?

The brakes are OK, but not the best in the business. Using an oversized front rotor on the YZ450F is a must to add power and feel. The airfilter is a bit of a pain to get at and it would be nice if Yamaha could find an easier way to access the filter on next year’s model.

Despite the changes made at factory level, the performance of the bike is much the same as the 2011 model. The changes to the engine almost nullify each other while the suspension valving changes are hard to detect unless you are riding the 2011–2012 in back-to-back tests. If you want a fast, reliable, high-performing 450F with good resale value, the Yamaha is exactly what you’re looking for. 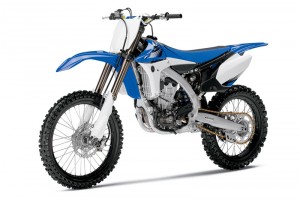