Australia’s Jess Gardiner endured an up-and-down start to her Women’s FIM Enduro GP World Championship campaign with a fourth and a sixth place at the opening round in Puerto Lumbreras, Spain.

Racing for the Outsiders Yamaha Racing- Team Enduro, Gardiner, who described the round as a tough weekend as it was a mentally and physically exhausting race for her. She managed to score a sixth and fourth place respectfully on a track which was covered in bull dust and challenging rocks to navigate her way over.

The weekend got underway well, with Gardiner finishing second in the Super test, saying it was a nice way to get the ball rolling.

The first day of racing on Saturday proved to be quite difficult for Gardiner, which marked her sixteenth race start in the FIM Enduro GP series. Unfortunately, she lacked a bit of speed and crashed many times throughout the day which resulted her finishing in sixth place. 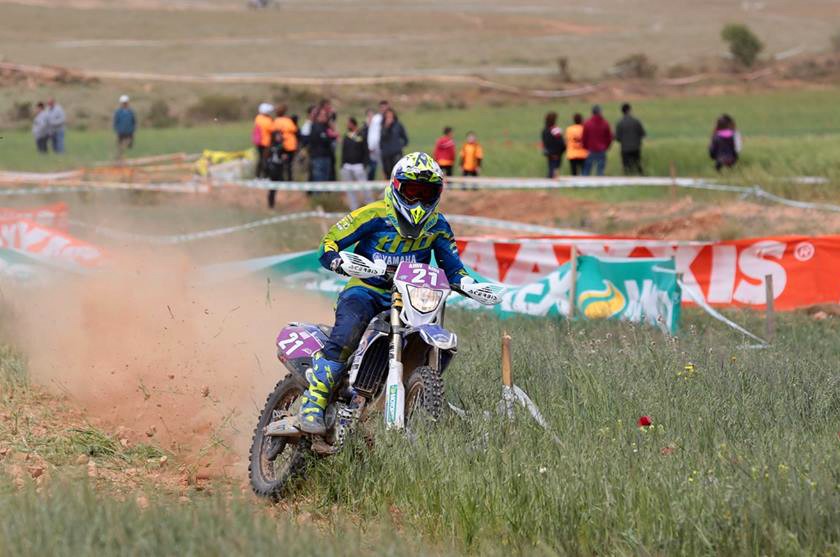 “I crashed two times in a lot of the special tests and two times on every lap in the Enduro test,” explained Gardiner. “It was just a really hard race as the trail was probably one of the hardest that existed in the world championships that the women do.”

Heading into the second day of competition, all Gardiner wanted to do was to improve on her finishing order the day before and simply get back to where she really should be.

A total time of 42min55.09 was recorded for Gardiner, however, she had a much better feeling with her Yamaha WR250F in all of the tests which saw her posting the fourth quickest times in four out of the six heats.

“Today was a much better day,” beamed Gardiner. “I managed to stay up on two wheels for the whole day, improve my times and finished a lot better than what I did on Saturday. So overall I can leave here in a much better frame of mind and head into round two of the Enduro GP with a bit more confidence.

“It was still a very challenging day I admit. I don’t think I have pushed and pulled a motorcycle around like I did in a long time. However, as I said, I’m very happy with today’s outcome which is the main thing.”

Gardiner has confirmed that she will contest the remaining three rounds of the Women’s FIM Enduro GP World Championship with the Outsiders Yamaha Racing – Team Enduro.

Gardiner will head into round two of the series in fifth place in the championship with 33-points to her name, one point shy from fourth place. The second round will take place at Parádfürdó in Hungary on 23-25 June.

Next stop for Gardiner is this weekend for the opening round of the Enduro-European-Championship which will be staged at Gouveia in Portugal.