Price was unstoppable aboard his factory KTM 500 EXC-F, topping the Prologue before setting a blazing pace from Alice Springs to Finke and back to register an overall time of 3h55m25.1s, placing him 10m19.7s in front of Walsh following a gruelling 480-kilometre return trip in the relentless Australian outback. 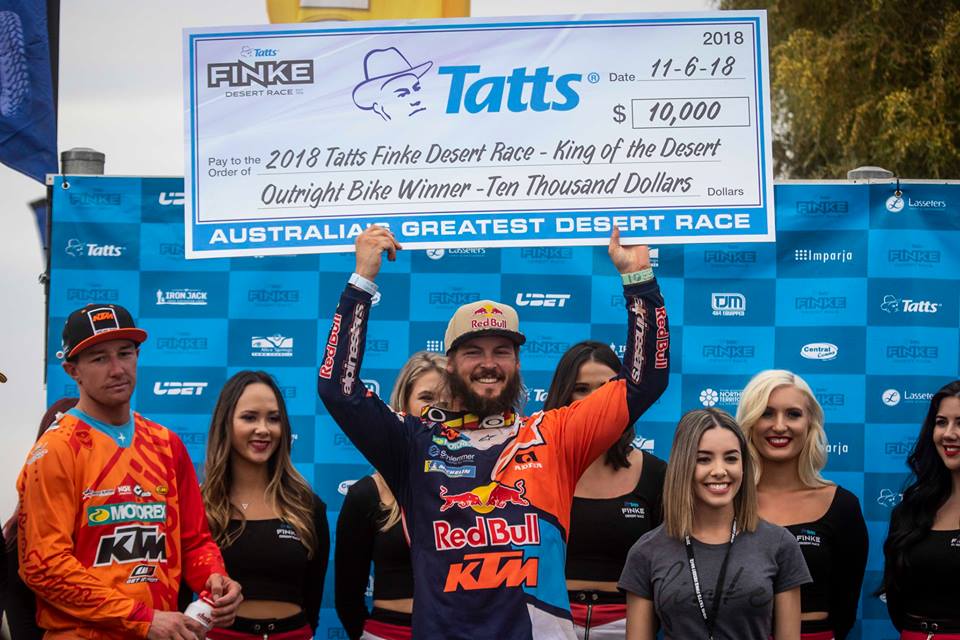 After missing last year’s Finke Desert Race through injury, 30-year-old Price proved the class of the field in 2018, leading the way down with a time of 1h57m45.6s to establish a 4m12.8s advantage overnight. He upped the pace marginally on the run home with a 1h57m39.5s effort to deliver one of his most impressive performances yet and become the winningest rider of all-time in the iconic event.

Walsh, 28, was the perfect wingman alongside former Dakar Rally winner Price in this year’s edition, recording the second-fastest time to Finke despite starting out of position 28 following the Prologue and still recovering from a major incident while preparing in the lead-up. He ultimately maintained position two as he took the final chequered flag this afternoon, returning to the rostrum for the first time since 2016 in a heroic ride. 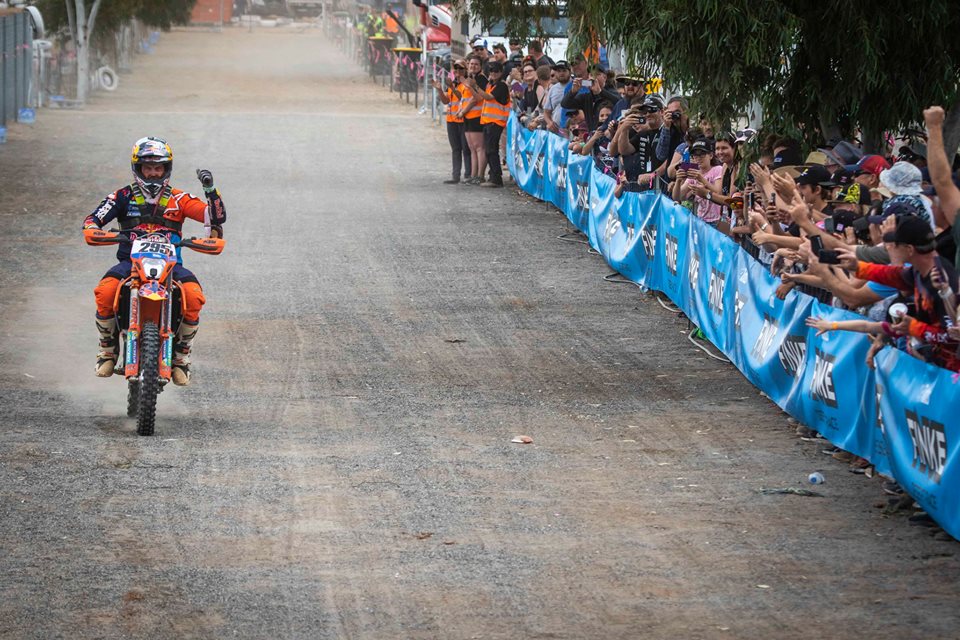 And KTM’s success didn’t end there, with supported riders Jack Simpson and Kent Collins finishing third and fourth respectively, much to the delight of participants taking part in the KTM Australia Adventure Rallye: Outback Run, which culminated in the Northern Territory to show their support of the KTM-mounted racers competing.

Glenn Kearney – Motorsport Manager, KTM Australia: “What an awesome event for the whole North Star Pastoral KTM Desert Racing Team! It was a 1-2 finish across the line with Toby Price and David Walsh on the KTM 500 EXC-F machinery, plus it was great to see Jack Simpson across the line in third also on the same model. It was a huge effort from our whole team and we couldn’t be happier – especially after the disappointment of last year and to sweep the podium is unreal. Toby, what can you say about the guy? He is an absolute freak and showed that throughout this year’s event. And it was a super-human effort from David after having the biggest crash just two weeks ago. It was in doubt whether he would even be able to line up, so for him to come through from 28th to second in these dusty conditions was just unbelievable. Finke is a huge effort from the whole team, the riders and mechanics right through to all of our helpers, with 36 people involved. We can’t thank North Star Pastoral and, most of all, KTM for the opportunity to go out there and show exactly what our bikes are capable of.”

Toby Price – KTM 500 EXC-F: “At the finish of the Finke Desert Race 2018, I’m really stoked to come away with the Outright win number six to take the record, so it’s been a good time. I can’t thank the KTM team enough, they’ve done a lot of hard work and without them it wouldn’t have been possible. Like I said, I’m just really pumped to get six wins with KTM and they’ve given me so much support every time we’ve been running this race, so it’s cool to top it off for them with another win this year.”

David Walsh – KTM 500 EXC-F: “I’m really happy with this result in the 2018 Finke Desert Race. I was able to push really hard on day one and managed to put myself into second place, so from there it was good to maintain that today and take that spot on the podium. I’m really pumped for the whole North Star Pastoral KTM Desert Racing Team and to bring it home in one piece to join Toby in a 1-2 result for everybody involved – I can’t thank the crew enough for all of their efforts once again this year.”

Alana Baratto – Marketing Manager, KTM Australia: “This is a fantastic result for KTM! This domination is achieved through the hard work and the determination of our riders and team, as well as through the outstanding support of our main partner North Star Pastoral. The Finke Desert Race is always a highlight of our racing calendar and it was very fitting to have our 2018 KTM Australia Adventure Rallye culminate here in Alice Springs for this iconic race. To have 250 KTM riders here with us was a sight to see at scrutineering and the Orange cheer squad was an awesome boost for our hard-working team.” 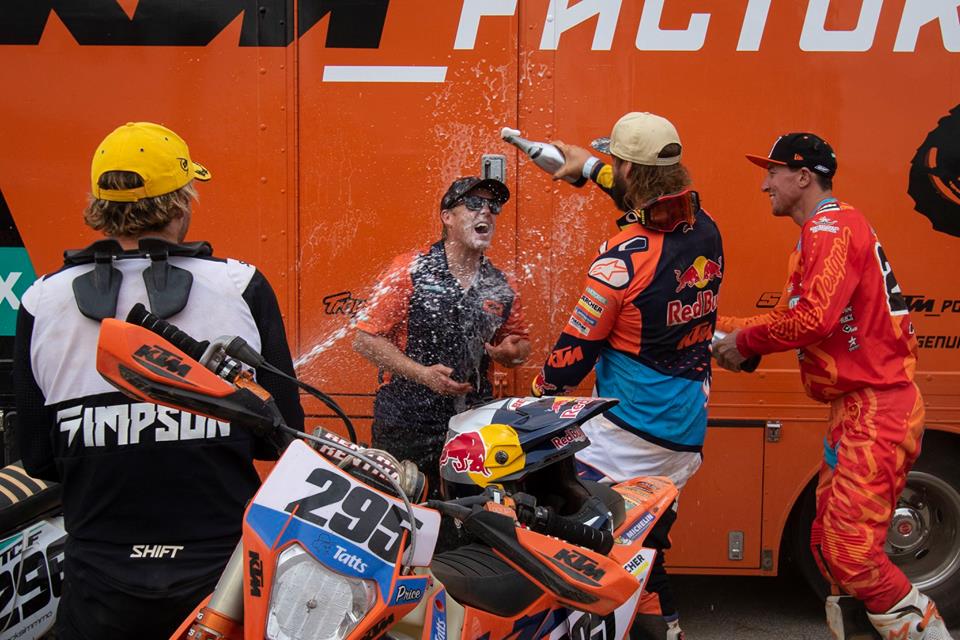