The MXGP leader will be decked out by the brand for the remaining five rounds. 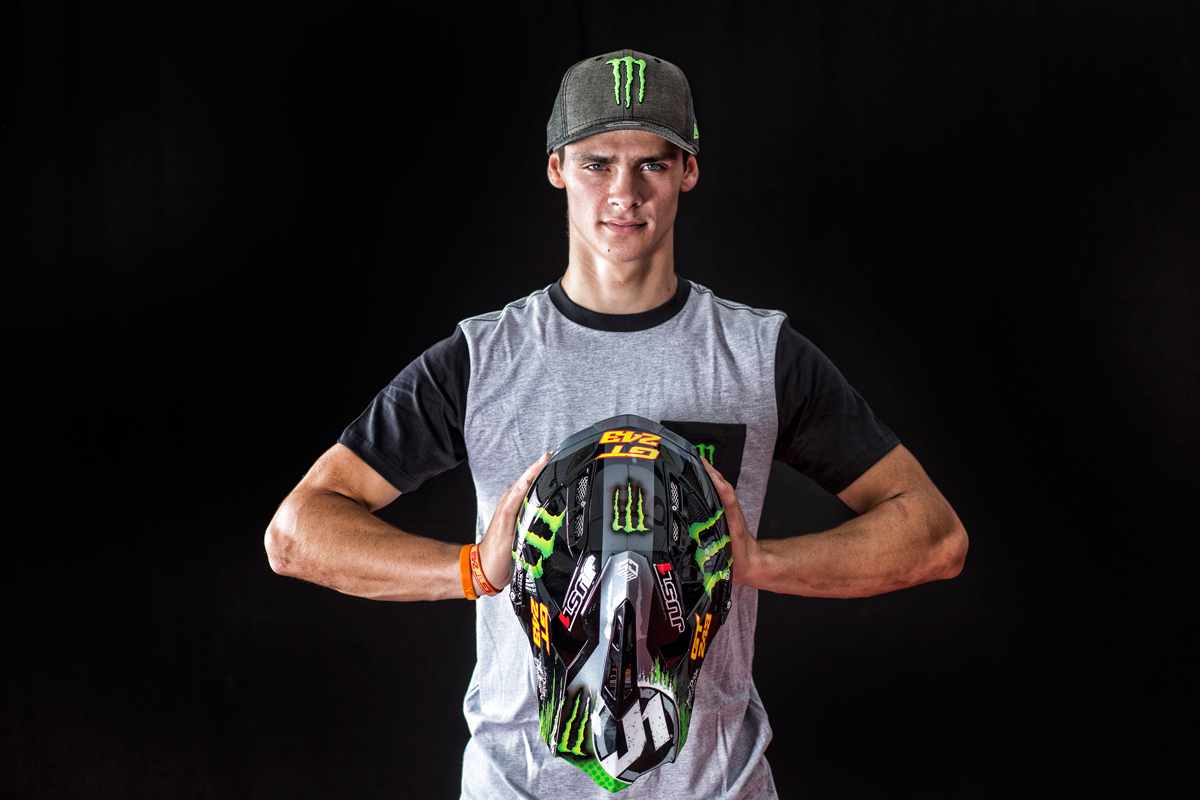 The 19 year old Slovenian is making waves in his rookie MXGP year, currently holding a 109 point lead in the championship. In wake of his success Gasjer has signed a deal with Monster Energy that will see him wear a branded helmet and use Monster branding on his Honda Gariboldi bike.

“For sure this is really nice and it’s an honour to be part of Monster; you just have to look around MXGP and you can see it everywhere, it’s a really big deal in motocross,” said Gajser.

“Motocross has really grown a lot in Slovenia in the last two years. It feels like it is in the newspapers or on the TV a lot and whenever I look I see ‘Tim Gajser’! It’s really nice for me and my family because we have been working for that and we wanted to get to the top and to be well known. It is great for me but also for the country and what we have seen around the tracks recently at Mantova [Lombardia] and also Loket [Czech Republic] is unbelievable; it is unusual to see so many supporters there just because of one rider.

“Those guys spend their money and holiday time to travel and come to the races and not just from Slovenia but from all over Europe so I’m really thankful and appreciate everything.”

Hear from the stars of the show following round seven of the MXGP World Championship. […]