After dominating the Monster Energy Aus-X Open in Sydney, Rockstar Energy Husqvarna’s Jason Anderson has jetted across the world and been crowned King of Paris 2018.

The reigning AMA Supercross Champion won four of the six motos contested during the weekend at the U Arena. Enjoying a successful debut aboard the FC 450 ROCKSTAR EDITION machine, Zach Osborne claimed a solid third overall at the 2018 edition of the Supercross de Paris.

Starting his weekend with victory in the short opening moto on Saturday, Jason Anderson didn’t finish outside the top-three in any of the six motos contested over the weekend in Paris. Topping the overall standings after the two nights of racing in France, the Rockstar Energy Husqvarna Factory Racing rider will now return to the US to continue his preparation for the 2019 AMA SX series.

Securing one race victory on Sunday and another three runner-up moto results over the course of the weekend in Paris, Rockstar Energy Husqvarna Factory Racing’s Zach Osborne marked his debut on the FC 450 ROCKSTAR EDITION with a highly positive third place overall result. Battling for the runner-up spot throughout the weekend, Zach suffered a flat tyre during Sunday’s final moto and had to settle for third overall. 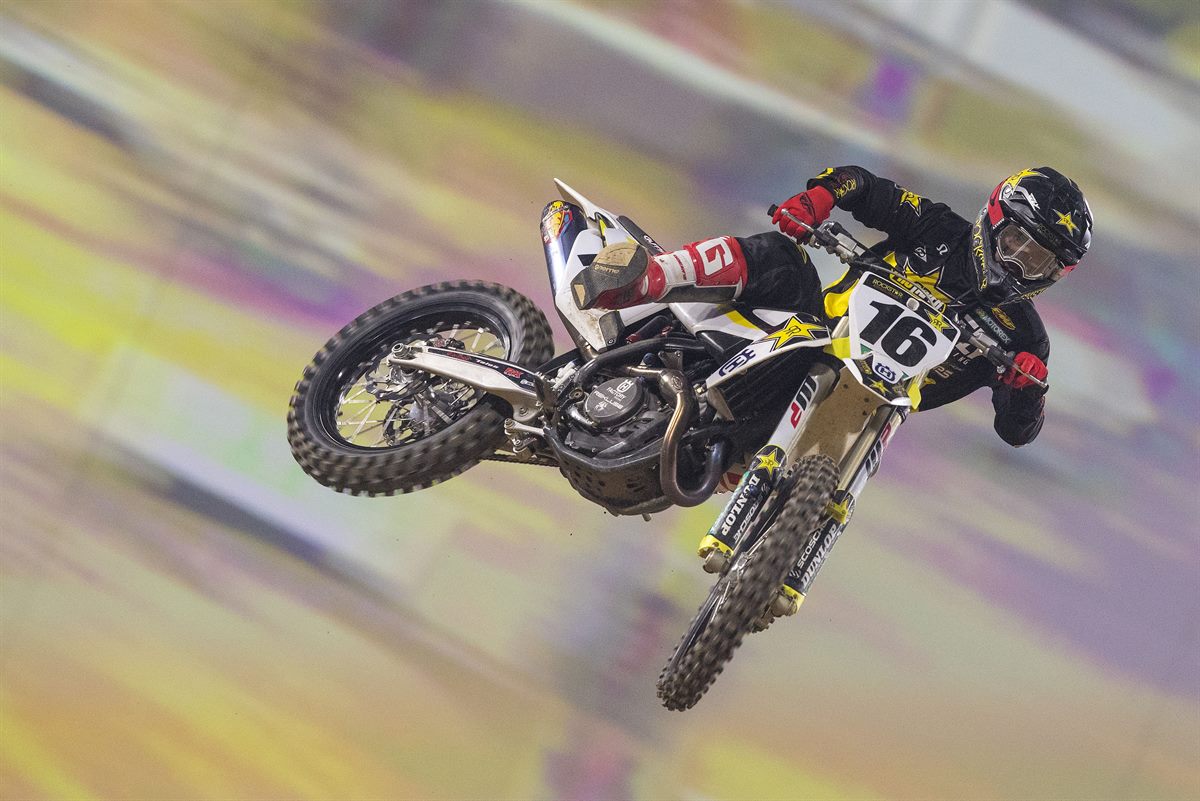 Jason Anderson: “The race was tough with some close racing on both nights and I’m happy with the overall win. The motos were short and I had to work a bit harder to make things happen. My lap times were not that good in qualifying and the superpole, but I was very happy with my speed in the motos and that’s what matters the most. I showed some good racecraft this weekend and that’s positive. I’m heading back to the US now. I hope I can come back even stronger for A1.”

Zach Osborne: “It was my first race as an official 450 rider and I felt really good on my new bike. Overall, it’s been a really positive weekend for me and it was good to get third in the overall. In the last moto on Sunday I was running in second but had a flat tyre that dropped me behind. I have a very positive feeling so far in this off-season and I’m looking forward to the Geneva Supercross in two weeks time. I believe the track over in Geneva will suit my style more and I can battle for some good results there.”