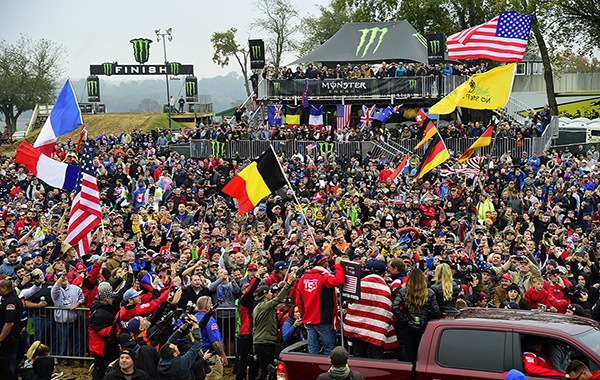 MEDIA RELEASE FROM THE FIM STATES:

Among the aforementioned riders, the fuel tests of No. 20 Michele CERVELLIN attested non conformity with the FIM fuel specifications provided for in Art. 63.01.2 of the 2018-1 FIM Technical Rules Motocross, regarding the properties for unleaded fuel.

On this basis, the FIM Race Direction of the above-mentioned 2018 Motocross of Nations has decided to impose upon Mr CERVELLIN’s team (team Italy) a disqualification from the entire event, in accordance with Art. 63.05.13 of the 2018-1 Technical Rules Motocross.